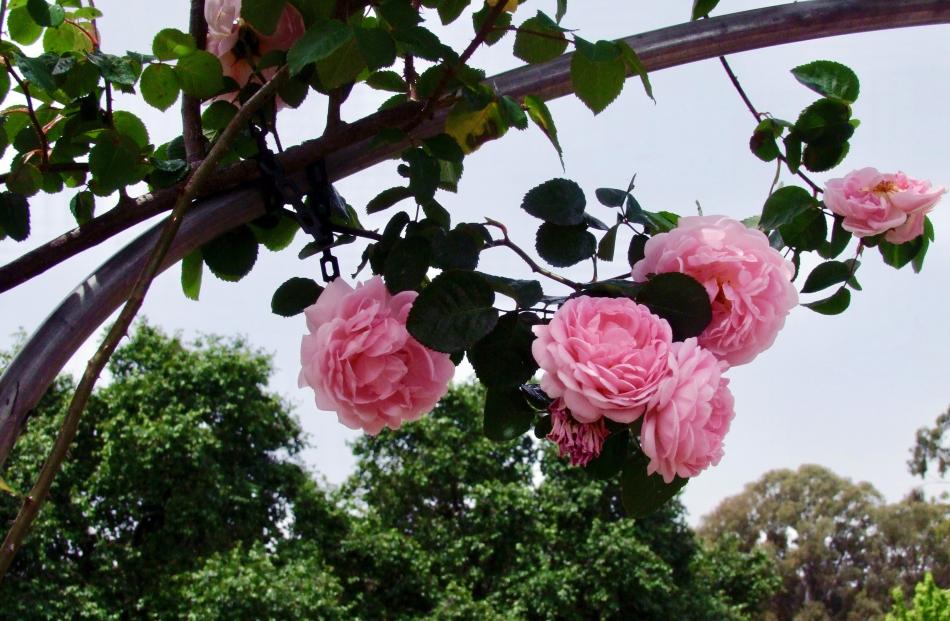 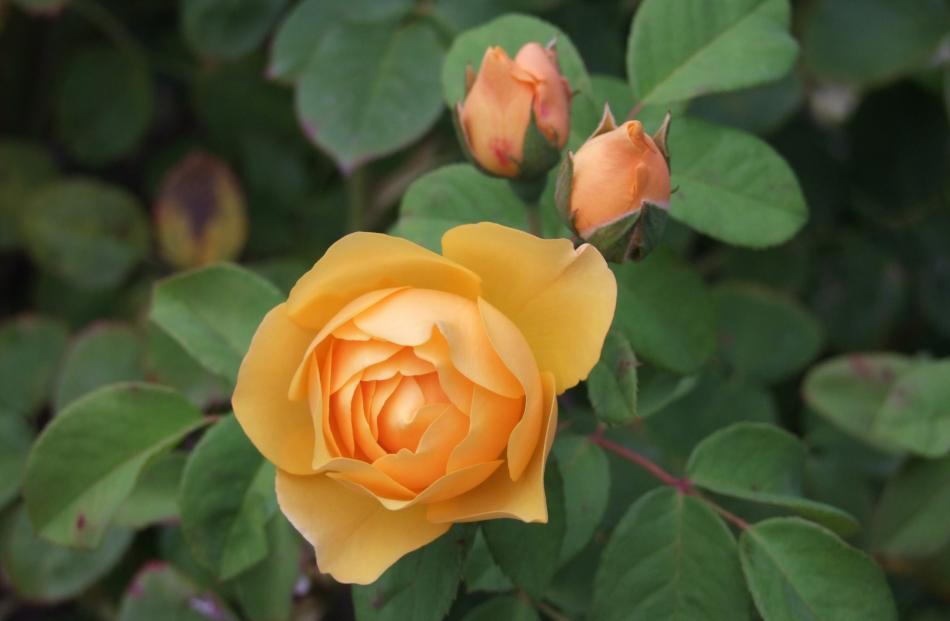 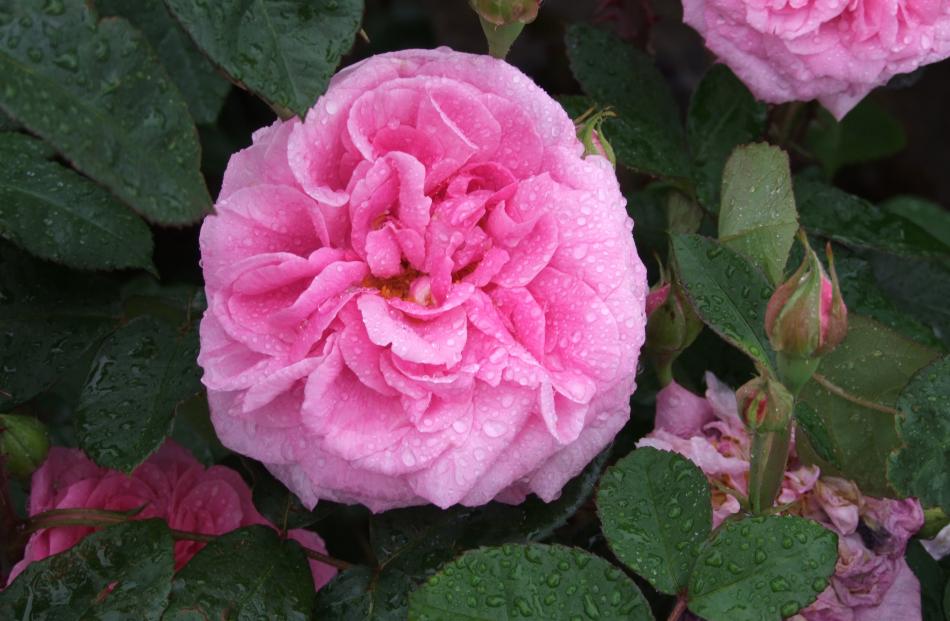 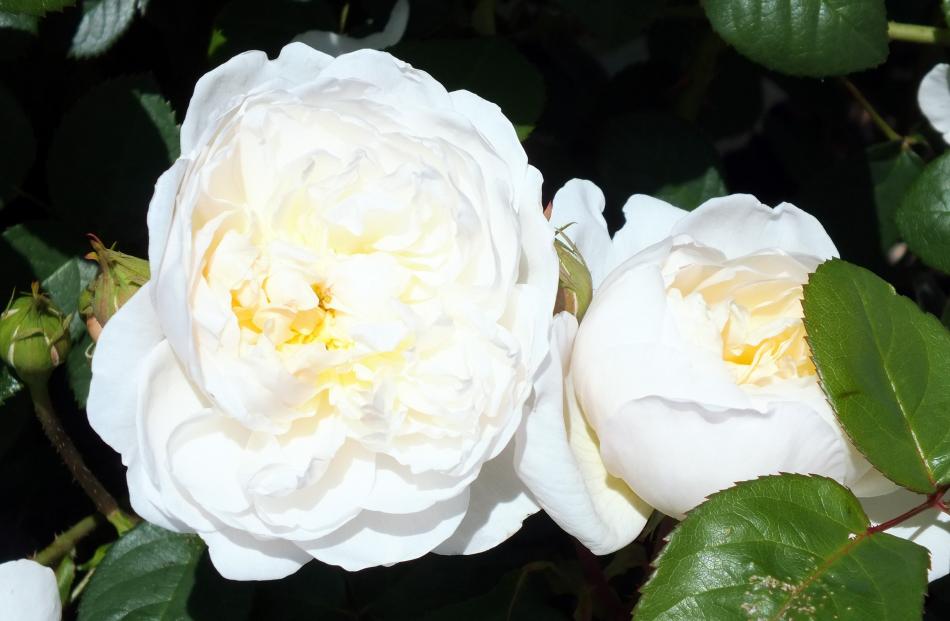 When Graham Thomas and Mary Rose were crossed, the result was Glamis Castle, quite unlike either parent. 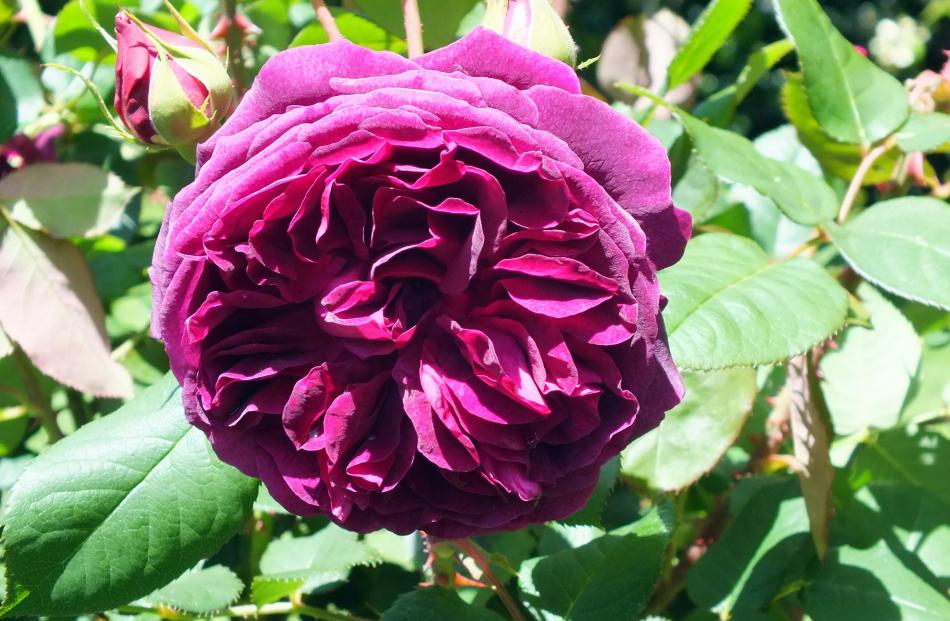 Munstead Wood is one of Austin’s best reds - and has exceptional perfume. 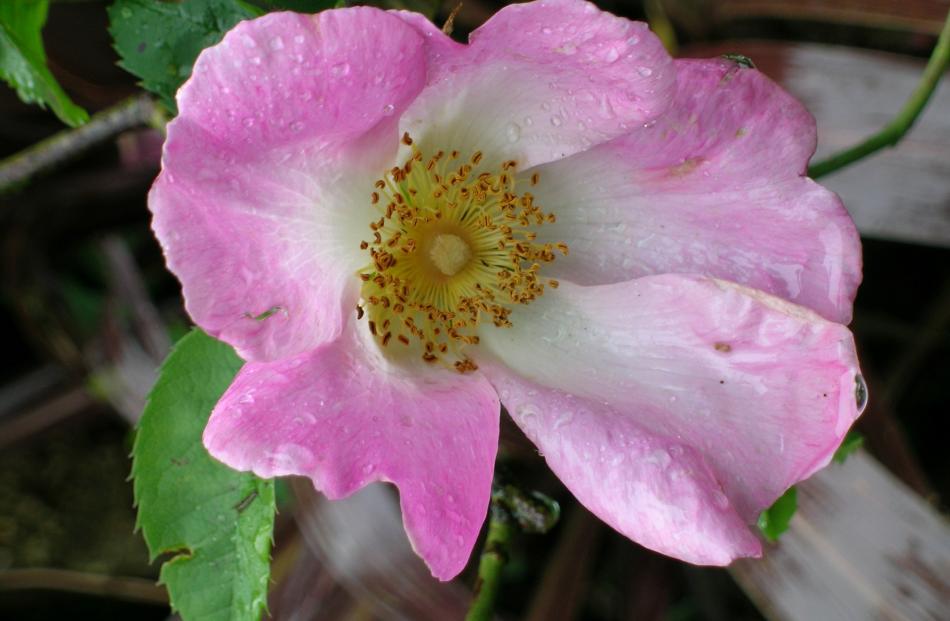 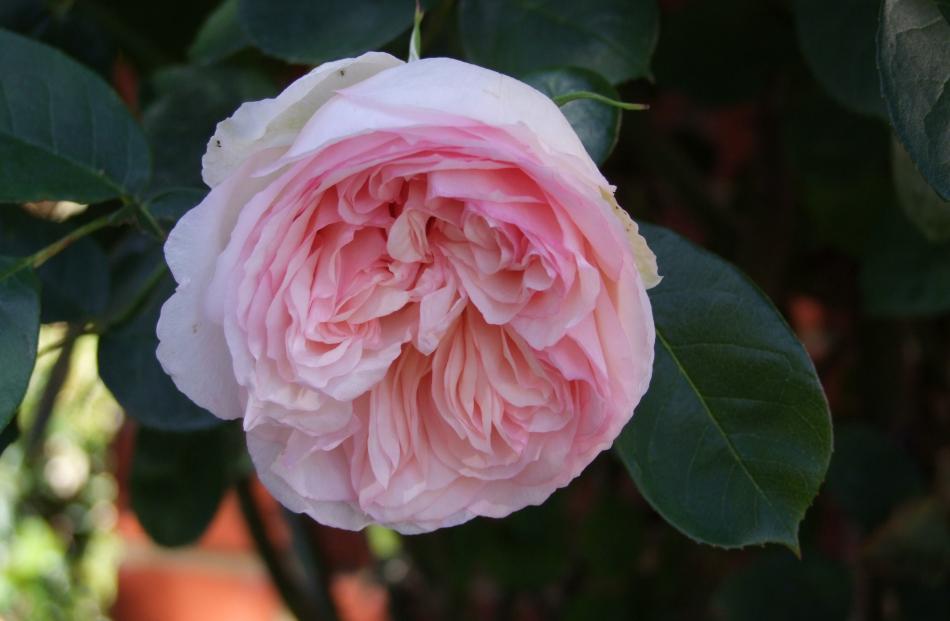 Gillian Vine looks at the contribution made to rose breeding by David Austin.

When David Austin died in December at the age of 92, some said it marked the end of an era, for the Shropshire farmer's son had been breeding roses for more than 65 years and released some 240 on to the world's markets.

Happily, his son and grandson are involved in the business and it is tempting to compare this three-generational attachment to roses with the McGredy family's long history of rose breeding.

When David Austin started out in the 1950s, hybrid tea roses dominated the market, but some had significant drawbacks, such as a tendency to disease, weak (or nil) perfume and sometimes rather scanty petals. Moreover, they needed to be grown in dedicated beds rather than as an integrated part of the flower garden.

Austin's dream was to breed roses with the full-petalled blooms and fragrance of old roses, such as damasks and gallicas, while overcoming the once-flowering characteristic of the blowsy beauties.

The old roses had other drawbacks which are rarely mentioned: their colours were limited to white, pink and purplish red; they were not reliable producers of seed; and when crossed with hybrid teas, tended to produce offspring with none of the parents' desirable traits.

But, at his property at Albrighton, Austin persisted and in 1961, 10 years after he began work, he released Constance Spry, named for the great English florist who had died the previous year. Although she is not a repeat bloomer, Constance Spry remains a favourite for her deeply cupped flowers and fine perfume. 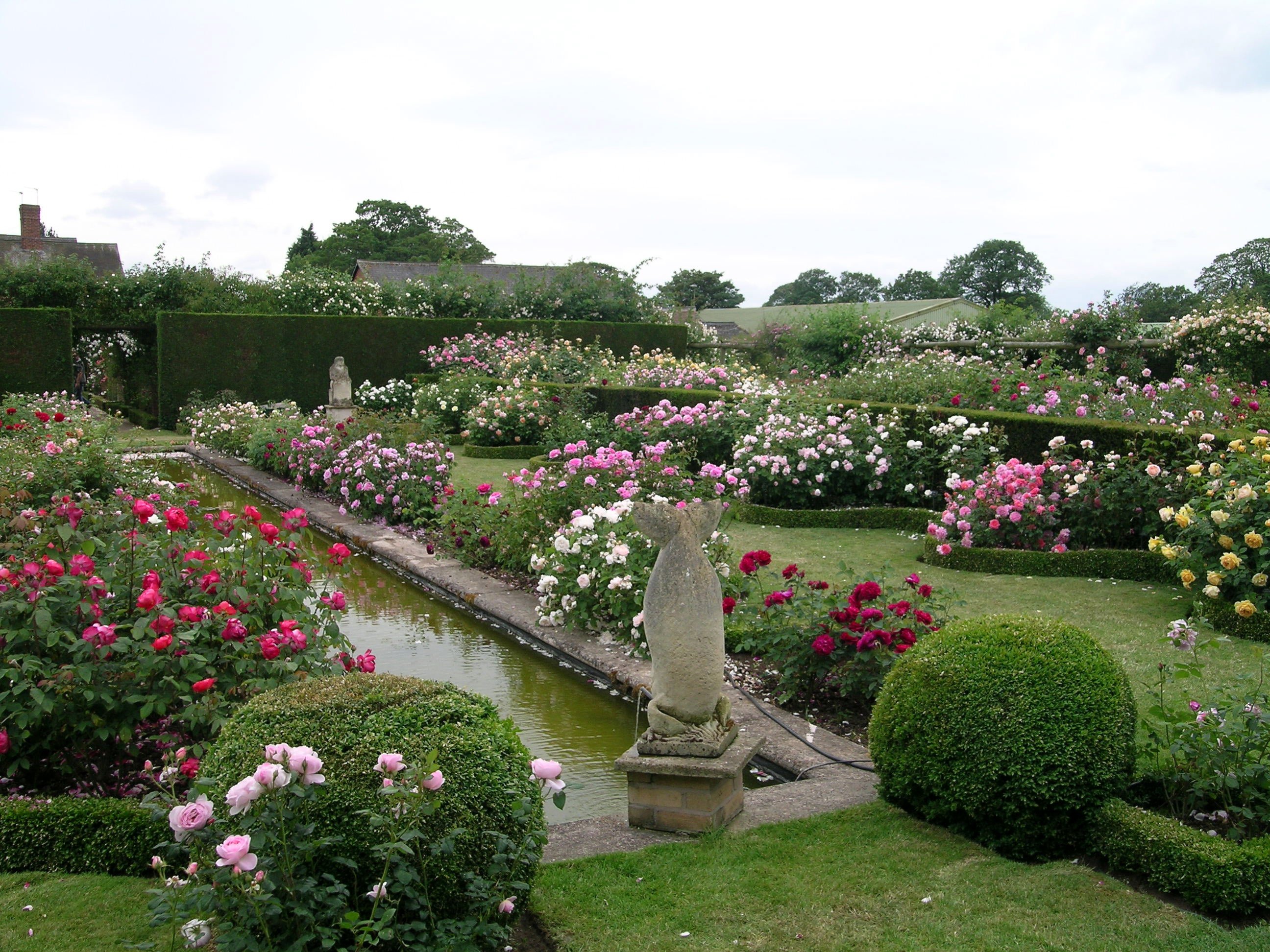 The garden at David Austin Roses, Albrighton, Shropshire, features hundreds of roses. Photos: Gillian Vine
In the late 1960s and early 1970s, Austin introduced the Chaucer roses, named after characters in The Canterbury Tales. In New Zealand, Wife of Bath is probably the best-known of this group.

Two of what were to become Austin's most successful roses were launched at London's Chelsea Flower Show in 1983. They were golden Graham Thomas and pink Mary Rose, the first named for the rose lover who was in charge of restoration of 100 National Trust gardens and who was a prolific writer on many garden topics.

Mary Rose took the name of Henry VIII's warship, sunk in battle in 1545 and lifted from the ocean bed in 1982.

These two roses showed the characteristics their breeder sought, and although neither has particularly strong perfume, they are still extremely popular, especially Graham Thomas, which grows so strongly in the New Zealand climate that it is best treated as a climber.

For those who prefer a truer yellow, Happy Child (1993) stands out as one of the best and has the added advantage of being virtually thornless, while Molineaux (1994) is rich canary yellow.

When Graham Thomas and Mary Rose were crossed, the result was Glamis Castle. Unlike either parent, it is a small creamy-white shrub with good perfume, making it a useful rose for a smaller garden.

Winchester Cathedral is another good white, originating as a sport - a bloom of another colour - found on Mary Rose, while soft pink Dapple Dawn is also a sport, in its case discovered by Austin on Red Coat, which he did not breed.

Dapple Dawn is one of the few single Austin releases, the best known probably being lemon-yellow Windrush (strictly speaking a semi-double rose).

Other Austin cultivars included orange and copper, including Pat Austin, named after his wife, and some excellent reds, of which L.D. Braithwaite (1988) is a lighter crimson than 2007's standout Munstead Wood, with its dark bluish-red blooms and knockout scent.

Every rose lover has their own favourites. Mine are apricot-pink Abraham Darby, Munstead Wood and musky apricot Perdita, the latter accused of being a ``poor doer''. No longer sold by the Austin nursery, it did well for me in a previous garden, an interesting example of how some roses perform better here than in their country of origin.

Even with their breeder gone, Austin roses remain one of the great chapters in gardening.