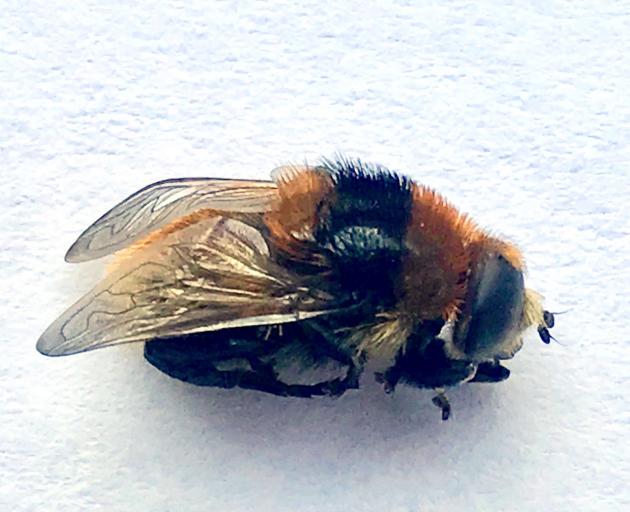 But when daffodils come up erratically, have distorted yellow leaves or simply fail to appear, the larvae of a nasty hoverfly could be responsible.

This is the European narcissus fly (Merodon equestris), which was accidentally imported into Invercargill in a 1906 shipment of bulbs. 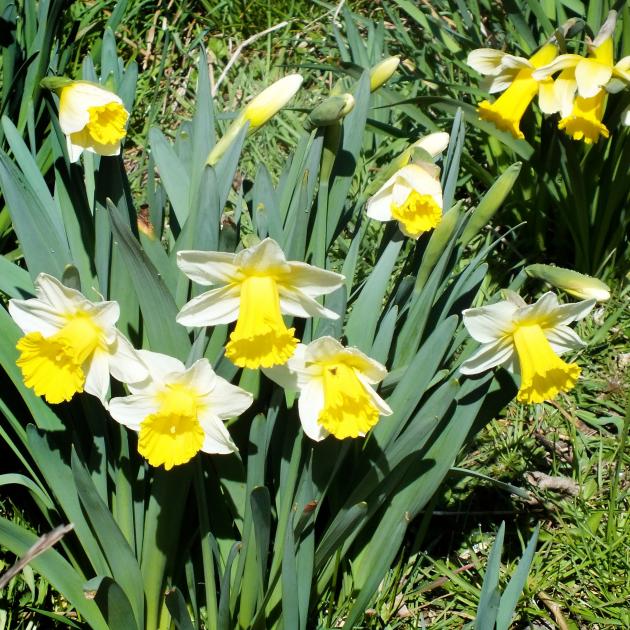 Daffodils whose bulbs lie well underground seem less likely to be damaged by narcissus fly.
In January 1908, the government of the day gazetted the fly as a disease"within the meaning of the Orchard and Garden Pests Act" but still it spread, not helped by an infected shipment of 25,000 narcissi, arriving in Auckland from Holland in 1920. Those infected bulbs were destroyed but some of the live flies in the cargo probably have survived, as by 1935 an Auckland garden writer complained that the pest was now "all too common".

It was present in Dunedin by then, too, and has since spread throughout New Zealand.

M. equestris is native to the British Isles and in this country adults are on the wing in late spring, so watch for them in October and November. It's a cunning piece of nature that their adult stage coincides with the end of the narcissus flowering season, as this is the point at which the 12mm females lay their eggs. Up to 100 tiny eggs are laid inside leaf bases or in the ground alongside the plants. 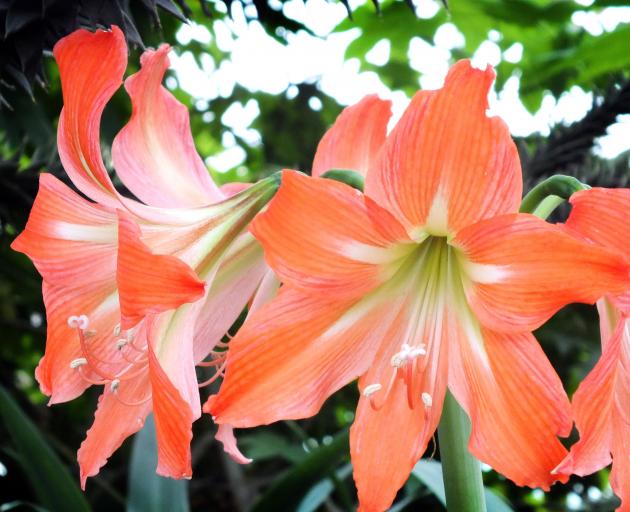 Narcissus fly will sometimes attack hippeastrum bulbs.
One maggot-like grub burrows into each bulb and feeds on the tender centre until spring, when it hatches. The brown gunge the grubs leave is their excreta, not rot, although their presence may also lead to bulbs decaying.

Daffodils are their main hosts but grubs are known to attack hyacinths, snowdrops, snowflakes and hippeastrums.

It is a myth that planting in shade deters narcissus fly females but it seems true that deeply planted daffodils are more likely to survive. Clumps of old daffodils and snowflakes in paddocks support this theory. However, the use of soil insecticides to combat grass grubs and porina may be responsible.

Destroying M. equestris is not easy. I've seen a suggestion that butterfly nets could be used to catch adults but that sounds slightly tongue-in-cheek and I don't want to get a grumpy bumblebee by mistake.

A soil insecticide, the organophosphate Diazanon - sold mainly for killing carrot flies and grass grub (porina) caterpillars - was once a "quick fix" for dealing with narcissus fly grub. It is also toxic to people and since 2015, only approved handlers are able to use it. The intention is that it be phased out completely by 2028.

Before they were banned in 2014, I successfully used crushed moth balls - full of naphthalene and dichlorobenzene - putting a pinch in the neck of each bulb.

Sometimes the remains of infested precious varieties can be saved by taking the scales, washing them in a weak solution of household bleach and replanting. 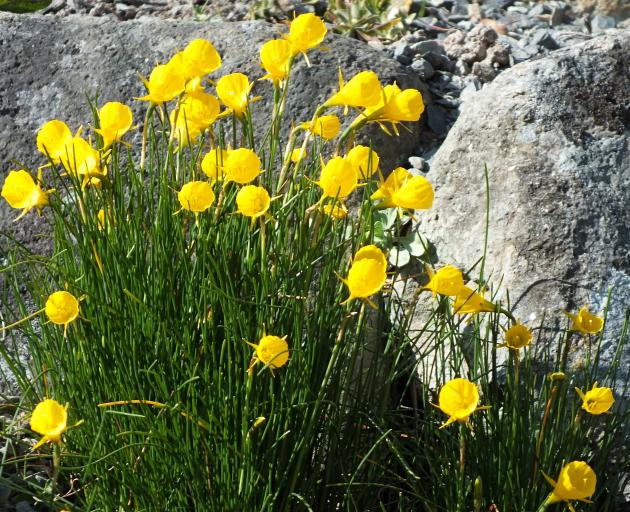 Merodon equestris tends to avoid narcissus with small bulbs, such as N. bulbocodium.
As with any garden pest, prevention is better than cure and breaking the life cycle by killing the grubs or stopping females laying eggs is a good start.

Any obviously damaged bulbs should be checked for grubs. I destroy M. equestris larvae by stomping on them, a very satisfying action, or dropping the brutes in boiling water.

Commercial growers have found that lifting their bulbs after flowering and soaking them in water kept at 43degC for three hours will kill eggs and larvae. This is unlikely to be a viable option for the home gardener because of the difficulty in managing to maintain the even temperature.

The easiest deterrent is to cover the bases of the leaves as soon as daffodils stop flowering. Heaped soil, fine mesh or pea straw work well, as does scattering wildflower seed in late winter or early spring so the plants will be tall enough to hide the dying daffodils.

Growing strongly scented herbs and small alliums around bulbs have been suggested but I cannot vouch for their effectiveness.

Spraying the leaves and ground with neem oil - or even fly spray - is helpful but it may simply cause the flies to head for someone else's daffodils.

Personally, I'm sticking with stomping, as well as spraying.

Like many hoverflies, Merodon equestris mimics another insect which is why narcissus flies are often mistaken for small bumblebees, not only in their colouring but also because they make a humming noise. The main differences are that their eyes are bigger, they don’t gather pollen or sting, and have two wings while bees have four.