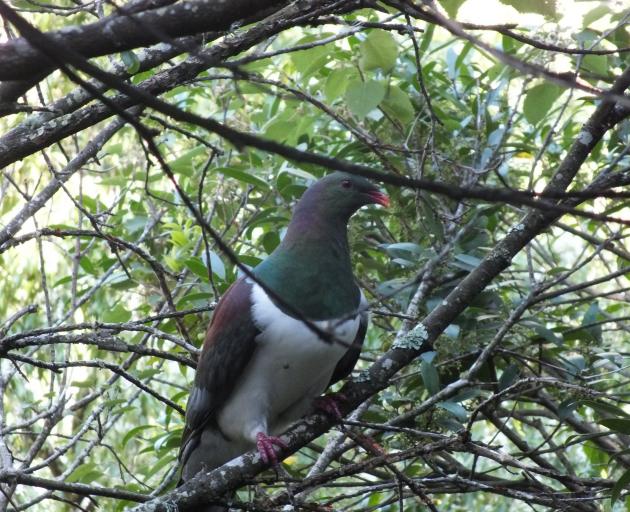 Kereru have adapted their diet to include introduced trees. PHOTOS: GILLIAN VINE
As well as putting out food in winter, encourage birds with suitable plants, suggests Gillian Vine.

The results of the annual bird survey have been released, with some interesting results.

This year’s count, from 6848 forms submitted, was 270,427 birds recorded nationally across 133 species. Otago people got in behind the project, which asked respondents to count how many birds visited or flew over the surveyed area in an hour. 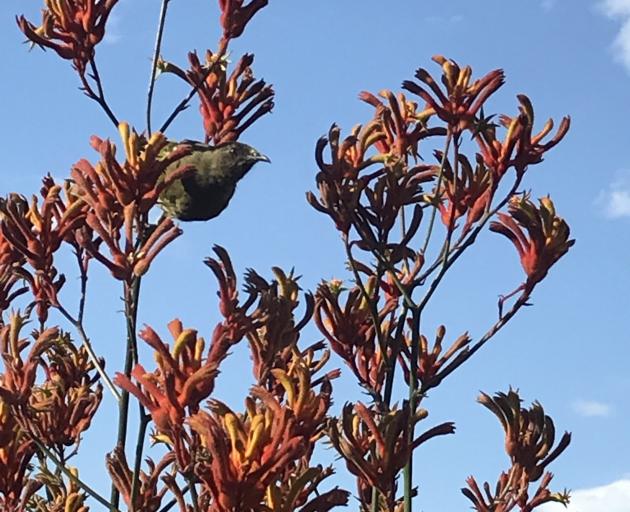 A bellbird on Australian kangaroo paw.
Top numbers observed in my Dunedin garden mirrored the national results, with sparrows the most numerous, followed by waxeyes (tauhou). Surprisingly, the national top 10 did not include kereru, which in recent years have increased markedly around Dunedin.

Some, like mynas (seventh on the list) aren’t seen this far south — and rock pigeons (10th) we could do without, but desirable species, including native birds, can be supported by feeding in winter. That may be with containers of sugar water or grain but plants are an important year-round source of food and gardeners can do their bit.

Birds can be grouped into those that eat insects, nectar, grains, fruit and leaves/flowers, but there can be an overlap. For instance, waxeyes eat insects — they’re great for chomping aphids on roses — but will go for fruit, sugar water, grain and even bread. Starlings (fourth in the top 10) can make short work of grass grubs in lawns or paddocks, yet adore cheese and fat scraps, too. 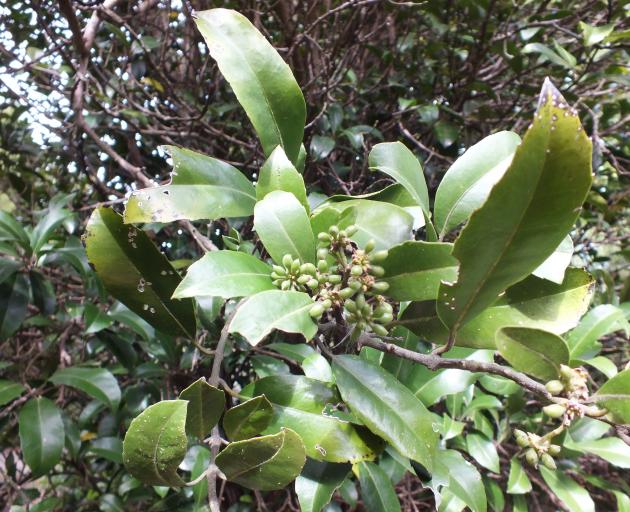 Aptly named pigeonwood (Hedycarya arborea) attracts kereru.
Native birds are essential for many plants. The curved beaks and unique tongues of nectar-loving tui (fifth on the top 10), see them playing a role in pollinating plants. These include kowhai and the extremely rare red mistletoe.

Kereru are primarily fruit eaters and enthusiastically gobble berries of miro, five finger, tawa and pigeonwood (Hedycarya arborea), but have adapted to European settlement by adding the likes of plums to their diets. When fruit is scarce, they feed on the foliage and flowers of kowhai, Dutch elm, tree lucerne, prunus and willow. 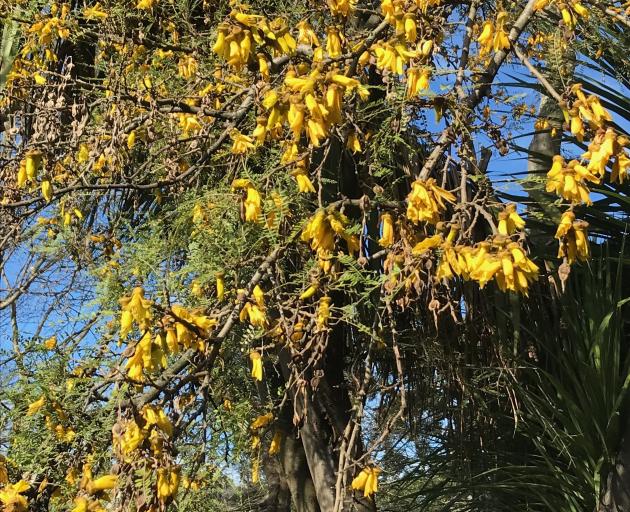 Kowhai flowers are full of nectar, which native birds love.
Kowhai is an unparalleled choice for tui, bellbirds and waxeyes, attracted by the rich nectar. The trees will grow up to 10m but gardeners with limited space can grow smaller species like Sophora molloyii, the Stephen’s Island kowhai marketed as Dragon’s Gold. One of the earliest to flower, it begins blooming in winter, a plus for gardeners as well as birds.

Golden-flowered mahonia also flowers in winter. Not a native, it has become a favourite of bellbirds, again because it is a good nectar source.

Our kotukutuku (Fuchsia excorticata) is the world’s largest fuchsia, a fast-growing, easy-care deciduous tree whose flowers attract honeyeaters, while its purple berries encourage a range of birds from kereru to blackbirds. 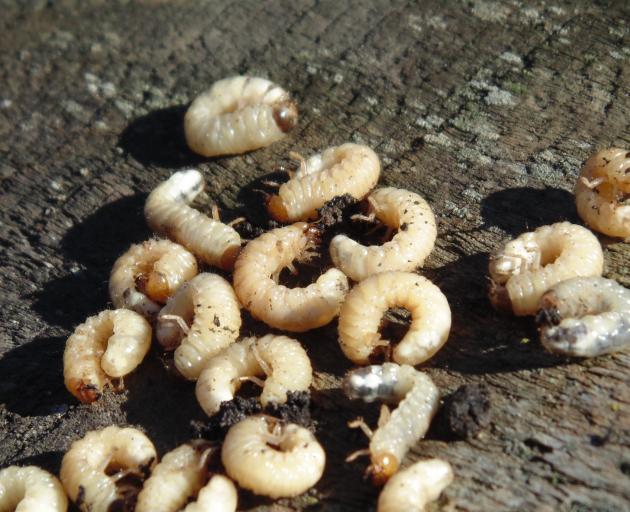 The flowers of flaxes (Phormium tenax species and cultivars) bring tui, bellbirds and starlings, and in warm weather, it is not uncommon to see drunken birds, presumably because the nectar ferments into a strong home brew.

Hot pokers (Kniphofia) are recommended because they bloom in late summer when nectar-rich flowers are rather scarce. In addition, they attract insects, which birds like, although it seems only swallows have the guts to take wasps. Unfortunately, seed of a dwarf variety ideal for smaller gardens appears to have gone off the market, although plants are still available. If you want to add an Australian touch, our birds love kangaroo paw (Anigozanthos species and cultivars) which, like hot pokers, flower in late summer. 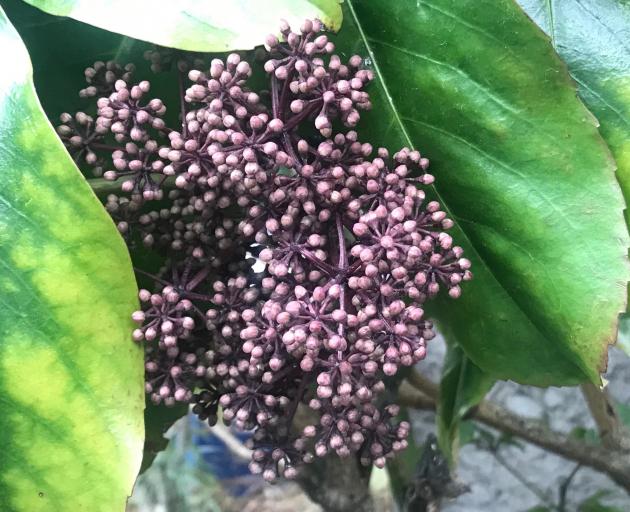 Five finger has berries that hold over winter.
Sunflowers make great summer displays, then give winter seed for the birds. Leave flowers heads to die and dry on the stalks and the birds will come when the seed ripens.

Introduced goldfinches can cope with sunflowers but much prefer thistle seeds, probably helping to spread these weeds.

Oh well, you can’t win every time in the garden. 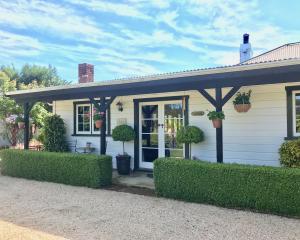