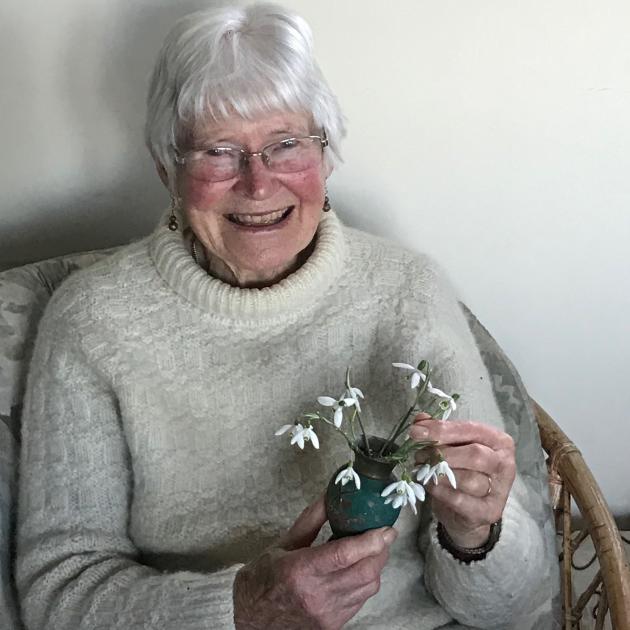 More than 70 years ago, Noelene Ombler was given a snowdrop and she has been growing them ever since. 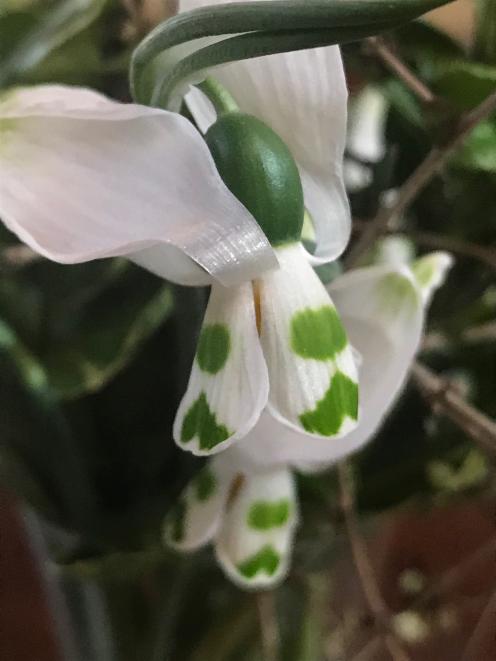 Hughes Emerald was bred in West Otago by Stanley Hughes.
In her Dunedin garden, Noelene has clumps of Galanthus nivalis, the little species that got her started, but now has more than three dozen varieties.

"I don’t go in for large displays," she says, a logical approach, as she and her husband, Dion, downsized in 2012, moving from a large Sawyers Bay property to St Leonards.

"Go to Larnach Castle if you want big drifts of snowdrops," she adds.

The castle’s collection, which dates back 50 years to Margaret Barker’s discovery of snowdrops there, includes one of Noelene’s favourite varieties, Hughes Emerald. This hybrid was bred by Stanley Hughes, who founded Tapanui’s Blue Mountain Nurseries in 1932. Stanley’s son, Denis, continues the interest in snowdrops.

"Hughes Emerald is the best Galanthus elwesii there is, the most reliable and beautiful," Noelene says.

Although associated with English woodland properties, snowdrops actually come from an area east of the Mediterranean to Asia Minor.

There are some 20 species and numerous cultivars, all extremely hardy. Being intolerant of humid conditions, they thrive in southern New Zealand, while those in the north have to make do with a spring-flowering relative, snowflake (Leucojum vernum).

A snowdrop bloom has longer outer petals around an inner group. Petals are white with green (or occasionally yellow) markings and it is the fine differences in flowers that help distinguish different varieties. Leaf shape and colour help in identification, too, as Noelene demonstrates with a recent acquisition called Curly, whose name comes from its curiously shaped leaves.

Among her favourite species is G. waronowii, which has shiny grass-green leaves, and G. reginae-olgae which has appealing, narrow two-toned leaves. 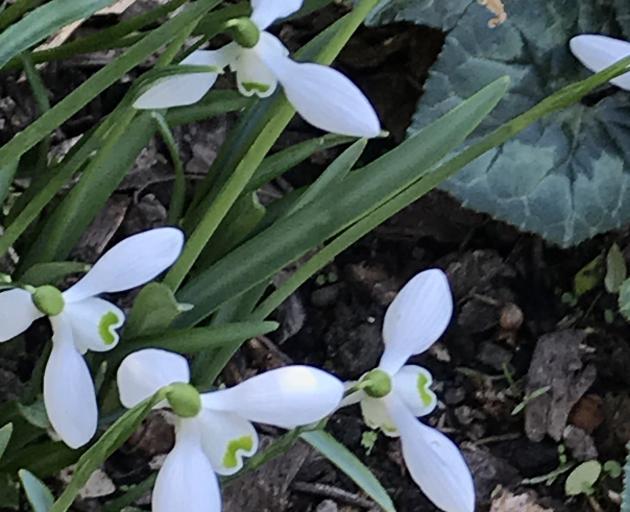 S. Arnott is a good variety for new snowdrop growers.
G. reginae-olgae, a native of Sicily, northern Greece and parts of the former Yugoslavia, is unusual, Noelene says, because it flowers in autumn, even before Earliest of All, which blooms in late May or early June.

Snowdrop enthusiasts, or galanthophiles, get excited about the smallest colour variation and many chase with determination the newest discoveries or varieties. In the north of England, when genetic variations produced flowers with yellow markings and golden ovaries (the seed carrier at the flower’s base), there was great excitement, especially the 1890 discovery of a double form marketed as Lady Elphinstone.

Noelene does not have any of these rare — and consequently expensive — yellow forms, although the markings of double Jacquenetta sometimes turn apricot as they age. This variety is one of what are known as the Greatorex Doubles, long-stemmed cultivars bred in England in the 1940s and 1950s by Heyrick Greatorex.

Another Greatorex Double, Ophelia, Noelene describes as "the most interesting of all snowdrops, very variable and unpredictable".

Ophelia actually has two flowers a bulb, with the second bloom smaller and quite different from the first, while its overall variability has led Noelene to conclude that "she is quite promiscuous". 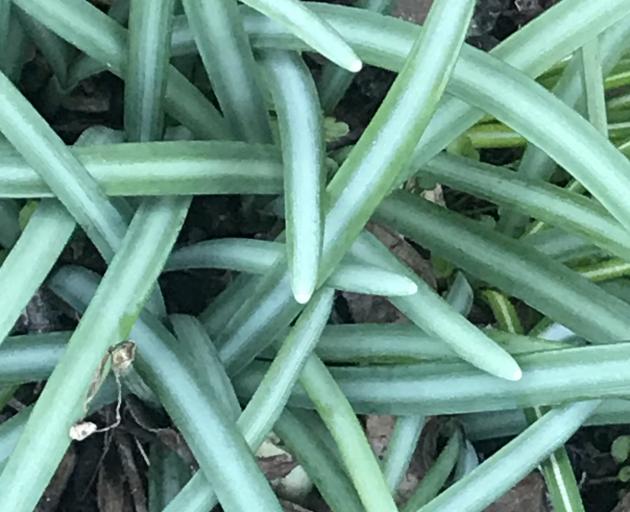 Galanthus reginae-olgae has appealing striped leaves.
Much as she likes Jacquenetta and the intriguing Ophelia, Noelene has a soft spot for a dumpier double, G. nivalis Flore Pleno, six of which Dion’s mother gave her after she and Dion were married.

Asked to name her favourite single, Noelene unhesitatingly opts for Magnet, which has a long pedicel, which it makes it flutter in a breeze. With its vigorous growth and ability to multiply quickly, Magnet would be good for those new to snowdrop growing, she says. Also recommended are Hughes Emerald, S. Arnott, Viridapice and Atkinsii, which flowers early, is long-lasting and perfumed.

"And G. nivalis is still one of the most delicate and pretty snowdrops," Noelene says.

Snowdrops are her passion, but her spring garden has lots more of interest. She grows rhododendrons, delightful dwarf narcissi, crocuses, hellebores and a dark red primrose bred many years ago by one of Noelene’s uncles, a reminder that she comes from a family of enthusiastic gardeners.

Unlike most bulbs, snowdrops are divided while in bloom or in spring before the leaves fade, a practice called "in the green". Bulbs can be planted in the garden in part shade, so under deciduous trees works well, as long as the ground doesn’t dry out. The longer they remain in one spot, the deeper snowdrops will go. For pots, Noelene recommends a good general mix with a gravel layer optional on the top. It is important that pots are deep because snowdrops develop surprisingly long roots. Wherever they are to grow, snowdrops should not be left out after digging, but replanted immediately.