Something special in Hokonui Hills 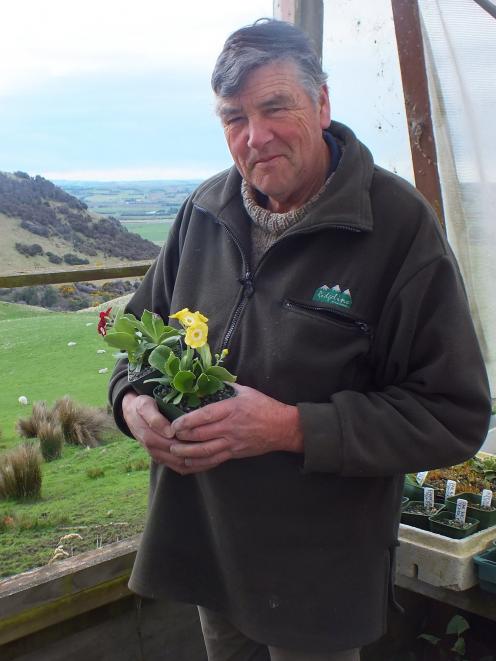 After 52 years, Hokonui Alpines is still growing strong and owner Peter Salmond is certain that selling plants rarely available elsewhere is a key to his survival.

"The reason we’re still in business is we’ve got such a vast amount of stuff we’ve collected over the years," Peter (69) said.

His range of small natives is impressive and includes little New Zealand brooms (Carmichaelia species) that mature into tiny mounds, vegetable sheep (Raoulia) and the lowest-growing of our 60 mountain daisies (Celmisia). However, the biggest seller this year has been the nursery’s selection of large-flowered, bright-toned auriculas.

"We were just inundated [with orders] from our catalogue," he said.

A far cry from the old dusty millers, many were produced from seed, with propagation being undertaken by his sister, Louise.

"She is just so knowledgeable and such a really good grower."

It’s not just her brother’s view: Louise Salmond’s entries are almost invariably show winners, as a wall in Hokonui Alpines’ office attests, being adorned with some of her numerous award ribbons. The highlight of the Salmonds’ year is a trip to the spring alpine plant show in Christchurch, hosted by the New Zealand Alpine Garden Society. There, they exhibit and sell plants and at this year’s show last weekend they clocked up more top awards.

"We exhibited some lovely specimens, including a choice Iris damascena and were very pleased with the sales on our stand and the awards we won," Louise said.

One of the beauties of events like this — including the Otago Alpine Garden Group’s show at the end of next week — is that all sorts of unusual plants "come out of the woodwork" with people selling from collections they’ve amassed over decades, she said. 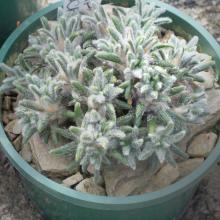 Hokonui Alpines started with Sunday drives around eastern Southland. The Salmond family lived in Gore, on a property of about 1.5ha. The garden had been designed by James Speden (1870-1952), a keen native plant collector, botanist and photographer, whose significant discoveries included Aciphylla spedenii and Celmisia spedenii.

"Our mother always had a hankering for hills and anything with rocks," Peter said.

When she found the Gore property too expensive to maintain on a pension, she began looking for an alternative.

"Our Sunday drives were out into the country to look at possible places for a house."

She found the right spot not far from Gore, at Croydon Siding in the Hokonui Hills. At an altitude of 225m, with the area’s typical long daylight hours in summer and low humidity, it was perfect for a nursery specialising in rockery plants. Mrs Salmond started the nursery in the mid-1960s while Peter was at Lincoln (he graduated with a Dip Hort with Distinction). When she died less than two years later, Peter took over, assisted by Louise.

The rare and unusual plants offered attract buyers from around the country. 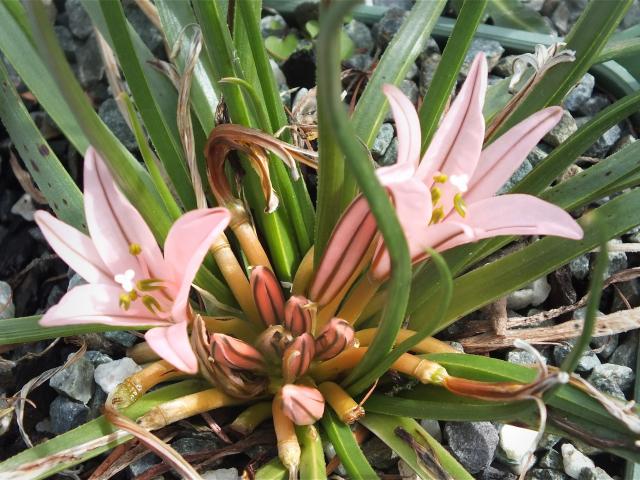 Asphodelus acaulis, from the mountains of Morocco and Algeria, is the only low-growing member of the genus. Photo: Gillian Vine

"I think in our industry, it’s a bit like stamp collecting — the rarer, the better," Peter said.

Visitors to the Croydon nursery are welcome, preferably by appointment, but these days some 75% of Hokonui Alpines’ business is mail order, largely thanks to the internet.

Louise is an excellent photographer, making use of her skill to illustrate the nursery’s online catalogue, which is frequently updated.

The beauty of having a website is being able to show plants in colour online and the availability of good courier services mean an Auckland buyer can receive Hokonui Alpines’ plants within 24 hours of placing an order.

"The courier business is very efficient but you’ve got to pack [plants] very carefully," Peter said.

Asked whether he sent plants overseas, he described the lengthy and expensive process to do so — ‘‘It’s just not worth  the trouble."

The nursery used to send seeds overseas but no longer does that.

The other side of this issue is the difficulty of bringing new plants and seeds into New Zealand, but this has, in turn, led to a hybridisation programme that makes the most of Louise’s exceptional skills. As well as native plants, she is crossing small bulbs and alpine plants brought into New Zealand before import restrictions were so tight. Her innovative efforts should ensure new varieties in future to tempt lovers of small treasures.

Peter and Louise Salmond will be at the Otago Alpine Garden Group’s Dunedin show at St Peter’s Church hall on Saturday, September 30, and Sunday, October 1. The show ($5 entry, including morning or afternoon tea) is open from noon to 5pm on Saturday and 10am to 4pm on Sunday. As well as exhibiting and selling plants, on Sunday Peter will demonstrate planting in troughs.