A change is coming 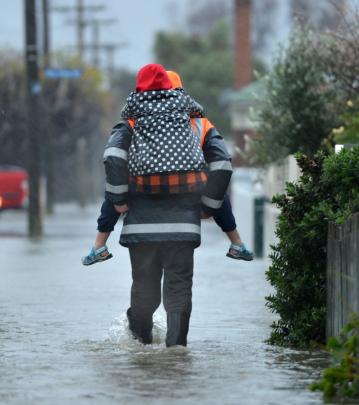 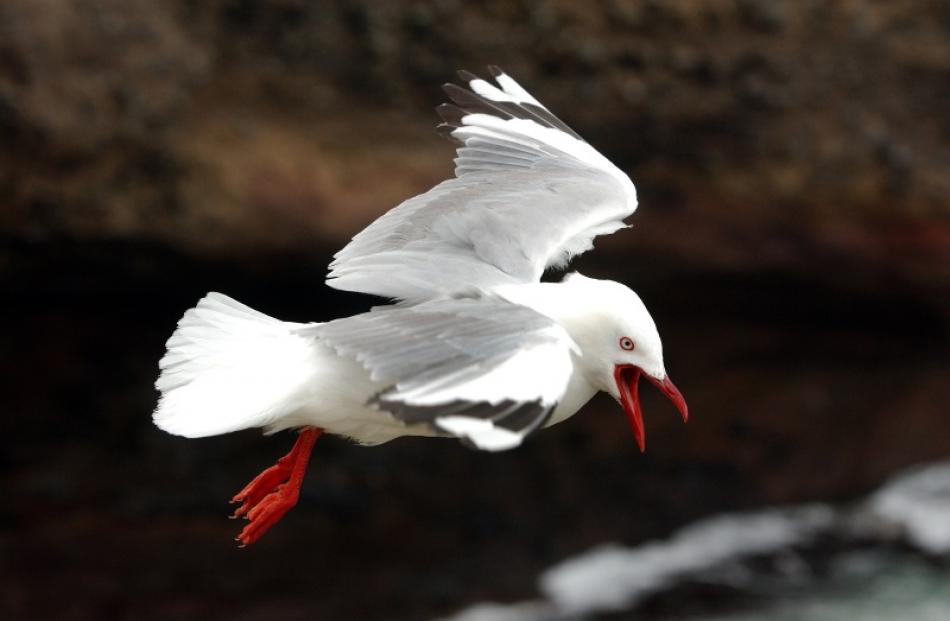 Red-billed gulls, among other seabirds, are struggling. 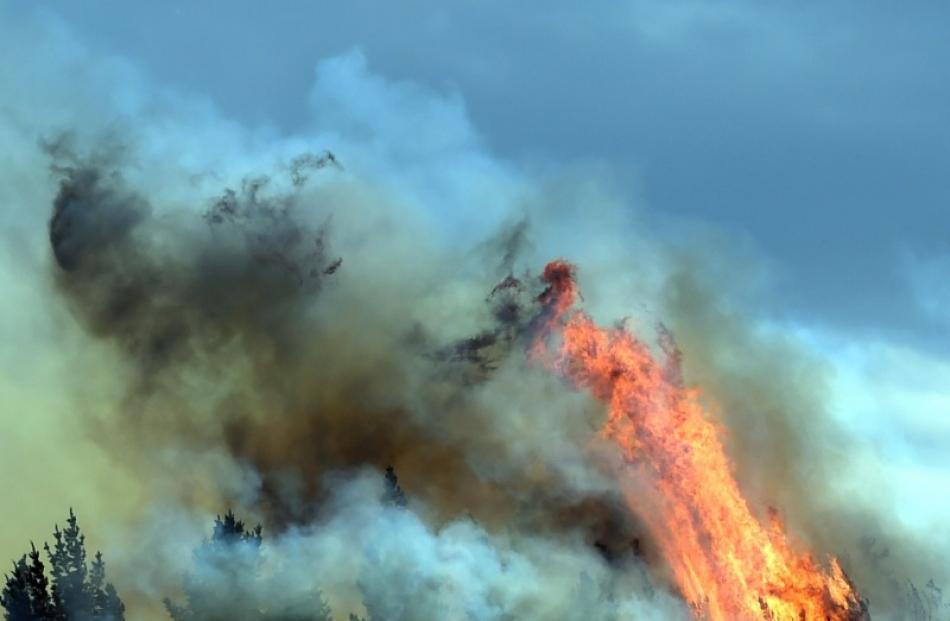 Scientists' understanding of climate change has arrived at the point where they can say how it will affect you, Tom McKinlay reports.

New Zealand had a taste of climate change in June. It began in Dunedin. 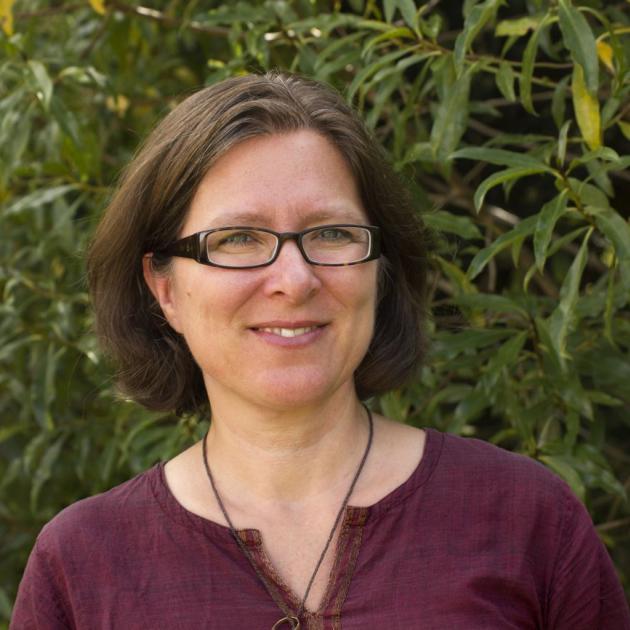 On June 3, Dunedin saw 113mm of rainfall within 24 hours, the city's second-highest single-day fall for that month on record. South Dunedin was awash.

On June 15 and in the days following it was Otago's turn again, with slips, more surface flooding and closed roads.

Hokitika collected its highest one-day rainfall for June. People were evacuated from their homes.

On June 19, a teenage girl was trapped in her car in a flash flood in Levin.

The following day, the worst flood on record hit Whanganui. More than 100 households were evacuated.

By June 21, Whanganui was cut off by road. A state of emergency was declared in Rangitikei and Taranaki and the army was called in.

All this was happening while science broadcaster Veronika Meduna was mapping an approach to her book Towards a Warmer World, subtitled ''What Climate Change Will Mean for New Zealand's Future'' and it made her stop and think again.

The future had arrived.

As the air warms due to climate change, it holds more moisture. And what goes up must come down.

Meduna, well known to radio listeners for her science programmes on the state broadcaster recently re-christened RNZ, says she had a similar experience following the release of the Intergovernmental Panel on Climate Change's (IPCC) fifth assessment report, which listed increased incidence of wildfires among the impacts of climate change, only to witness a season of fire in New Zealand the following summer.

In her book, Meduna quotes wildfire specialist Grant Pearce predicting increased flare-ups in the future, with a greater impact closer to urban areas.

The fire risk in Central Otago could double. Extreme fire danger areas will be up by 400% by 2040.

While it remains difficult to say with complete certainty that climate change is responsible for a given event, science is creeping ever closer.

The way it is now expressed by meteorologists and the like is to say an extreme weather event was made more likely by climate change.

So in Australia, where they recently notched up their hottest October on record, researchers say it was made 10 times more likely as a result of climate change.

Similarly, Niwa scientists in this country recently published research indicating extreme rainfall in Northland last year, up to 300% of normal, was twice as likely to have happened due to the influence of climate change.

The models show, among other things, that warming will be almost uniform across New Zealand, summers warming faster than winters. The areas where temperatures never drop below zero in spring or autumn are expected to more than triple in size.

By 2040, the models predict, the drier parts in the east and north will be in drought twice or even three times as long.

This greater accuracy was part of what motivated Meduna to write Towards a Warmer World, which is published by Bridget Williams Books.

''We are at a point where I think you can talk regionally. Maybe the last five or so years,'' Meduna says.

Before then, research collated into IPCC reports, for example, tended to look at impacts on large global systems like the monsoon system, or the Himalayan glacial system.

''But now, with increasing sophistication of how we research these things but also how we model the projections, you can start scaling it down to regional levels and you can start talking about, specifically in a small country like New Zealand, what will happen here.''

It is then possible to see projected effects poking up above the natural variations.

Sea level is one example, and readily measurable, as we saw recently in the Parliamentary Commissioner for the Environment's report on South Dunedin.

''We know how many centimetres it has already risen but you can also start thinking about the projections in that regional scale,'' Meduna says.

''How much more sea level will we see in which parts of the country. So it is even beyond regional, along different parts of New Zealand's coastline you can start being quite specific about the impacts of that.''

It means the science is now on a scale that matters to people, it has arrived where people actually live.

The Paris climate change conference is likely to provide an indication of the future pace of carbon emission reduction globally, Meduna says, which will allow more accurate modelling of regional impacts in the future.

Interestingly, the impacts in New Zealand will be magnified by another example of human interference in the climate system: the ozone hole.

The unusually warm winter of 2013, for example, was ''extremely unlikely'' without the hole.

While we struggle with floods, droughts and wildfires, other inhabitants of these islands are also facing up to climate change.

In 2014 native red-billed gulls were declared nationally vulnerable, and researchers put their declining numbers down to climate-driven changes to the availability of krill on which they feed.

Warming is also likely to affect our lakes, having a similar effect to increased nutrient loading. Offshore, acidification is the threat, one that carries with it the risk of extinctions and ecological collapse. And if none of that is noticed, climate migrants will be almost impossible to ignore once they start turning up at the airport.

Meduna says it all adds to a sense of urgency in terms of addressing climate change.

In the introduction to her book, she says a child born today has a good chance of seeing the year 2100 and suggests she may look back at the time in which we live as a watershed: ''a period during which the world finally began to face the reality of climate change''. 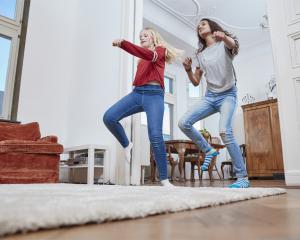 Dancing in the cloud