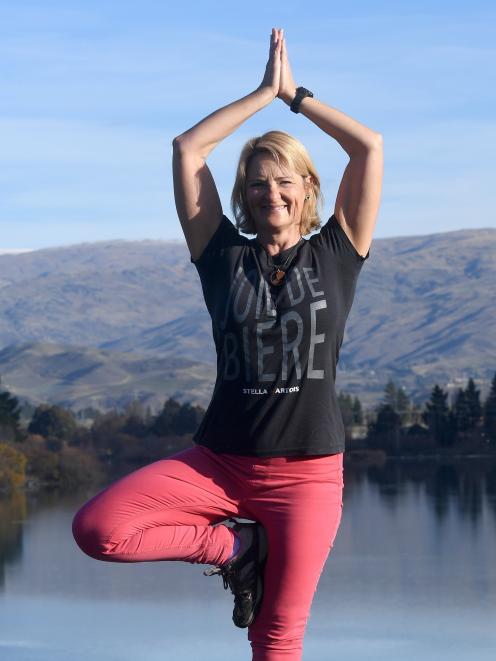 Shelley Charlton loves doing yoga on the beach but has to make do with Lake Dunstan in Cromwell. PHOTO: STEPHEN JAQUIERY
Discovering you have coeliac disease is life changing, but for Shelley Charlton it turned her world upside-down. She shares her story with Rebecca Fox to help raise awareness during Coeliac Awareness Week.

Shelley Charlton was "literally floored" by her coeliac disease diagnosis.

She had packed up her life in New Zealand and moved back to the United Kingdom ready to rejoin the Royal Air Force’s new P-8 Poseidon maritime patrol aircraft crew.

"I arrived back in the UK with two suitcases ready to go back to flying again."

A routine medical was needed to clear her to fly and it unexpectedly showed she was anaemic. Further tests confirmed she had coeliac disease.

"In the military, no-one is accepted with digestive disorders."

When she got the phone call she was shocked. 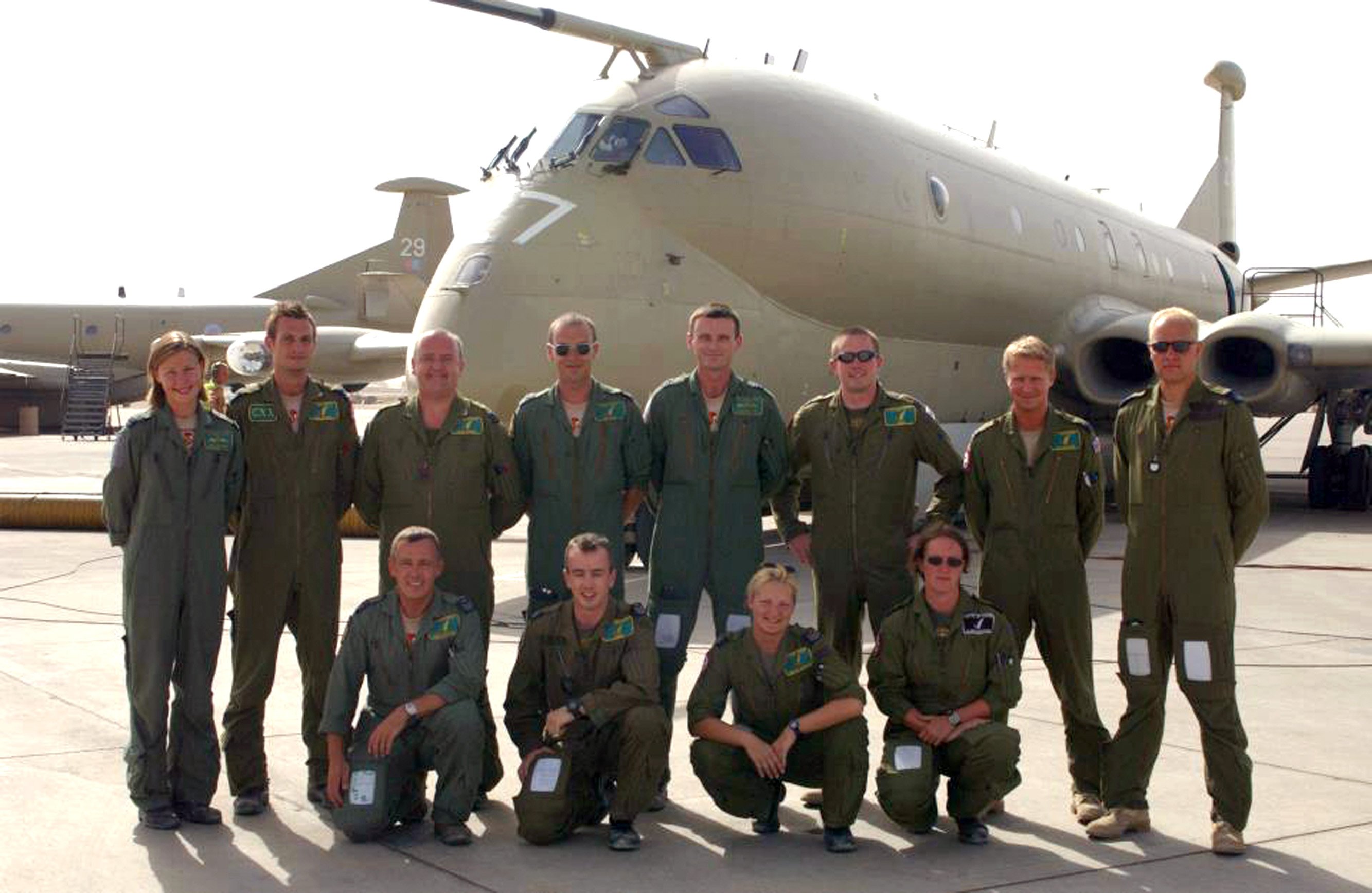 Shelley Charlton (front row, third from left) pictured with her former RAF colleagues in Australia en route to New Zealand. Photos: Supplied
It was a huge dilemma for Charlton, who had spent 17 years in the service as an air electronics operator or "submarine hunter" on Nimrod Maritime Patrol aircraft.

Her military career brought her to New Zealand, where she worked with the Royal New Zealand Air Force on P3 Orions.

But in her later years in the service she found her passion for yoga was outstripping that of flying.

She took up yoga in 1999 and a few years later began teaching some of her colleagues. The air force then paid for her to train as a yoga teacher and she held free classes on base.

"When I found I was loving yoga more than flying it was time to leave."

So she did. Charlton set herself up teaching yoga, including popular free Saturday morning yoga classes on the beach.

But in 2018 she was asked to write a chapter for a book, Nimrod Boys, on her time flying and the "things we got up to".

"It made me really miss the life in the air force."

She decided she wanted to go back to flying and about the same time the RAF was calling for ex-service people with experience to operate its new Poseidon.

So she made the decision to return and moved back to the United Kingdom. 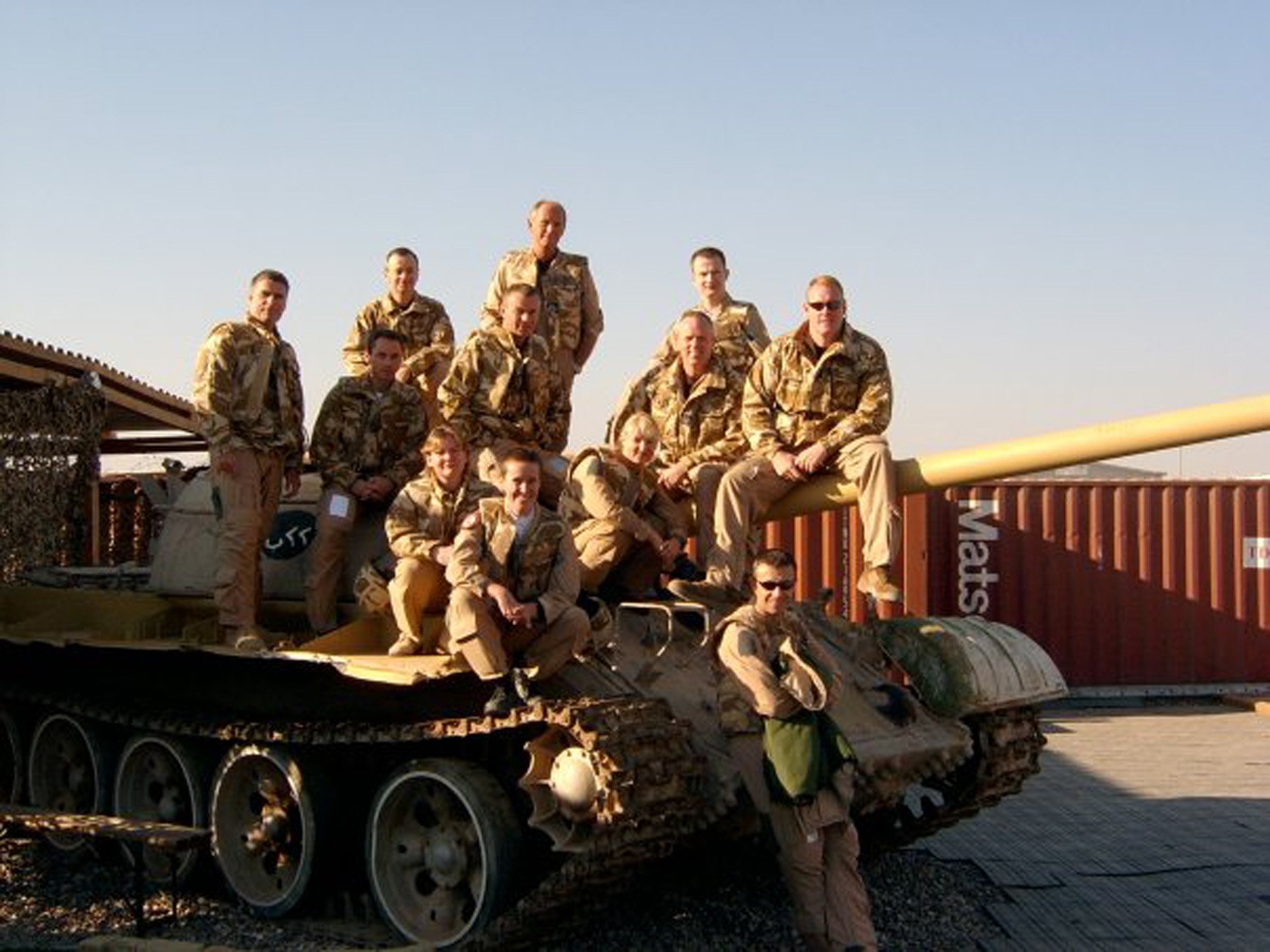 Shelley Charlton with her former RAF colleagues sitting on a non-functioning tank in Basra, Iraq.
The news it was no longer an option took a long time to get over.

With the support of her United Kingdom-based family and friends, she decided to go back to New Zealand to do a parkrun tour before returning home to celebrate her 50th birthday and then visiting friends in the United States.

So she headed back to New Zealand, beginning her parkrun tour in Christchurch and was working her way around the South Island to Blenheim when the country went into lockdown and her ferry to the North Island was cancelled.

Again she was left in a quandary trying to decide what to do. Having enjoyed her time in Alexandra she headed back there for lockdown.

Once restrictions eased she got involved in the local musical theatre society, something she has enjoyed doing since she left the air force, and got a job picking fruit.

"I wasn’t that keen to rush back to Auckland as they were going in and out of lockdown and I’d made some wonderful friends."

Charlton then decided she really liked living in the South Island and began to think about what direction to take next.

"I’d found I really enjoyed being outdoors on the orchard, so I started a horticultural course."

She moved to Cromwell to be close to the polytechnic, started taking a yoga class every Wednesday and got involved in a local musical production.

Charlton admitted the past 18 months had been a bit of a whirlwind. Her health had settled down, although she was still slightly anaemic.

"I’ve gone on gut instinct and it’s all fallen into place nicely."

Given what has happened with Covid, she was happy she did not get back into the air force, as friends who did were finding life very difficult with the restrictions they had faced working through lockdown.

"It’s worked out for the best. I can’t imagine being in that situation."

She was aware of how lucky she was to be in New Zealand, a country she said had felt very special since she first arrived.

"I wish I’d known back in the UK [about Covid]. I was so miserable being in limbo, not knowing if I’d get in."

Despite the impact of her diagnosis, she said people should not feel that being coeliac was the end of the world.

Restaurants and supermarkets have increasingly larger ranges of gluten-free products and "you can still drink wine".

"You can still enjoy life."

It occurs when gluten, a protein found in wheat, rye, barley and oats, causes inflammation and gut damage.

A strict life-long gluten free diet is the only treatment.

Left undiagnosed, it can cause long-term health problems.

Free events held all around the world

Held in parks and open spaces

I, too am a coeliac (diagnosed 40 yrs ago, in another country that didn't think women were hysterical when they showed symptoms) and did the same thing: studied horticulture and started taking control of my own food and practising iyengar yoga / nature/ yoga and taking control of what goes in your mouth are the medicines for digestive diseases. The idea of taking a pill to do what you used to do is just doing more damage to the body. There is no gluten in the house and when people come to eat it's always gluten-free. However, that being said, it's not easy being out there in the gluten world - you have to be diligent. We are lucky in Dunedin to have Taste Nature who have set up a coeliac kitchen with an array of tasty delights. Kudos to all the coeliacs out there.