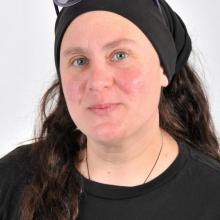 H J Killkelly
December. Already. In another year that has felt like two, three, more. Does anybody remember the Time Before? I don’t, writes H J Killkelly.

I’m sitting here counting down the days until I can legitimately (and gratefully) drop tools and turn my brain off for a couple of weeks to recharge over summer. My current view is of a (Lego covered) bay window seat, framed by gloriously well-maintained 1920s leadlights, through which camelia bushes, a magnolia tree, antique roses and a rhododendron all vie for my attention, aka, a bit of weeding. With the exception of the rose, these names are not ones I’ve known prior.

The seasons change so markedly here. I guess I must have known that as a kid, but also don’t think I was the type of kid who really paid much attention to what new blooms there were every three months. This December also marks nearly a full turn of the sun living back in the city that raised me, something I’ve only lately realised I’ve never done as a fully-fledged adult.

Now, I notice not only the changes, but after nearly two decades of not living here, how unfamiliar the colonial plantings are to me. At the very back of our section, a lonely (my words, not its) kowhai represents the sole piece of indigenous flora, a marked change from our garden of full native planting up north.

As a staunch Dunedinite, I’ve extolled the virtues of this fair city wherever I’ve lived, including, but not limited to, the weather (bear with me on this), the stunning topography and wildlife, the ability to surf any day of the year with the plethora of breaks dotted around the most stunning coastline, and, one of my favs, the highly regional edible delicacies. (Cheese rolls. And more.)

Of course, much of this I only notice in relativity to where I might otherwise find myself. I only appreciated defined seasons and inevitable Christmas day sunburns after many years of living in an endless cycle of sideways rain and grey, windy skies in Wellington. The non-existence of chop suey patties outside the city gates never even crossed my mind until one day, when holidaying with family in Palmerston North, I put my order in at the chippie, and was horrified to receive a pottle of actual chop suey - which is delicious, yes, but not the pattie that my 7-year-old self was expecting. The ability to move from one side of town to the other, from beach to office to home and back again in mere minutes, is a luxury I’ve not had in any other city globally.

I’m so proud of this place, which is perhaps why it’s far more confronting to see the not-so-great things that have grown. From my backyard amidst the colonial plantings, I’ve watched aghast as a fellow city dweller questioned where the "Scottish settler acknowledgment" is on Ayesha Green’s newly installed work, Ko te Tuhono. I’ve been struck by the "integration" of te reo Maori into some organisations, all the while combined with a resistance to, I don’t know, supporting it with similar representation in their staffing, or even really using the language properly; after all, the difference between a dollar and a vagina in te reo is but a macron. I’ve witnessed a particularly parochial approach to local politics, where individual personalities are under constant attack, rather than questioning the systems or histories that have led us to be so divided. Ironically, I’ve stumbled back into a city where spending on art raises the ire of the constituency with disproportionate and depressing frequency.

Once upon a time my husband and I wrote a blog about living in a very small village in rural Korea, a way for us to process what was a challenging, isolating and very different way of life. A particular entry elicited exasperation from one of our followers, telling us if we didn’t like it, we should go home. We did like it. We loved it. But that doesn’t mean we understood it.

And coming to a full turn of the sun in Dunedin, it’s going to take more than southern twilights clustered around the barbecue (under the shade of the magnolia tree), punctuated by ocean swims with not an email in sight, to help me make sense of what’s happening to my home. 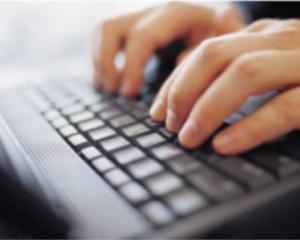 As a kid, I thought chop suey might be chops. It wasn't.

Wellington had ropes for pedestrians to hang onto in gales.

Yet, talk of Flora remains us of the Town Belt, once with old world sycamore, now gone.