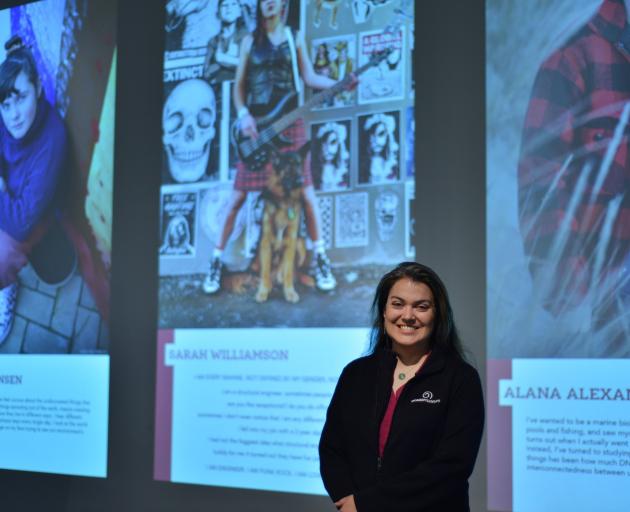 Research with rats gives Jessa Barder the perfect example of why everyone should welcome more women working in science, technology, engineering and maths (Stem).

The master’s in science communications student is the driving force behind a new Otago Museum exhibition highlighting Southern women in Stem careers.

Barder says the work of a friend, an endocrinologist at the University of Otago, illustrates the importance of events such as the 100 Women, 100 Words ... Infinite Possibilities exhibition, which opens at the museum this weekend.

"She does work on neuro-endocrinology, the hormone system," Barder explains.

"I mean, we all have hormones. And for a very long time male researchers did not want to work on female rodents because they were too hard — their estrous cycles were too hard," she says with more than a hint of irony.

Barder’s friend’s response to her colleagues was that their view was preposterous. She told them that during 15 years of research she had done all her work using female rodents without difficulties.

It is that sort of new perspective, when women engage in what have been male-heavy disciplines, that facilitates innovation and creativity, Barder says.

"There is potential for breakthroughs when you bring in other perspectives.

"So, the more perspectives and the more viewpoints we can include ... the stronger and the better it will be."

This is the potent, inclusive thinking that lies behind the 100 Women, 100 Words exhibition.

The show features large, digital portrait photographs of 100 Otago and Southland women who are passionately engaged in Stem subjects or fields.

Each image is accompanied by 100 words written by the subject in response to the question, "What has been most surprising or unexpected about your specific experience in your Stem field?"

The women selected for the exhibition were nominated through a crowd-sourcing campaign run in Otago and Southland during May. The response, despite the Covid-19 lockdown, was overwhelming, Barder says.

The more than 300 nominations were whittled down to 100 participants (two of whom are locals living overseas) whose images were captured by seven photographers.

"We realise this exhibition is only scratching the surface," Barder says.

"There are so many amazing role models for young people in our communities.

"I guarantee there is someone featured in this exhibition whose story you can relate to and be inspired by."

Participants have told Barder that the hardest element of their involvement was writing the 100 words detailing what has surprised them about their experience of Stem work.

"But the range of answers confirms it was the right question to ask," she says.

"They blew me away. They really speak to the diversity of motivations, pathways and stories that made their journeys in science their own."

Barder, who was raised and did her undergraduate studies in the United States, says New Zealand has a "phenomenal reputation" for being the first country to give women the vote and for its high levels of trust in science and engineering.

At the same time, however, the numbers of women in some Stem disciplines are "not what they should be".

That trend continues at university, where more females than males enrol in bachelor of science degrees, but most are in health sciences; only 25% are enrolled in engineering and an even smaller number are taking physics.

A first step towards getting the innovation their perspectives could bring is knowing that young people struggle more with stereotypes than older age groups, Barder says.

"There’s been a lot of research that has shown key reasons for women not going further in Stem is because the stereotype of a scientist is a man in a white jacket and there is a lack of role models for young girls to see women in Stem."

100 Women, 100 Words, then, aims to showcase some of the many women in the South who are Stem role models.

"It’s a celebration, a testament, to how prevalent Stem engagement is in our communities and how many role models we have for young people who want to connect with people who can inform their passions, their future career aspirations."

The exhibition is not Stem-exclusive. It is part of a larger Full STE(a)M Ahead project — the "a" is for "arts" — that received money from the Ministry of Business, Innovation and Employment’s Curious Minds fund. So it embraces the arts, once again to break stereotypes and barriers, Barder says.

Studies have shown that many young women see themselves as creative, but do not see that as congruous with a career in science. In contrast, the portraits and the statements that make up 100 Women, 100 Words are bursting with creativity.

"For example, we have this one woman who is a computer science and classics double major.

"Another is an artist who fell into coding and programming as a necessity ..."

The mix of science and arts sits comfortably with Otago Museum. It is the only museum in the world that integrates bi-cultural arts in its science centre, Tuhura.

"It’s about recognising they can sit side by side and inform each other."

100 Women, 100 Words is not just aimed at women. All people, of all ages, will find the exhibition informative and inspiring, Barder says.

Despite tremendous growth in women’s participation in Stem subjects during the final four decades of last century, there has only been a 3% increase during the past 20 years.

Unconscious bias is one of the obstacles.

"It’s all well and good for lots of people to go into the pipeline of Stem fields, but if once they get there they’re encountering bias and stereotypes and prejudice ... [then] changing their male counterparts’ perspective has to start at the same time we’re changing the young girls’ perspective.

"While we definitely want young girls to see what is possible for them, the latest research shows we need to go further and show not only young girls but all young people that women can be role models in Stem."

Alongside the exhibition, Otago Museum, together with the Dodd-Walls Centre and the MacDiarmid Institute, will be hosting workshops and a Women in Science Expo for intermediate and secondary pupils during the first term of the new school year. 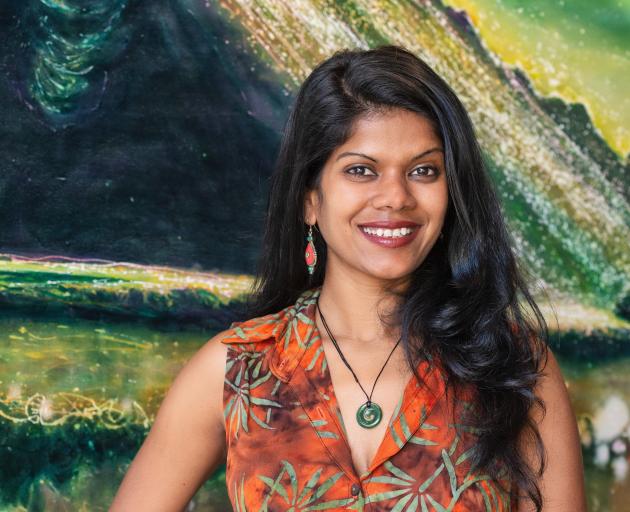 One afternoon my physics teacher summoned me to the lab to discuss my test scores.

He said, ‘‘Your score is good, but I can tell that you haven’t been paying attention in the class or reading much from the textbook.

"The way you have approached the problems is very original and impressive. You have a gift. One day you will achieve big things, but remember to ignore the noise from society’’.

Many years down the line, I often find strength in those words when someone challenges my ideas and approach for being different. 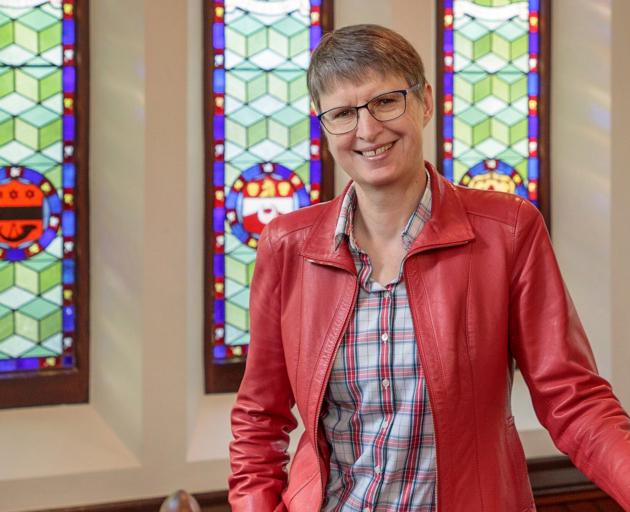 It’s a small world! I grew up on a farm in a small rural community where everyone knew everyone.

It was a big step to go to teachers college and university in the big city, Christchurch, where I knew very few people. But it opened many new doors, and I discovered I loved the challenge of chemistry research aimed at mimicking nature’s amazing catalysts.

This led to me becoming a university professor, teaching and running a research group, and regularly (pre-Covid-19) travelling the globe presenting our research and catching up with ex-team members and collaborators (friends).

It’s incredible how small and interconnected the chemistry world is! 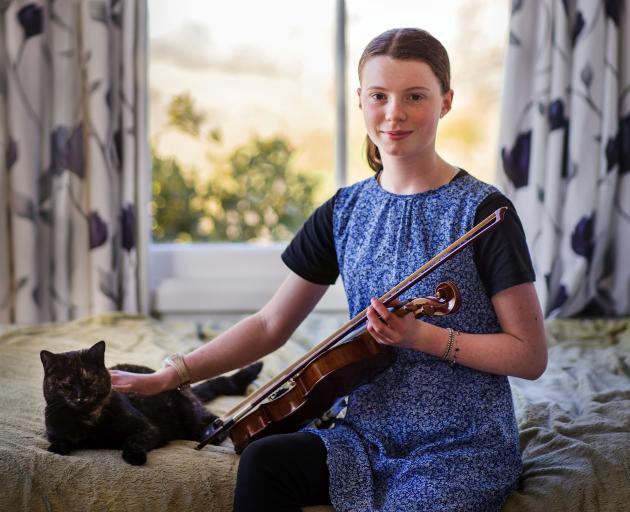 Studying the Stem fields has helped me to be myself and not be ashamed of it. I used to be very shy and afraid of drawing attention to myself by being different.

But Stem has taught me that it’s OK to be different and that I can express my feelings and opinions using science, technology, engineering and maths.

It has brought me out of my shell, taught me to better relate to others, and make new friends. The confidence I have found through Stem has made me more assertive and independent in all other school subjects, including music, which is also a passion.

Stem has brought out the best in me. 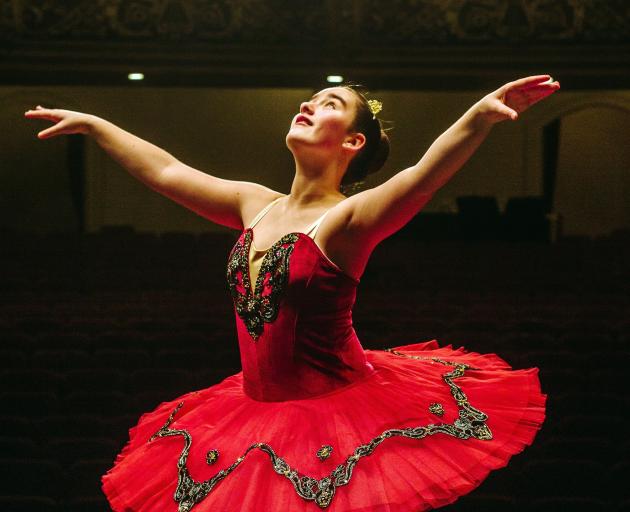 When I look through my telescope, I see objects that inspire my imagination.

When I dance, I create by using my imagination.

Dance, technology, chemistry and astronomy together inspire me to do things that are different. They unlock a world for me to question, experiment and explore.

I hope to make a difference using my creativity, so my dreams for the world are possible. 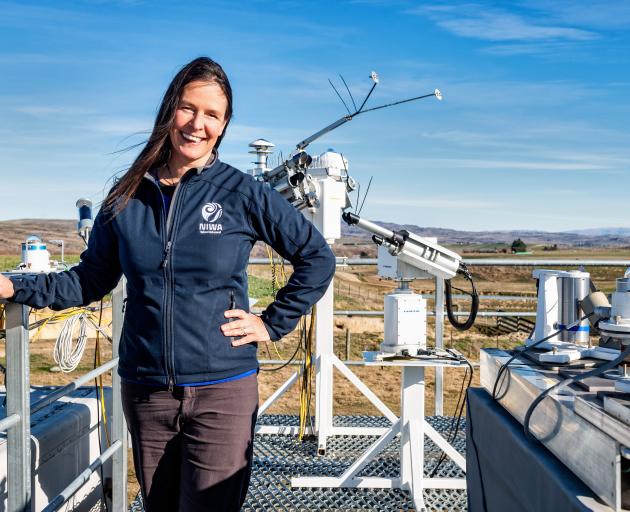 I never expected to be camping on an ice shelf in Antarctica, setting up weather stations in Pakistan, counting rare beetles by torchlight in Cromwell, or releasing balloons that make it to the stratosphere from Lauder.

I was not a scholarly type at school, but my curiosity got the better of me, and I ended up studying the world around us.

The intellectual challenges of analysis, programming, and lab work have been enjoyable and rewarding, and are just some of the aspects of my science journey that have made me love it more than I could ever imagine. 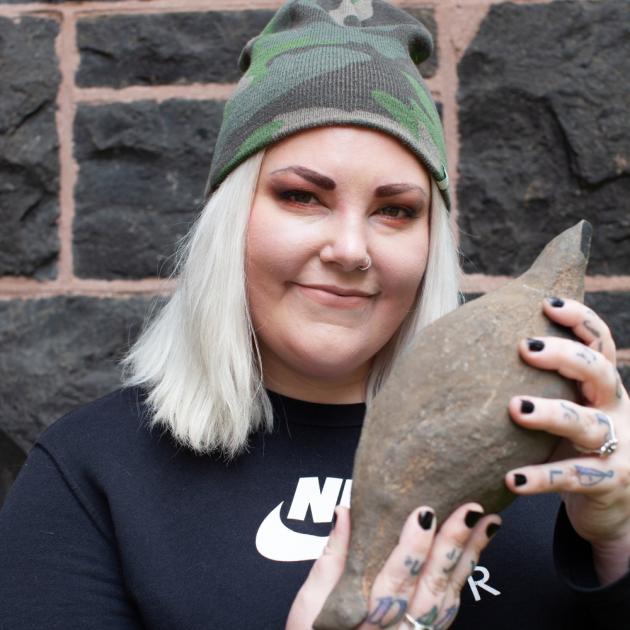 Viewing myself as ‘‘not sciencey’’, I ditched science after year 11 in favour of the humanities at school/uni.

However, returning to uni later to study a geology BSc, I was completely surprised by how intuitive (and fun) physicochemical concepts were to understand, even as a mature student with no prior science education! I got to study meteorites as a postgrad, and I’m currently undertaking a volcanology PhD.

I’m continually enamoured by the people I meet and the experiences I get to have as a geologist. My life has been completely and unexpectedly changed by this new trajectory.

100 Women, 100 Words ... Infinite Possibilities,
Otago Museum, from December 5 until February 13.
It will then tour Otago and Southland communities. 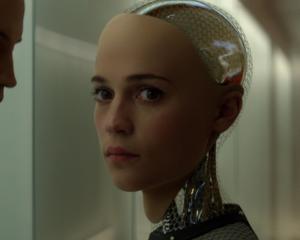 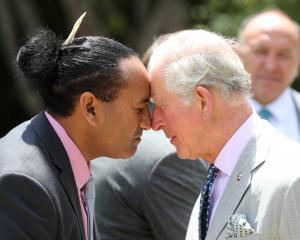 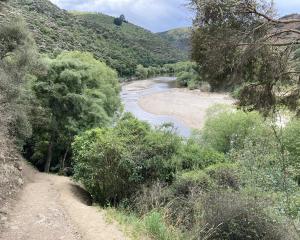