Guided by the past 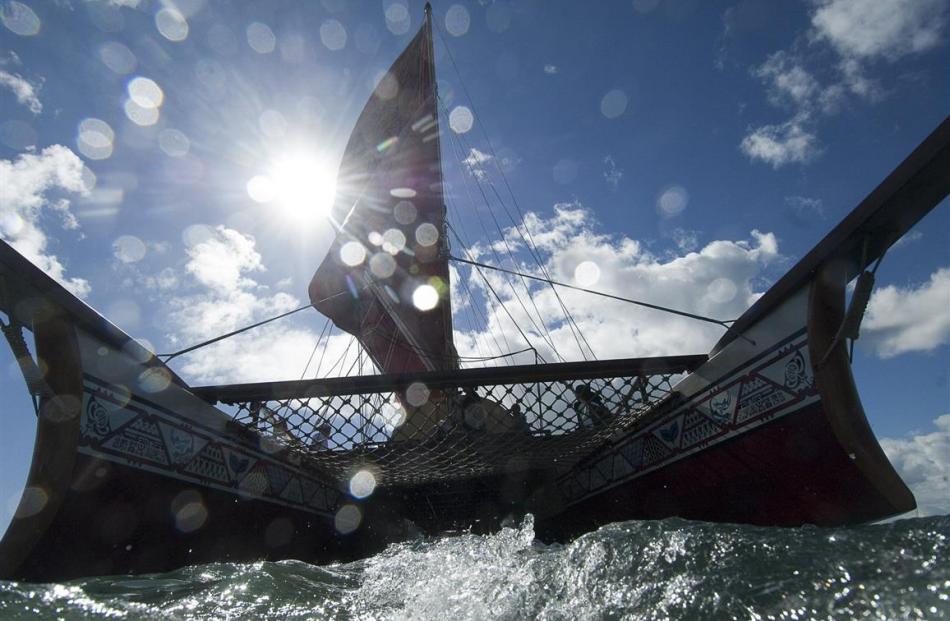 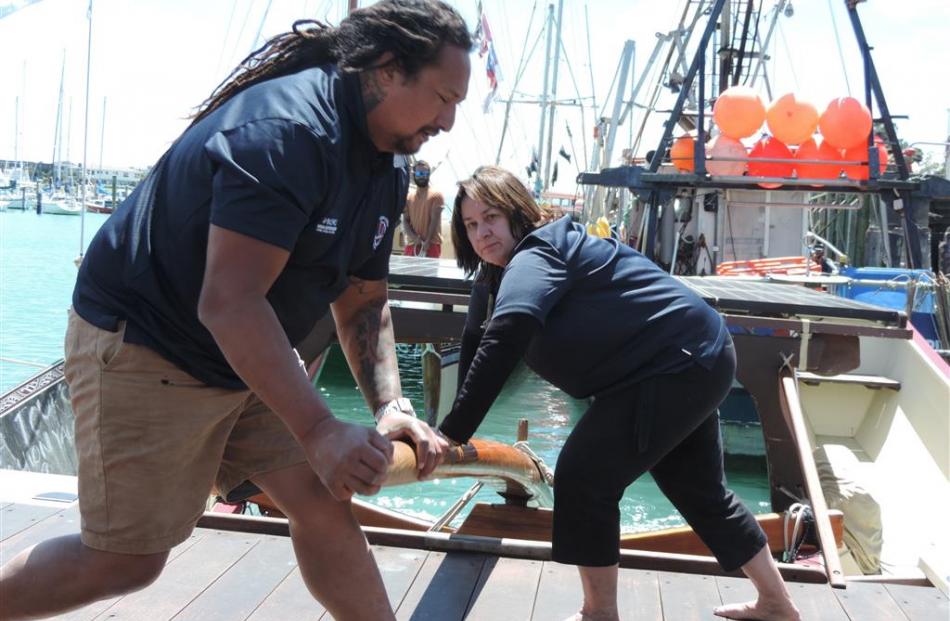 It’s strenuous work to manoeuvre the waka away from its berth using the steering oar. 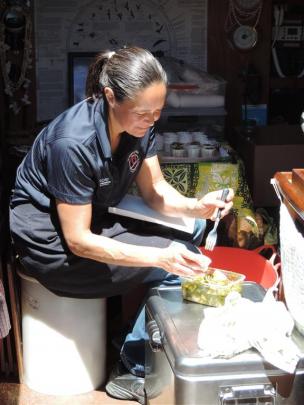 Gretta Carney serves traditional kai with a contemporary twist from the tiny galley. 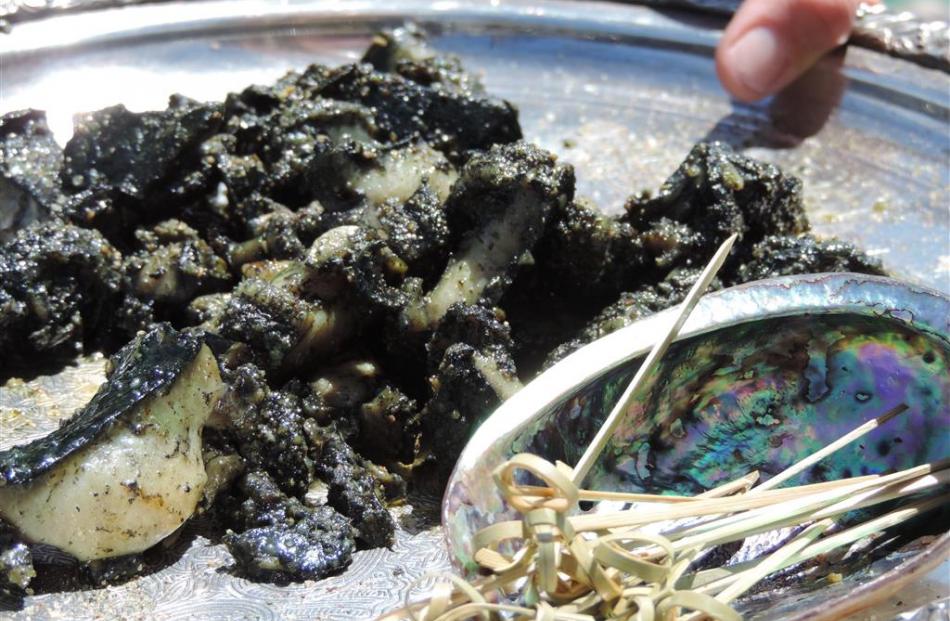 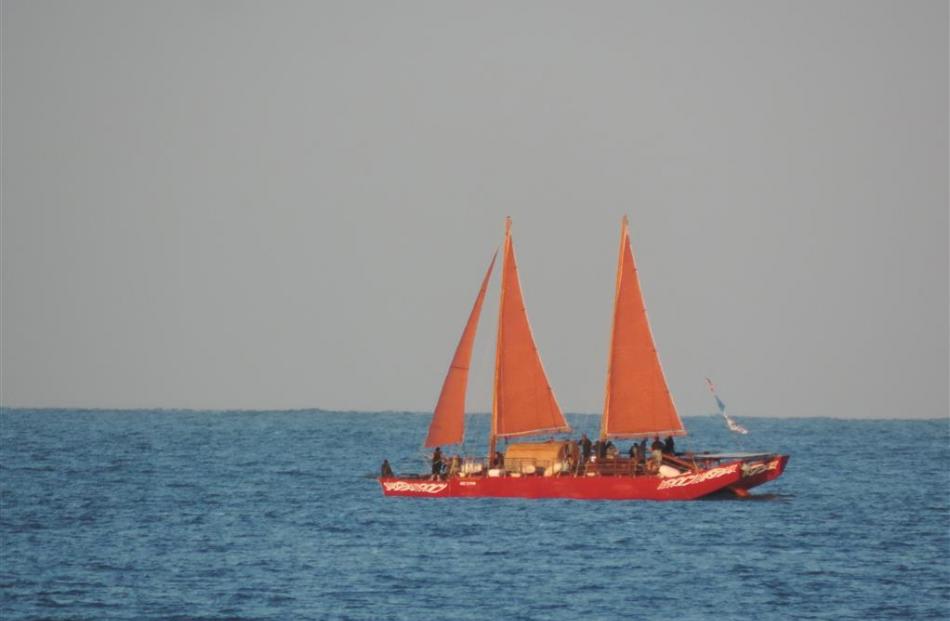 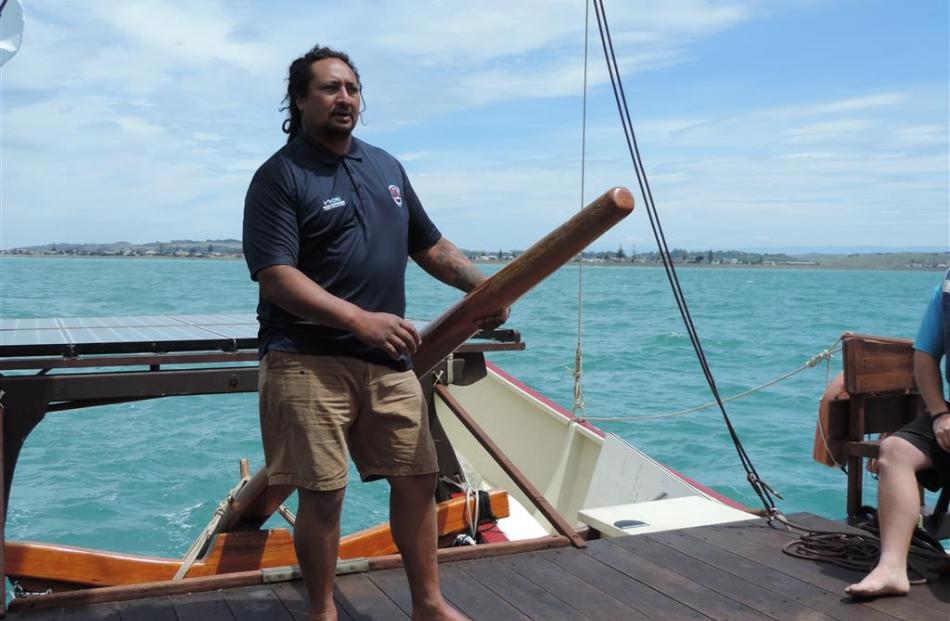 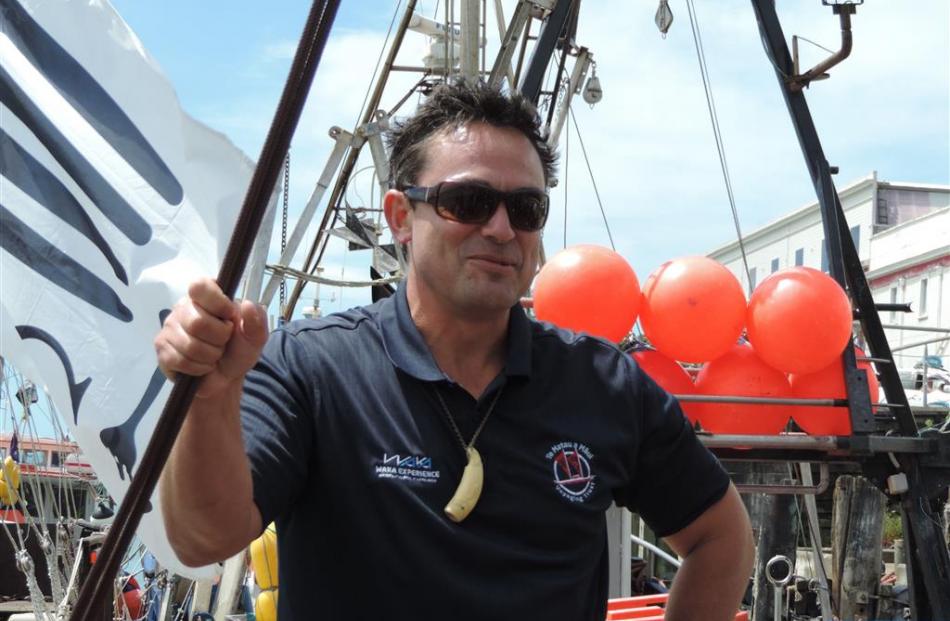 For thousands of years Pacific peoples navigated double-hulled voyaging canoes over the ocean. Those skills and that knowledge has been rediscovered and are alive and well in Hawkes Bay, Charmian Smith discovers.

Incongruous among the pleasure and fishing boats in the Ahuriri marina in Napier is a double-hulled sailing canoe Te Matau a Maui.

It's the type of vessel Polynesians used to navigate across the vast Pacific Ocean for a couple of thousand years before Europeans ventured this side of the earth.

A couple of days later, on a sunny evening, I spot it sailing in the bay, using a modern sailing rig instead of the traditional crab-claw shaped sails.

Te Matau a Maui (the fishhook of Maui) is the Maori name for Hawkes Bay, referring to the legend of the demigod Maui fishing up the North Island, explains Piripi Smith, chairman of Te Matau a Maui Trust and one the the vessel's skippers and navigators.

At 22m long, it's one of seven waka hourua (double-hulled voyaging canoes) built in Auckland in 2010.

Funded by German philanthropist and film-maker Dieter Paulmann to raise awareness of ecological threats to the Pacific, they were designed on traditional lines but with fibreglass hulls and are purely wind and solar powered, having large solar panels at the rear.

After their maiden voyage, Te Mana o Te Moana (The Spirit of the Ocean) in 2011, from New Zealand to Hawaii, the West Coast of the United States, the Galapagos, Tahiti, Cook Islands, Samoa, Fiji and Vanuatu, the seven waka dispersed around the Pacific.

Others are in Auckland, Tauranga, Fiji, the Cook Islands, Tahiti and Samoa, he says.

The trust offers chartered two-hour cultural sailing trips on the waka with stories and Maori-inspired food, and invited me to join one they were running for FAWC (Hawkes Bay food and wine classic celebration) in November last year.

We are welcomed on to the waka with a traditional karanga and songs, as well as a safety briefing, and given life jackets to put on.

Then we cast off with two of the crew vigorously working the steering paddle to turn the vessel around.

Mr Smith, who is the skipper today, drives the almost silent electric motors to ease the waka out of its berth.

Once the sails are hoisted, a hatch in the deck is lifted and the two small electric motors powered by batteries charged by the solar panels are hauled up and secured above the water.

The skipper blows a putatara (conch shell trumpet), and we are under way, soon feeling the light swell of the bay beneath the twin hulls.

Facilities on board are minimal, so there is little shelter from the elements.

Besides a couple of lockers that double as seats, on deck there is a small cabin, not high enough to stand up in, housing a tiny galley and electronic navigation equipment.

Behind the cabin is a simple toilet, and below deck in the narrow fibreglass hulls are cramped bunks and storage for plastic containers of fresh water and the batteries.

The waka has two different rigs, traditional Polynesian crab-claw shaped sails and a modern Bermuda rig, which is more flexible in squally weather, according to our skipper.

Today we are using the traditional sails and local chef Gretta Carney serves platters of finger food that reflect what is available from the sea and land nearby.

Much of it has been collected and prepared by the waka group and is inspired by the unsung heroes of Kiwi cuisine, the people who cook on the marae, she says.

"Three or four days before a big gathering there is nothing, but with koha and volunteers there will be enough to feed maybe 400 people who come for the tangi or other event.''

Mr Smith, an IT consultant by day, used to paddle waka toa, ceremonial canoes, when living in Auckland a decade ago.

However, on a training visit to Doubtless Bay he met Hector Busby who was building traditional sailing canoes out of kauri, Te Aurere and Ngahiraka Mai Tawhiti.

Mr Busby had been inspired by the visit of Hokule'a, a replica double-hulled voyaging canoe built in Hawaii in the 1970s that sailed to New Zealand on one of its many Pacific voyages.

It aimed to show that Pacific peoples navigated from island to island in the vast ocean rather than drifting as was once thought, and to inspire a cultural renaissance.

According to Mr Smith, Pacific peoples mastered the art of celestial navigation perhaps three or four thousand years ago as they spread from the Bismarck Archipelago near New Guinea westwards throughout what we now know as Micronesia, Melanesia and Polynesia.

They sailed as far as Hawaii, New Zealand and Easter Island, and even to South America to trade, but the knowledge was lost after European technology took over.

• On Hokule'a's maiden voyage from Hawaii to Tahiti the crew wanted to take a traditional navigator but there were very few left, he said.

"They found an island in the Caroline Islands, Satawal, where there was still a strong family that hadn't stopped teaching it. One member was Mau Piailug and all the knowledge we have comes from him.''

Mr Smith became hooked on the waka hourua, crewed on the maiden voyage of Te Matau a Maui and learned the art of traditional navigation (wayfinding).

In 2012 he navigated to Rapanui (Easter Island) using only traditional methods: observing the sun, stars at dawn and dusk, birds, winds, clouds, and, importantly, the feel of the ocean swells beneath the boat.

"It's just observing nature the whole time. That's what it's really all about, just observing and knowing, keeping a record in your mind of where you've gone,'' he says.

"Once you know that you can do it and you spend weeks, sometimes months, on the ocean, then you finally see the island come up where you think it was going to be, you really have a moment to yourself.''

Once the island is sighted, the navigator hands over to the skipper, he says.

"Back in the old days it would be the same person but now we split the roles. With the responsibility of navigating you get hardly any sleep - perhaps two or four hours a day - so once you get close to the island the skipper takes over. He's got all the charts on computer. If we are doing anything coastal or you get close to anything, then it's the skipper's responsibility. It's the navigator's responsibly just to find the island.''

Traditional navigational knowledge was once the domain of the tohunga but these days things are more egalitarian, he says.

"Everyone's got a part on the waka and it just happens to be my part to do the navigation. The skipper and other people are doing their part as crew members. We're trying to make out that one isn't really more important than another. It's a team. It's no good being a navigator if you haven't got a crew.''

The trust takes Te Matau o Maui on many voyages short and long.

In 2014 they sailed to the Chatham Islands, down to Christchurch, Wellington, up to Tolaga Bay and in 2015 over to Rarotonga and through the Cook Islands, he says.

"Because we are a charitable trust, at the end of the day it comes down to what funding we can get, and our time.''

But the boat also sails into the bay, often on school trips, or with corporates or groups who charter it, and on training sessions on Wednesday evenings.

They aim to involve youth in learning ancient knowledge, he says.

"I've seen it change youth, whether they are troubled or have no confidence, they do a big ocean voyage and they come back different people. That is what we are really about, making sure we pass it on to future generations.''

Waka Experience offers a two-hour cultural and sailing experience across Hawke Bay aboard traditional Polynesian sailing waka Te Matau a Māui. You can become part of the crew and help sail, or sit back and enjoy the views.