If you see what I meme 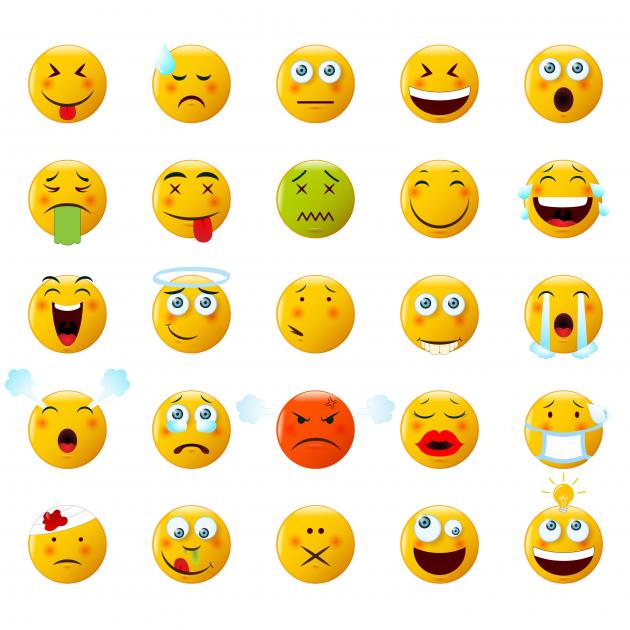 Getty Images
The ODT newspaper is produced using a system that does not support emojis. Which produces a challenge for me this week, because I wanted to write in emojis and not just about emojis, writes columnist Liz Breslin.

Because I have been overcoming my emoji-anxiety in the past couple of weeks. Because, hackathon. Because, goodness knows why. Because maybe engaging with emojis is my equivalent of a sourdough starter, or This Year’s King Lear. I support emojis. And they don’t demand too much of me. So, here are four things you didn’t know that you didn’t need to know about emojis, because, because I can.

Esperanto is, according to Wikipedia, the most widely spoken constructed international auxiliary language. An IAL, or auxlang, (which sounds way more like my kind of language, now I know what to do with emojis) is a language meant for communication between people from different nations who do not share a common first language. Like, erm, emoji!?

The Polish ophthalmologist, L.L. Zamenhof, who created Esperanto in 1887, wanted to create an easy and flexible language that would do world peace and understanding and things. He even articulated three goals, which were (1.) to make it easy and fun, (2.) to make it properly international; universal, even and (3.) to "To find some means of overcoming the natural indifference of mankind, and disposing them, in the quickest manner possible, and en masse, to learn and use the proposed language as a living one, and not only in last extremities, and with the key at hand". It’s a dream that Shigetaka Kurita, creator of the first emojis, might have vibed with, but his framework, in 1999, was more like 12x12 pixels than all mankind.

Yes, OK, there were emoticons before that. I can do those here. :-) . (Thanks Prof Dr Scott Fahlman.) And yes, there was that blip in the Matrix when Levi Stahl thought that there might have been an early smiley face in a poem by Robert Herrick in 1648, but, frankly, he didn’t get the traction that Kurita’s work did.

2. YOU CAN LEARN EMOJI ON DUOLINGO

Although I didn’t. (Though I did check and the first tutorial has the smiling face with crying eyes that I will never use, a sly grin and a poo; covering all bases?) Even though I was having considerable anxiety about all the emoji choices in Slack and what they might unwittingly reveal about me because emojis are like clothes or body language in that way. Also, emojis are very small when you can’t be bothered to go and find your glasses and the difference between the blushing ones and the not blushing ones are not that obvious. You can also learn Esperanto on Duolingo.

3. THE SMILING FACE WITH CRYING EYES WAS THE OXFORD ENGLISH DICTIONARY WORD OF 2015

It is also, by far, the most used emoji on Twitter. I know this not from my own exhaustive refreshing of the blue bird on my phone, but from emojitracker.com, which comes with a strobe warning for how often the emojis tick over. I can recommend it for 2am watching when you are in between actual Twitter and sleep.

4. A CIGAR IS NEVER JUST A CIGAR

Maybe you think this section is going to be about eggplants and peaches and refreshing splashes that may or may not make you choke when you remember the sight of them on the water cooler at your gym. But actually, it’s about croissants. The croissant emoji has been a thing since 2016, when it got to be part of Unicode 9.0 and Emoji 3.0 in a drive to bring us better breakfast options, including baguettes, pancakes and bacon. It is a crescent-shaped croissant emoji. Because croissant literally means crescent. Because that is history. And then, also in 2016, Tesco said they would only sell straight croissants because they were easier to put jam on and stuff. Their spokesperson used the words "spreadability factor" like they were holy science. And then all the anti-Brexiteers trended the use of the croissant emoji and then they lost and thank goodness I can’t use emojis here for Other World Leaders right now because I’m not sure that any that I’d choose would be kind.