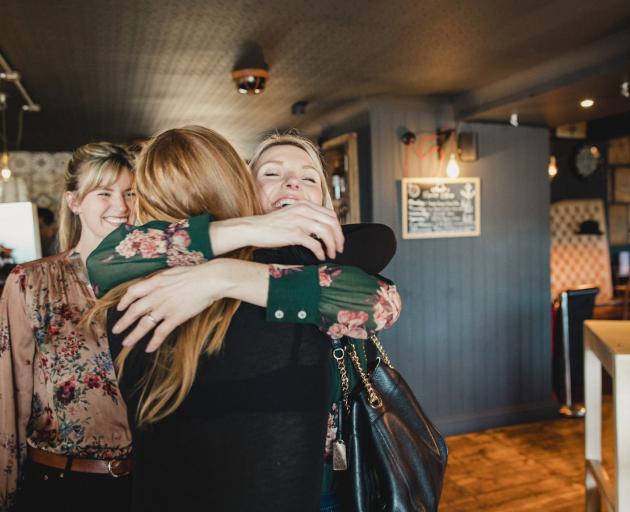 Photo: Getty Images
You haven’t hugged a friend in weeks. You’re starting to feel like one of those experimental monkeys from the ’60s who would choose a fluffy cuddle over a bottle of milk, writes Liz Breslin. 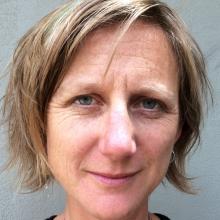 Liz Breslin
Although you’d choose most things over warm milk. Warm milk makes you feel belittled and patronised, and is probably an instrument of the patriarchy.

Still, you would like someone to tuck you in and tell you it’s all going to be OK. You are beginning to suspect you have issues.

The thing about hugs is that they light up your insula like Christmas (if you like Christmas, or if not, whatever tinkles your lights). They act like a partyline (the chit chat kind) for your c-tactile afferents.

(C-tactile afferents: unmyelinated low threshold mechanoreceptors innervating the skin of mammals. You could probably work out how to write that in plain language if you weren’t so busy obsessing over hugs.)

Hugs. Hugs! They flood your body with oxytocin in a way that sunsets can only dream of. Though you felt pretty oxytocined by that red-gold sunset last week, and you’ve been noticing that you’ve never noticed the nature thing before, or at least not in such appreciative detail.

The thing about hugs is that the Carnegie Mellon University showed in 2014 that they are good for your immune system. You feel like this might be conflicting advice right now. Because that study was specifically referencing common colds and not pandemics. Because context is everything. You feel like holding on to the nearest person, or tree, or wire-framed fluffy monkey, for way, way longer than the recommended 20 seconds of hug science, and drowning in their touch. And not just because science says so.

But also, you’ve had seven weeks of being afraid to touch something that someone else has touched, so to touch other people feels way too peoply. To touch where they’ve touched, even. Too, too peoply. You suspect there is a middle ground waiting to be navigated, but since you’ve been so out of touch with your sense of touch, you figure it will take a while to get there.

You remember that time in 1987 when Princess Diana took her royal, metaphorical and medical gloves off and shook hands with that guy who was in hospital with AIDS. You feel like this is somehow hugely relevant and everything is connected.

You notice that lots of the people on your screens are not physically distancing and you remember that that’s how things used to be. Also some of the things on screens are fiction, remember? More of them than you think.

You still have eight tabs open trying to make sense of C-tactile afferents. On tabs nine to 12, you are concurrently reading about robot hugs in hard-cold, soft-cold and soft-warm trials. You would like a soft-warm hug, robotic or not.

On tabs 13 to infinity, you find yourself reading some totally gendered, consent-free pieces about how to hug in different social circumstances. Where to put your hands, boys and girls. Ew. You remember that the internet is not necessarily soft and warm. You think you might ignore screens now for days and days and days and days since there is peoply-ness now in your world. You have a nice cup of warm milk and put yourself and your issues to bed. Tomorrow is a brave new day.

That's all very well. What of the refugees from compulsory hugging - escaped patients, interns etc?