Past, future converge in the studio 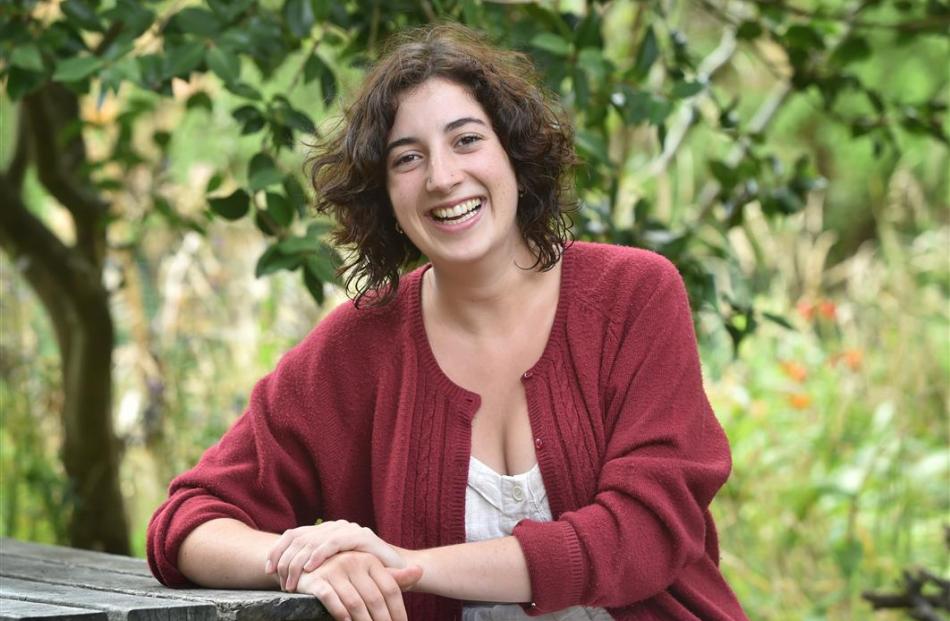 Holly McPhee's debut album reveals the Catlins-raised singer has an ear for the past, yet she also has an eye on the future, writes Shane Gilchrist.

Holly McPhee is relaxing in a room upstairs at Governor's Cafe, just a block up the road from a small bar, Mou Very, where she and fellow musical troubadour Aliina Vegar performed the previous night.

Calling themselves Tumbleweed, the "youth guests'' at the recent Whare Flat Folk Festival perform originals as well as a range of indie and folk covers.

Yet Tumbleweed is not the subject of this conversation.

Instead the focus is on McPhee's debut album, Let No Man Steal Your Thyme, a 16-song independent release that showcases not only her singing prowess but, equally significantly, reveals this 21-year-old has an ear for the past.

With the exception of a jazzy closing trilogy, Let No Man Steal Your Thyme is rooted firmly in traditional British folk music.

And there's nary an accompanying instrument in earshot, McPhee preferring a cappella arrangements occasionally augmented by harmonies provided by herself and Dunedin folk singer Imogen Coxhead.

In the final year of a bachelor of music degree at Otago University, McPhee grew up near Owaka, South Otago, where her parents' eclectic record collection exposed her to 1960s-70s folk revival bands such as Steeleye Span, Fairport Convention and Planxty, as well as jazz and blues artists.

Having started singing in a local community music group as well as school choirs and kapa haka, she joined the New Edinburgh Folk Club in 2013 and performed at the Bards, Ballads and Bulldust festival in the Maniototo that year.

That led to invitations to sing at various folk festivals around the country, as well as a regular lunchtime spot at Dunedin venue Manny's.

Self-funded (her parents helped pay for the album) Let No Man Steal Your Thyme was recorded by engineer, producer and mastering expert Paul Sammes in his ArtHouseMedia studio in Belleknowes.

Prompted by requests from family and friends, the album is intended as something of a calling card, a record of musical roads travelled as well as - in regards the closing three jazz songs, Something Cool, All Of Me and Who Knows Where the Time Goes - proof McPhee is able to roam other genres.

"I've been doing this for so long that I thought I needed something to show for it. It was my first experience of professional recording, so I was a bit like a deer in the headlights, but Paul sat me down and went through his processes and explained things. It was a great learning experience.''

The fact McPhee has chosen to go it alone on a collection of her favourite (largely traditional) folk songs (including Let No Man Steal Your Thyme, Wayfaring Stranger, Banks of the Moy and As I Roved Out) suggests she is confident in her vocal abilities, even if mention of this almost has her blushing.

"I'm quietly confident I can stay in tune. Part of the reason why I sing a cappella is I'm a little bit lazy and don't know any other instruments. When I was younger, it was just easier to sing folk music or jazz by myself.

"I also think I'm attracted to a cappella singing because I can learn from it. When there is nothing else around, I can focus on the vocal ornamentation and absorb it, or try to.''

"I remember taking a Planxty album to an after-school art class and making everyone listen to it. But I suppose as a teenager you either go completely against your parents' tastes or you embrace them. I went with it. Actually, I probably took it a bit further.''

That said, McPhee is keen to continue her exploration of various other forms of music.

Which is where Tumbleweed rolls back into the picture: "Since I finished recording the album, I've done quite a few gigs with Aliina, delving into more popular stuff. I've left traditional music behind for the past couple of months, but it will be good to get back into it. It's good to have a lot of variety.

"My goal for 2016 is to perform more around the South Island as well as continuing to sing at festivals, while finishing my degree. After my studies I want to travel around Britain. I think I'll do the typical OE thing and bludge off Mum's Welsh relatives.

"I also want to perform over there. It's all about building experience. I'm still fairly new to all this. I still get nervous.

"I just want to keep evolving and see where music takes me.''

• Holly McPhee's Let No Man Steal Your Thyme is out now. She will celebrate the release of the album on Friday, February 19, at the Owaka Museum, supported by the duo Max and Lara (Max Olsen, of Papatowai, and Lara Robertson, of Dunedin).