Paying the past its due 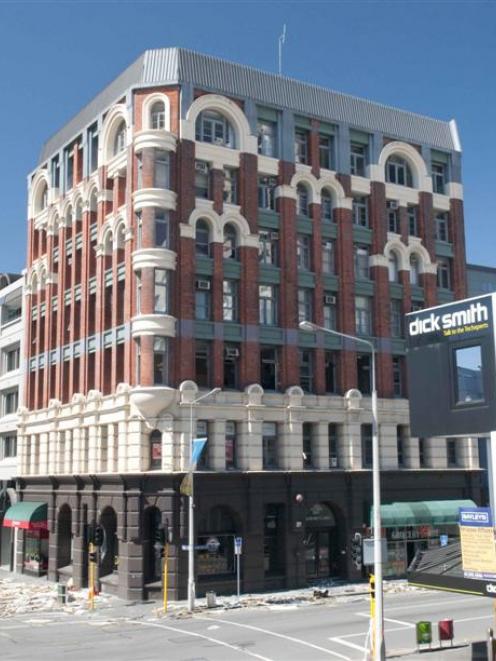 The Manchester Courts was demolished following last year's Christchurch earthquake.
The earthquake in Christchurch and closer to home, the unassisted collapse of part of the Barron Building in Rattray St have got people asking what should be done to preserve our old buildings, who should do it and who should pay? Peter Entwisle offers some answers.

The questions relating to the preservation of Dunedin's heritage buildings are timely or at least topical.

Like the buildings, they've been around a long time, but have never been seriously addressed. Perhaps this time they will.

Through accidents of history, Dunedin became first, the largest and best-built city in colonial New Zealand, and second, because of its long stagnation, its best preserved.

Its first distinction was commented on by such as Anthony Trollope, a British writer, as early as the 1870s. Its second was noted by the distinguished New Zealand art historian E. H. McCormick, in the 1930s. 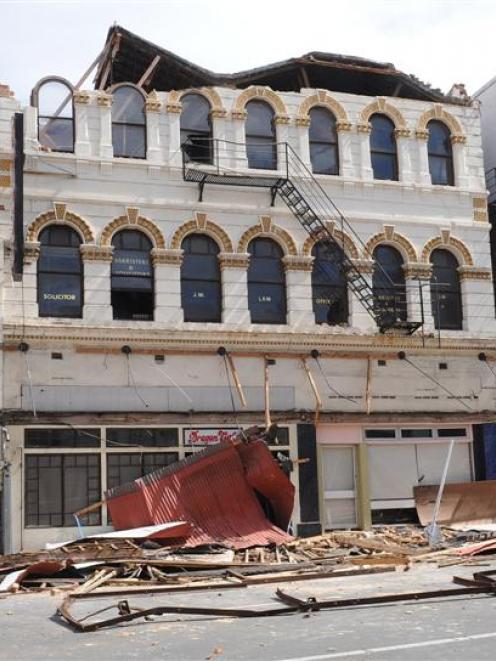 The Rattray St building from which masonry began to fall earlier this year.
People have noticed that the preservation of the built environment was not initially because its citizens cared. There have been acts of noticeable iconoclasm: the 1969 demolition of the Stock Exchange and the 1964 truncation of the Municipal Chambers clock tower.

Attitudes changed. In 1989, the Municipal Chambers were restored and from that time the city council established heritage and townscape precincts to protect some areas. But interest faded again.

The Christchurch earthquake revealed that even fairly minor interventions make a significant difference to the survival of unreinforced masonry buildings.

The Barron Building's mishap highlighted the fact the city council does not actively look for buildings whose structural integrity may be compromised. It only considers this if building owners ask to change their uses, or make modifications. 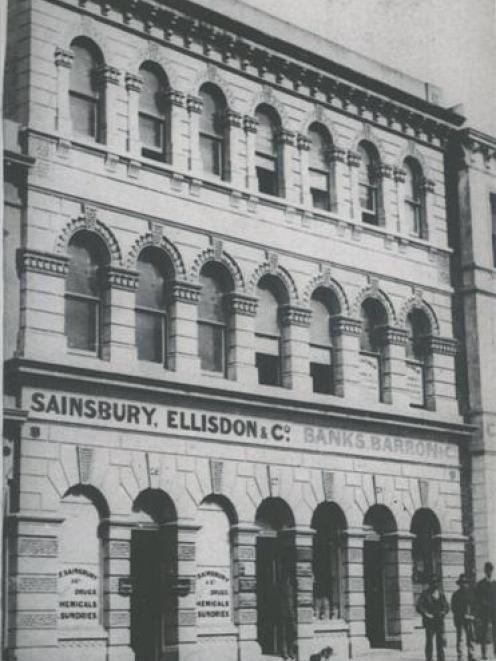 The same building in better days, about 1880.
If the council was to change its policy and go out looking, it was asked, who would pay, the city or the owner?

There is a comparable question about who should pay for any desirable interventions and a related one: how cost-effective might such interventions be in terms of owners recovering the cost from later uses?

There is another question, less frequently asked: just how many heritage buildings do we have? What is the size of the overall problem?

The answer to the last question is we simply don't know. There is a recording deficit which means sometimes, quite often, when a building is proposed for modification or demolition, it isn't listed in the district plan or registered as an historic place, but on investigation turns out to be of heritage value.

The solution to this is to spend more money on recording. The Historic Places Trust should. The city council should.

The immediate problem of identifying known or obvious heritage buildings whose structural integrity may be compromised can be solved, as Stephen McKnight has pointed out, simply by walking around making an external examination. There are only a handful. It wouldn't cost much to inspect those and discover their condition. The city could and should do this.

There is already a heritage fund administered by the city council to which the owners of heritage buildings can apply for assistance in making repairs.

The heritage value of their buildings needs to be established, but irrespective of the owners' resources, the heritage aspect of a building is a public good and warrants some help from the public purse. At present only the city council contributes to the fund. The Historic Places Trust should contribute, too.

Then there's the question of cost-effectiveness. Some people and bodies tend to think of elaborate and costly interventions, while in fact often fairly inexpensive ones will do.

Over the Princes St buildings, consultant engineer Lou Robinson gave evidence that strengthening the facades would cost less than replacing them.

Mr McKnight is a master of the light touch, low-cost intervention.

Even so, sometimes interventions will be costly and not always cost-effective given the likely uses of the building. Should the city council be the principal or only agent to make up the difference, delivering the public good?

Although we don't know exactly how much heritage we have, we do know we have a disproportionate amount for our population. There are only 120,000 people in Dunedin, but there are more registered historic places here per capita than in any other New Zealand city.

Heritage, certainly when it comes to category 1 registrations, is acknowledged as being of national value.

In recognition that Auckland has greater traffic congestion problems than other parts of New Zealand, Dunedin taxes are used to mitigate the problem.

By the same token, national resources should also be used to assist the retention of our heritage buildings. Our leaders, the mayor, local MPs, should take this case to the Government.

A relatively modest sum in the national context, channelled through the Historic Places Trust, should be expended to boost recording, assist inspection and augment the heritage fund to address this problem.

It's capable of solution. Dunedin shouldn't have to do it all by itself. If we fail to address this now our children and grandchildren will have cause to shake their heads and wonder why we failed to act.

• Peter Entwisle is a Dunedin art curator, historian and writer.