With a theme of migration it is no wonder the Robert Burns Poetry Competition 2020 attracted some poignant entries. Nearly 50 published and unpublished writers entered the annual competition, which marks the Scottish bard’s birthday on January, 25 1759.

The entries are judged by the University of Otago’s Robert Burns Fellow. For 2019 that was Emily Duncan, who was joined on the judging panel this year by Dunedin-based poet Caroline McCurdie.

Here are the winning works. 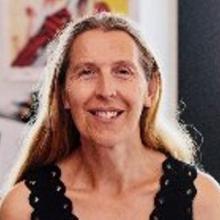 The Dead: A Migrant Life in Two Parts

1: There, My Last Memory is Home

Forever, as I leave you,
my last memory of home
remains. Like the revenant,
it’s built of things already lost:
white sheet out in bad weather;
TV keens at audience; blank, cold room
nurses a dead pot of tea. The air stirs
with silence my mother will not break.
Nor I, who walk past her and out …
into lonely world. Without affection,
I know I must never look back
into this memory: mirror; dark place.
To birth something as precious
as a child then bear them to give up
is no grief at all, no way to surrender

is no grief at all, no way to surrender
a child. Give them up, then bear
to birth something as precious,
as dark and mirrored as this memory.
I know you will never look back,
the world lonely without affection
as you walk past me and out …
of a silence you will not break. Daughter
of dead air, stir empty tea-pot, nurse
cold room, keen audience of blank TV.
White sheet out in bad weather,
you are built of things already lost.
The revenant-like remains
of home and memory last
forever as you leave me.

2: Here, I Live in the Haunted House of the Past

The window is an unforgiving friend.
It holds me in. It swallows my sky,

banishes strangers, neighbours
and those who get too close. Gone

Now my days are full of such absence
as settles me. Unquestioning as faith,

I observe the sanctity of ceiling
and wall, the furniture of my life.

When night creeps in to wipe me away
with its insomnia, I become small

screams in a house. In the morning,
I return to the window of my world

as if to a poem I refuse
to complete. Here I think

of newspaper reports about civil war
in Syria and Yemen, migrants displaced

to oceans dark as glass, and drugs
which enshrine dependency. A ghost

of someone I used to know disturbs
the window with its knocking, and I

like thing Ive become, the swallowed
sky reflecting my lasting need for flight. 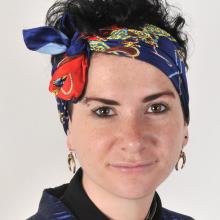 yellow? she asks a second time
i want to drown inside a factory that makes only yellow things
in a vat of yellow paint that has only just developed a skin
the skin of that yellow paint will hold me like a basket
until it can hold me no more

in the corridor people give me words as if its no trouble
i say i like what they say and they say take it  its yours
they are so sure of the abundance of language
i say things
i don’t remember them
people ask
what happened?
and i don’t know what they are talking about 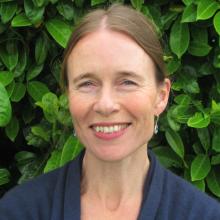 Did the song in my bones come adrift on sea,

in the wake of a carved canoe?
Did it rise on hymn in 1834,
when my father’s forebear, William Wade
brought his mission work ashore?
Was it lugged by the reverend down a briny plank
along with a printing press?
Sunk in the print of his foot on sand,
or the print of his own neat hand?
Was it captured in prose in the first printed book
to emerge from that printing press?
Or carried on a displaced warrior’s song
from fierce depths of a Maori breast?
Did it sail to Otago on Arima, in 1863,
with my mother’s forebears from Ayrshire
and their thirteen progeny?
Did it beat broken time with a Crimean veteran;
‘‘One of six hundred’’, Samuel Wilson,
survivor of Charge of the Light Brigade,
laid in lonely Christchurch grave?
Or did it hum at his funeral with The Addington Band,
to the tune of, ‘‘The Dead March in Saul’’?
Did it strike like the stroke that stole one side
of early All Black, Vivian Wilson,
or dance the beguiling Australian winds
that lured his children over the Tasman?
Did it drift on the corpses of great aunts and cousins,
drowned never knowing to swim;
Helen Marr Grey at Taieri Mouth,
James and William in a river down South?
Did it come seed-buried in gorse and thistle,
with Blaikies, Campbells, Mcleods?
Did it linger in fields of the sheep breeders,
or in Hendersons’ woollen mills, stores and bars?
Was it raised on birth cries of the mothers and wives,
history renders so deftly invisible,
or amid steaming clamour of pots and pans,
the laundry, the bleeding, their raw, chaffed hands?
In answer I tell you, that the maps on my palms,
tell of faith and of love and of toil.
They tell of a myriad crimes handed down
and assumptions from which we’d recoil.
But the song of ancestral migrations resounds
in the song that lives on as my own;
Song of cells, song of birds, song of wandering herds,
song of stars in celestial rotation,
song of formation, song of founders, destroyers,
homecomings and voyages,
song of healing and leaping, sowing and reaping,
song of attraction, repulsion and flux;
How ancient the song!
And so fast undone…
For, heat migrates in toxic swathe,
icecaps migrate to the seas,
and the pollution of human settling
would cast us all as refugees.
But, today there’s a cooling migration,
from river to ocean and cloud;
a sublimation, a condensation,
soft on our faces, softly to earth;
It is raining.
And the rain is singing.
Still, singing. 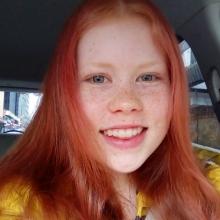 lace
of a wedding dress
that was silky to the touch until she wore it on her skin
the smoke
of a city
the gritty, spiny smoke and the streets that smelled of gin
honeyed tears she swallows as
she knows she can’t return
she yearns;
an aching for the God that only wallows in the Thames
his hand will not extend
to the crusted creaky ship
or the baby on her hip
oh mrs james inglis
whose maiden name was ingrid
torn by the wind on the salt stained deck
no more than the mermaid
lashed to the stern.
where did it go wrong
figurehead? 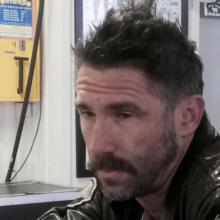 (or: I went, I earned, I capitulated & returned)

that lucky country
where White is Big as Sun in Too Clear Sky
where I took my lover; left then
for another golden lover

a decade foreign, not lost
a decade spent, not wasted
now with none to trust to guide me

and I also A Little Boy Lost then
with the blood on his palms
offered too many rides to too many stations
with Wonders before, to Eat in extreme
to belly scrape the bottom
to come up to air
to return to forgotten
the soil beneath my bare feet loaming
where colours blink in a days afternoon
yet to capitulate
yet to return to me. 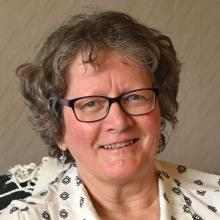 I followed my grief to Christchurch this weekend
To the East Side, where lie my forbears,
progenitors of six generations from English migrants
I put flowers there, wiped dust from their plaques
and thought about words I could not yet say.

Across Ruru Road,
machinery,
and many men, busy at their work.
Digging graves for fifty.

Where are the Manuka logs, those 'bits of wood', as the prosaic, anti Council brigade put it?