Researchers Anne Besson, Prof Alison Cree and zoology students watch on as Scott Jarvie weighs a tuatara before release into the Orokonui habitat in 2013. Photo: N. Peat.
As wildlife has returned to Orokonui Ecosanctuary, the scientists have not been far behind, writes Kelvin Lloyd.

As visitors flock to see the native wildlife at Orokonui Ecosanctuary, there has also been a steady stream of scientific publications as a result of research undertaken within the ecosanctuary.

The zoology department of the University of Otago has been a big contributor to this research.  Ecosanctuary staff and volunteers and donor iwi and host iwi Kati Huirapa ki Puketeraki have also had significant involvement in research projects within the ecosanctuary.

Some of  the research  may have been stimulated by a rather critical 2011 paper questioning the merits of fenced sanctuaries, which challenged  those involved to provide evidence of their conservation outcomes.

That process was already happening. Research accompanied all translocations to Orokonui, and 15 scientific research papers based on these translocations have been published since 2010.

Among the work was significant research on the tieke, or saddleback, and toutouwai, or South Island robin, by the late Prof Ian Jamieson and his students, and very detailed research on tuatara undertaken by Prof Alison Cree and her students. 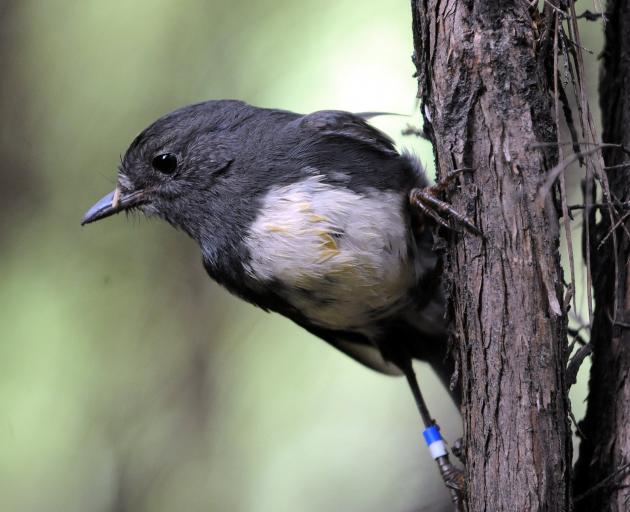 A robin perches on a tree at Orokonui Ecosanctuary. Photo: Peter McIntosh

Bryce Masuda evaluated the condition and initial survival of tieke translocated to Orokonui in 2009, resulting in important  findings  that improved future translocations. Subsequent monitoring showed that fledgling and yearling tieke were more likely to settle within the ecosanctuary than adults, again helping to refine future translocations.

Meanwhile, Robert Schadewinkel had embarked on a study of toutouwai (South Island robin), including a translocation of toutouwai to Orokonui, and assessment of their translocation success.  A key finding of his study was that similarly to tieke, younger toutouwai were more likely to settle within the ecosanctuary than older birds that had developed a homing instinct.

Earlier, Prof Alison Cree and Anne Besson had begun assessing the suitability of Orokonui Ecosanctuary for a potential translocation of tuatara.

They showed in a succession of articles firstly that tuatara would adjust their thermoregulation behaviour in response to the cooler thermal environment at Orokonui, then that their physiology was similar in many respects to southern lizards, and thirdly that tuatara eggs would likely be successfully incubated at Orokonui, and some sites were warm enough to produce both male and female offspring.

Then, Ricardo Mello and ecosanctuary staff and volunteers monitored the behaviour, growth, and survival of captive-reared juvenile tuatara within a pen at Orokonui. This showed that tuatara could reach their preferred temperatures during summer by basking and stayed at safe temperatures during winter within burrows.  The juvenile tuatara survived and grew, justifying free release of tuatara into the wider ecosanctuary.  These studies by Besson and Mello were important in paving the way for subsequent releases of tuatara within the ecosanctuary, and meeting the approval of Ngati Koata, kaitiaki of source tuatara.  The comprehensive nature of the research into the suitability of Orokonui for tuatara led to a strategic framework being developed for translocations. 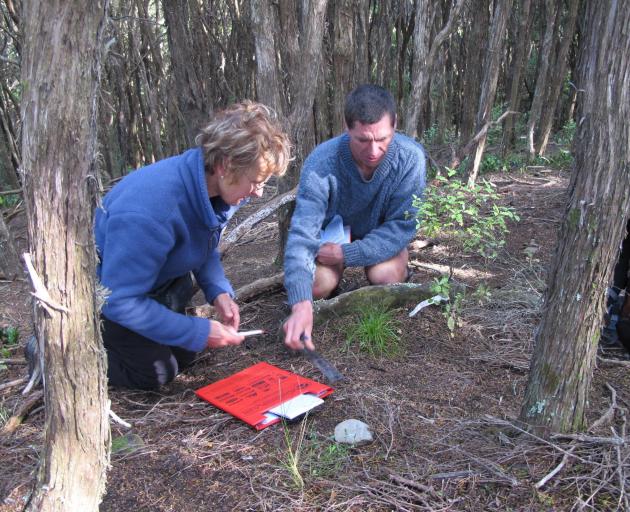 Released tuatara provided for further research by another of Prof Cree’s students, Scott Jarvie.  Firstly Jarvie found that the effects of transmitters attached to juvenile tuatara had no apparent effect on growth and survival. Then a comparison of captive-reared and wild-caught juveniles translocated to the ecosanctuary showed that survival, dispersal, and resource use was similar between both groups, so either could be used in future translocations.

Opportunistically, a primary school teacher fellow, Jenny Kitchin, collected tuatara droppings and with the help of Prof Barbara Barratt, was able to determine tuatara diet within the ecosanctuary.

Few translocations of rare fauna would have been subject to such careful and comprehensive research as that undertaken to address the suitability of Orokonui Ecosanctuary for tuatara.

Tuatara were not the only reptile being studied at Orokonui.  A study led by wildlife management student Megan Bogisch showed reasonable survival of Otago skinks in the skink enclosure within the ecosanctuary after 11 months, and evidence of breeding.  In addition, a study of the ‘‘soft release’’ of jewelled gecko within the ecosanctuary by local herpetologists Carey Knox and Jo Monks showed that this form of release had advantages for newly translocated populations.

More recently, Luke Easton  assessed the suitability of habitats within Orokonui, in this case for Hochstetter’s frog, concluding that Orokonui would be suitable.

Finally, there has also been research on forest regeneration and rare plant translocations, and sampling of moth assemblages within and outside the ecosanctuary; this research, and doubtless many other studies, await publication.

A full list of the publications describing the above research is available from the Orokonui website: www.orokonui.org.nz.

- Kelvin Lloyd is an ecologist with Wildland Consultants, who has undertaken research on rare plants and forest ecology within the Ecosanctuary.