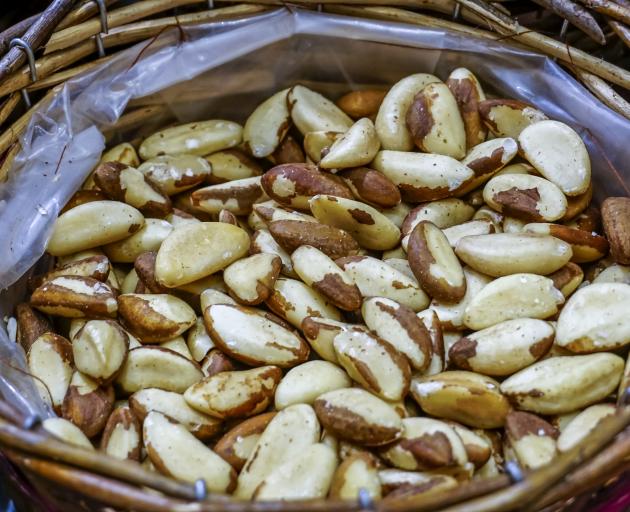 Photo: Getty Images
A few brazil nuts can help your body get the selenium it needs, writes Kirsty Fairbairn. 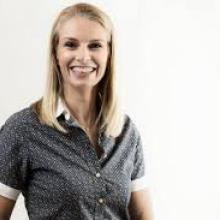 Last year, I wrote about an important yet somewhat underrated trace mineral - iodine. This month, I'll focus on another trace mineral that is also important to New Zealanders' diets: selenium.

Much of the research investigating the selenium status of New Zealanders has come from the work of two researchers from the University of Otago's department of human nutrition, Profs Rosalind Gibson and Christine Thomson.

We are lucky to have such talented people in our midst researching issues that are relevant to New Zealanders.

The reason selenium is important to New Zealand is because our soils are low in selenium. Most of the plants we grow don't need to accumulate selenium to grow, thus our local plant foods are likely to be low in selenium too, as, in turn, are the animals that feed on those plants.

So why bother about this rather hard to pronounce trace mineral? Selenium is an important co-factor in one of our body's most valuable antioxidant defence systems. The enzyme glutathione peroxidase is a powerful antioxidant, implicated in our ability to counter oxidative (or free radical) damage. There are many different forms of glutathione peroxidase in the body, located within cells and in cell membranes, especially in the gut, liver, colon and is transported around the body in our blood.

It is likely that this enzyme is responsible for "cleaning up" a lot of free radical or oxidative by-products of cell metabolism. Selenium is also important for optimal thyroid, reproductive and immune function so, although we don't need a lot in our diet, it's use in the body is widespread.

Indeed, a selenium deficiency on top of an iodine deficiency spells trouble for thyroid function - and New Zealanders are at higher risk of these two nutrient deficiencies than other countries.

There is also some evidence that people with low selenium may be at higher risk of some cancers affecting the liver (Hughes et al, Am J Clin Nutr 2016) and colon (Hughes et al, Int J Cancer 2015). However, a thorough meta-analysis of 83 randomised controlled trials using selenium supplement or placebo for cancer prevention have found no impact (Vinceti et al, Cochrane Database of Systematic Reviews 2018). It seems that a diet higher in selenium may be protective against some cancers, particularly in men, however using selenium supplements doesn't have the same effect. This suggests that the foods contributing selenium to the diet, and the other nutrients present in those foods, are helping to prevent cancer.

The last National Nutrition Survey (conducted in over 4500 New Zealand adults during 2008-09) found that while our selenium intakes had improved since 1997, generally, we were still not consuming enough. Over half of the females and a third of the males who had their diet assessed in this survey were not getting enough selenium in their diet. Men and women over 71 years of age, and young women aged between 15-18 years had the lowest selenium intakes.

Before you rush out to buy a selenium supplement, be wary. Our body functions optimally within a narrow range of selenium status, and too much can be toxic. Symptoms of selenium toxicity include a garlic odour on the breath, fatigue, lines forming across your nails or nails falling out, hair falling out, skin problems and gastrointestinal disturbances. Any selenium supplement should not have more than 150g/day (that is micrograms, not milligrams (mg), a day - it's a very small quantity). The maximum safe intake of selenium is 400g/day. Speak to your doctor and/or dietitian before taking selenium supplements.

The safest strategy to improve your selenium status is to use rich food sources of selenium. Brazil nuts are a uniquely concentrated source of selenium, so including brazil nuts in your nut medley at home is a great idea. Australian soils have more selenium than ours, so as more Australian-made breads and cereals enter the New Zealand market, our selenium status may improve. Indeed, the National Nutrition Survey of 2008-09 identified bread as the major source of selenium in our diets (bread provided 15% of our dietary selenium) because a lot of the bread sold in the North Island was made using imported Australian wheat. Unfortunately, this means South Islanders tend to have lower selenium than North Islanders.

A recent study of selenium intakes among post-menopausal women in New Zealand (Brough et al, Nutrients, 2017) suggests the dietary picture has not changed much for this group since the National Nutrition Survey. Approximately half of the nearly 100 women studied (aged 50-70 years) were not consuming enough selenium in their diets - and they were all North Islanders! However, almost a quarter of them ate less than 1 slice of bread or 1 bread roll a day. Those who ate more than one slice of bread per day had significantly higher dietary intakes of selenium.

It takes only 1-2 brazil nuts a day to meet your daily selenium requirement. Combine those in your diet alongside regular fish and seafood and some wholegrains and your selenium (and iodine) intake could be greatly improved!

I'm off to get a handful of nuts now!