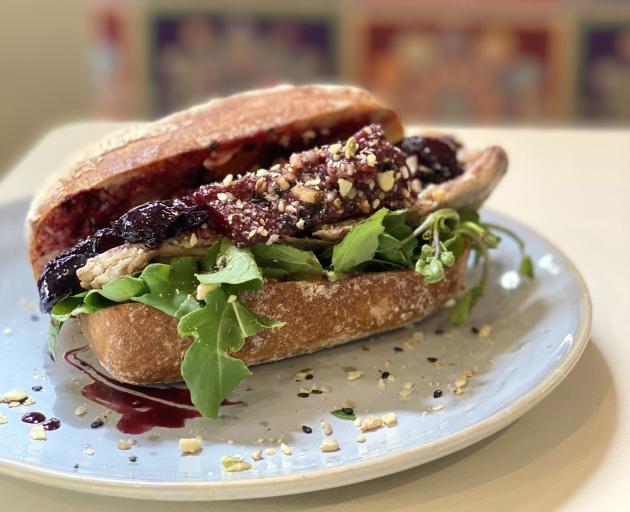 The celestial sandwich. PHOTO: CHARLIE BUCHAN
On New Year’s Eve I weighed myself. This was a mistake, writes Kate Oktay. 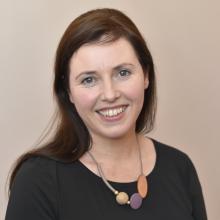 Kate Oktay
I never weigh myself. I put on weight until my jeans get uncomfortably tight and then I start running until I can do up the top button again. Something possessed me to drag out the scales from underneath the cupboard and get on them. I looked in horror. I weighed more than my father. More than two very good lambs due for the works. I had cracked a new number, reached new heights, or widths, and was quietly horrified at myself.

In retrospect this should not have been a surprise. I spent December in an eat, eat, eat, eat, drink, eat, drink, eat cycle that favoured deep-fried, cheesy, and chocolate interspersed with alcohol of any kind. A particular low point was eating nachos in bed at around 11.30 at night as my husband tried to sleep beside me.

"Guess how much I weigh?" I said to him. He looked at me with a critical horse-buyer-at-the-market eye. "You have put on weight," he conceded. "Umm ..." and guessed a number that would have been my average weight plus a long lunch.

I briefly considered how fortunate it was that I had managed to marry someone with such a poor ability to calculate mass.

He crept up, number by number as I shook my head, and then suddenly dipped down to something I hadn’t been in years.

Lucky. Lucky, lucky, lucky, I thought, and pondered whether it was a problem with his eyes or his brain.

"Higher than all of those numbers," I said sadly.

He finally guessed correctly in a tone that seemed almost impressed that I had managed to eat that many chippies.

"Vaaaay," he said, in a characteristic switch to Turkish that happens whenever strong emotions overtake him.

On New Year’s Day, I woke up after a dream about my husband taking a second wife. I knew this would make him happy, so I told him about it as soon as I crawled out of bed.

A decade of marriage proved me right and he hooted with delight, "Yah, second wife time! Finally! Was she young? Was she covered?" he grinned hopefully.

"You are the worst," I told him cheerfully and went off to make myself breakfast.

When I came back he was chatting to his brother on the phone.

"Don’t worry," my brother-in-law said to me, gleefully.

"Don’t worry about the second wife. There is a maximum weight, so once you are over that it splits, and you are the second wife," he said while he and my husband dissolved into hysterics.

"I hate you both," I said and stalked off to eat my toast, buttered with slightly less abandon than usual, shutting the door on the raucous laughter.

Putting on well over 10kg in a couple of months has been remarkably easy. Apart from anything else, what is mostly to blame is the fact my work is very close to the best sandwiches I have eaten in my entire life.

The bread has a crust of golden crispness and a pillowy, soft inner. Pork belly, cooked to perfection, is a generous slice of mouth-wateringly tender heaven juxtaposed by a bright, zesty plum sauce with crushed hazelnuts and fresh green rocket.

I eat my packed lunch when I can wait no longer (10am), and then for the rest of the day I suffer intrusive thoughts about The Lead Balloon’s delicious sandwiches.

In the middle of a meeting I am dreaming of cloud-like, chewy bread. I write an email and drift off to thinking about their recipe for the sauce. How do they get a many-layered richness to it while keeping the colour so vivid? Is there some kind of citrus involved?

Eventually, by about 1pm, sandwich thoughts have crowded out work thoughts entirely and I figure that I should just go and buy one. After all, we are, at my place of work, partially ratepayer funded. I have a responsibility to the people.

Once I am there they look so delicious, and I am so hungry that I buy two. After all, there was the walk there, a 100m lumber across the Museum Reserve, that has to be worth some calories, I reason.

Those pork sandwiches are a good part of the reason why I am now both wife one and two.

I don’t care that I am buying that Lead Balloon lady a holiday house through my relentless purchasing of her products and that I am going to have to start wearing elasticised pants to work.

She is a genius, and I am blessed to be able to eat her celestial sandwiches.