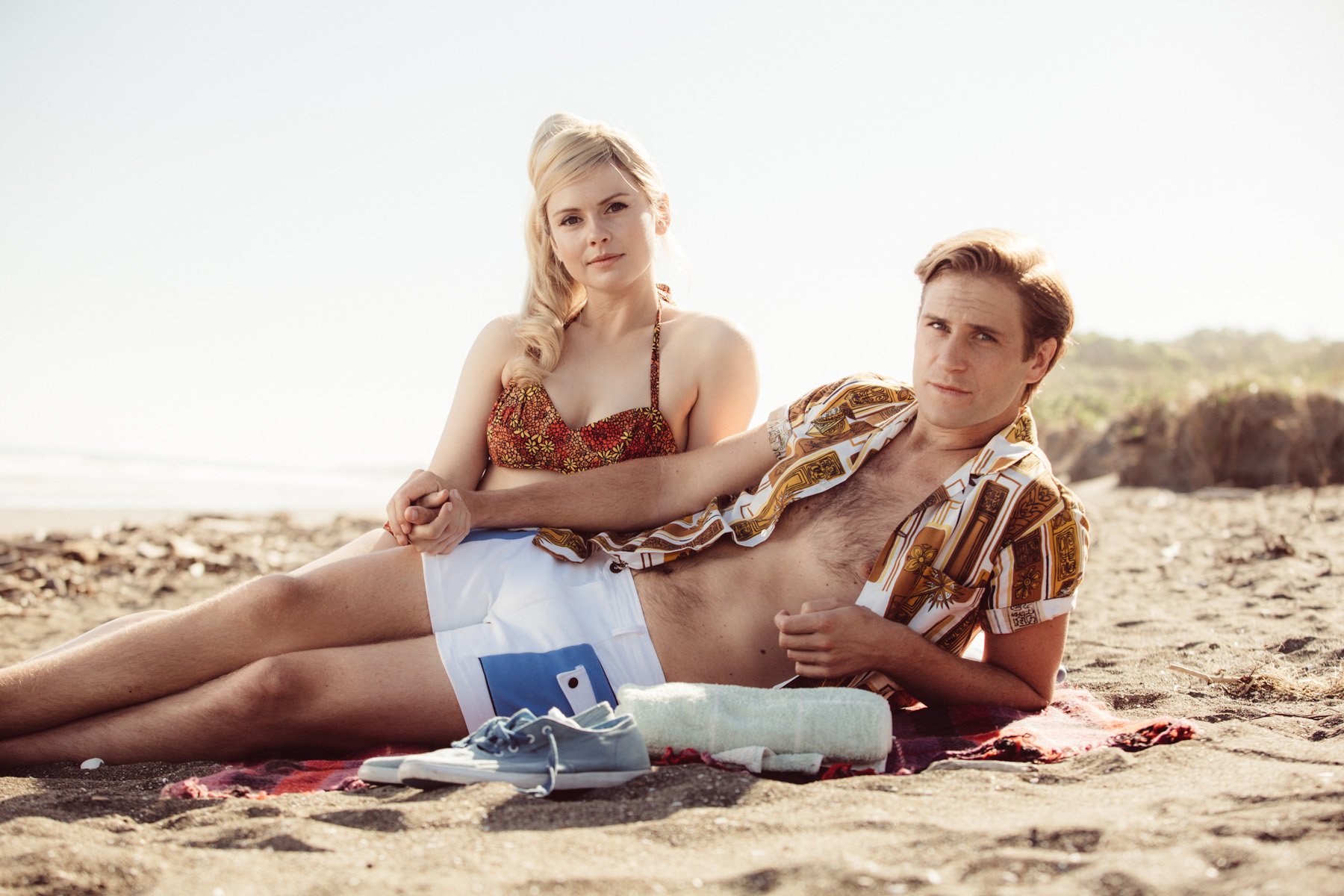 George Mason and Rose McIvor in a scene from the New Zealand musical Daffodils. Photo: supplied
Classic Kiwi anthems are at the heart of new film Daffodils, and actor and former Invercargill man George Mason gets to sing them, writes Tom McKinlay.

In a pivotal scene in the new New Zealand film Daffodils, our star-crossed protagonists sing Neil Finn's lovely Fall at Your Feet.

George Mason follows: "And I feel like I'm moving inside her".

And so it goes, each singing the next line - lying together, alone in bed - and it's hard to imagine the song was ever anything other than a duet, so perfectly do the lyrics capture the torment of the movie moment.

The musical, based on the award-winning stage version of the same name, by Rochelle Bright, is built on a framework of great Kiwi songwriting. So it starts with a rousing chorus of Th' Dudes anthem Bliss, before employing classics such as Drive, No Depression in New Zealand, Not Given Lightly, Crazy? Yes! Dumb? No! and Tally Ho! to drive the narrative forward. Each sounding as if penned for the scene.

For Invercargill-born lead Mason (28), that meant he needed to do a lot more singing than he has previously.

"I did a lot of work on my singing," admits Mason, who has until now been best know for strictly talking roles on the likes of Shortland Street and Home and Away.

"I had always considered myself a little bit of a singer but never done anything really like that, apart from the odd school play at Southland Boys' High School. I might have sung a little bit on stage there.

"That was the main thing that I was working on, because the music carries the film."

It involved working with vocal coaches, one through the audition process and another during the recording process.

Some of Daffodils' songs were pre-recorded in the studio, the actors lip-syncing during filming, but for Fall at Your Feet they tried something a little different.

"We actually went live with that one," Mason says.

Stef Brown, from the band Lips, who arranged the music, gave the actors in-ear buds over which they could hear the opening note.

"So we could come in whenever we wanted."

It gave them the freedom to play the scene as it needed to be played.

"Because it is a musical, as soon as that music begins you are on a train. As an actor you can take a breath and you can pause and think about what you are going to say, but as soon as you are in a musical it is like, `you're moving', and it's really hard to make that feel natural and look natural. That was the constant balancing act."

Mason was familiar with all of the film's songs, even though he might not have been around to hear them the first time they hit the airwaves.

"The Mint Chicks were more my era, which was cool, I loved their stuff, but all of that stuff I grew up with because Mum and Dad used to listen to that music."

One or two he'd even noodled around a guitar fretboard at some time or other.

"You know, Language, Dave Dobbyn, I played it when I was younger, that song. The version we do is a very different version to Dave Dobbyn's but at the same time, just as important. It's amazing songwriting that's still so, so relevant." 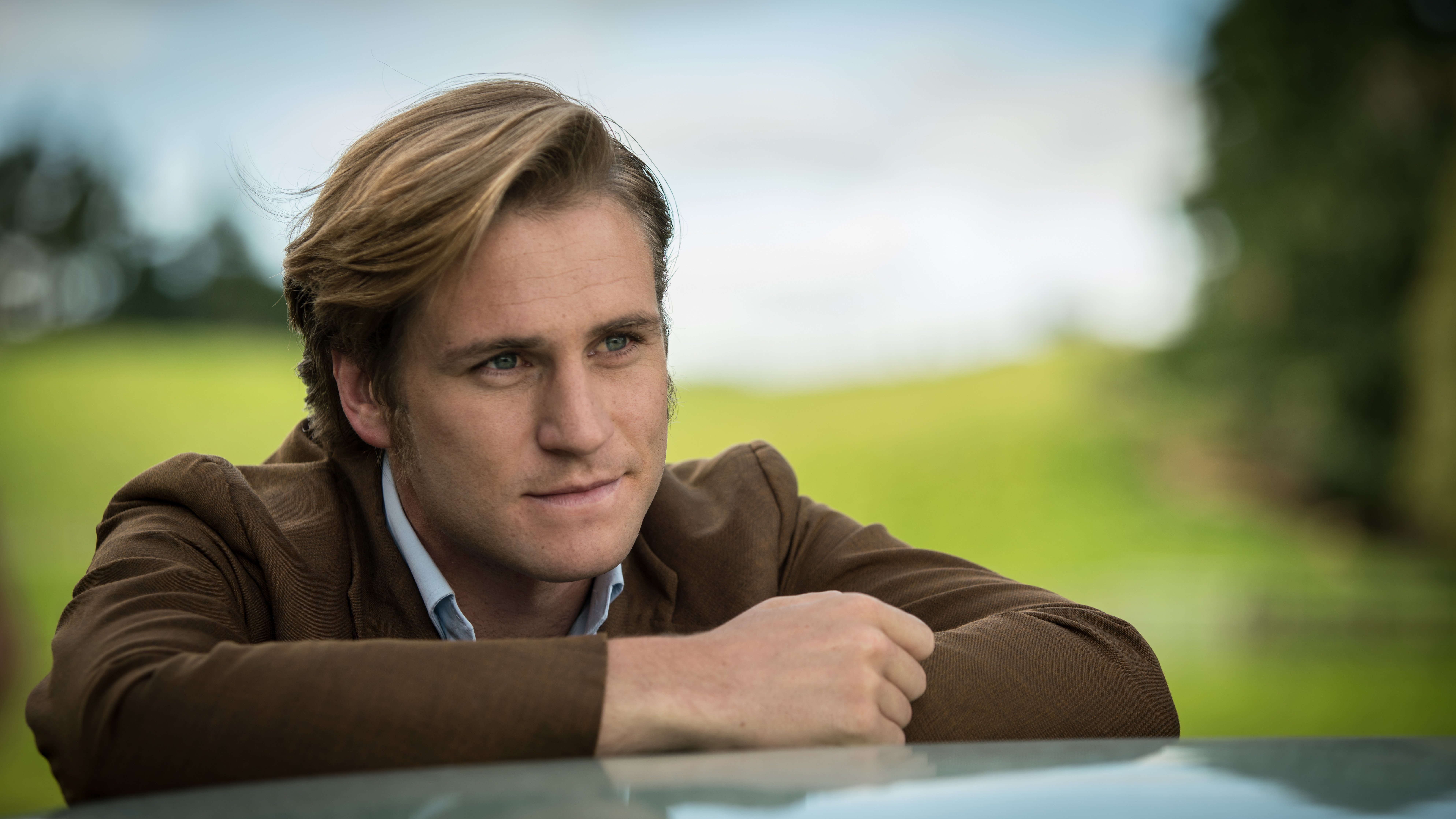 George Mason: "It's a really Kiwi film and I hope Kiwis go and watch it because it has got a pretty relevant message in it." Photo: supplied
The movie begins in 1960s New Zealand, in which teenagers Rose (McIvor) and Eric (Mason) meet by chance one night. While from quite different backgrounds, there's immediate chemistry and romance blossoms. New Zealand singer-songwriter Kimbra plays the role of a musical narrator throughout, backed by Lips, as the couple's connection is tested by life.

While each song neatly describes the moment in the film in which it is deployed, the lyrics increasingly underline the inability of the pair to say to each other what needs to be said.

"That's what is so cool about it," Mason says. "It is not romanticised, it is not lala land, it is a true Kiwi story and the bottom line of it is communication and talking to people before it is too late. Not waiting until you are on your death bed before you say what you want to say to your loved ones. Live it! Which is easier said than done."

The actor admits to wanting to slap his character out of his taciturn reticence at times.

"That's not the reality of my world. If I didn't talk to my wife she'd waste me."

The film's premiere is now out of the way; in Wellington on Valentine's Day, well ahead of its general release this month.

"It was a pretty cool evening for me," Mason says. "I haven't really done a big New Zealand film like that before so it was really exciting and I managed to get most of my family up from Invercargill, which was cool."

"I felt super proud of it. It's a really Kiwi film and I hope Kiwis go and watch it because it has got a pretty relevant message in it."

And the new musical string to Mason's bow has paid dividends since.

His next movie, Dirt Music, is already in the editing suite, following filming towards the end of last year. It's based on the Tim Winton novel of the same name, set in Western Australia. Mason got to be in a band for the film, playing with Julia Stone, and has since been auditioning for films that are more music related.

Mason and his wife live a peripatetic lifestyle these days, he says, spending time in Australia but also looking for work in Los Angeles and New York.

"We're not based anywhere. The beauty of my job and the s*** thing about it is that we have to follow the work. Or at least be in a place where there is potentially work."

Recently that meant time in New York for auditions, putting his newly diversified skill set to work; though perhaps not yet in the full La La Land experience.

"I'm definitely not a dancer," he says.