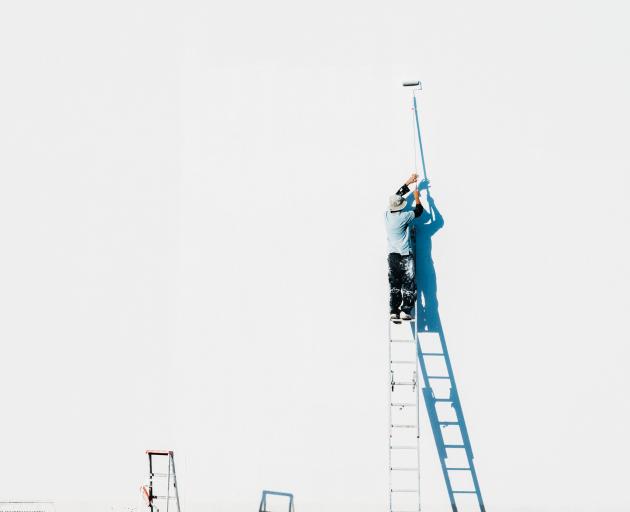 Photo: Getty Images
Summertime is house-painting time. Bruce Munro reflects on the process, perils and payback of "painting your house".

The broad brush, its beaver-tail handle thickened with rainbow pigments of half a dozen painting projects, is dipped deep into forest-green liquescence.

Pulled out with a slurp, drawn up against the inside edge of the can, it sheds dark tendrils of silky paint.

Saturated bristles slap wood, are pulled across the uneven surface, leaving a patchy sheen. Ends of bristles prod paint into pockmarks on the 100-year, daubed and weathered window frame. The reverse side of the brush makes another sweep to create a satisfying, smooth surface.

Even this late in the afternoon the air is warm. Within a couple of minutes the glistening paint is congealing, dulling as it sets, forming a thin yet protective shell.

That will do for today.

The long-suffering paintbrush is rinsed and returned it to its watery, yoghurt-pottle home. The dinted, spattered, silver lid is pushed back on to the 4-litre can of waterborne exterior house paint.

The golden sun crowns the large old man pine that reigns over a patch of bush on the western boundary of this harbourside villa. It throws long, welcome shadows over the tail-end of a hot summer day’s house painting.

A bottle of chilled cider is fetched from the fridge. 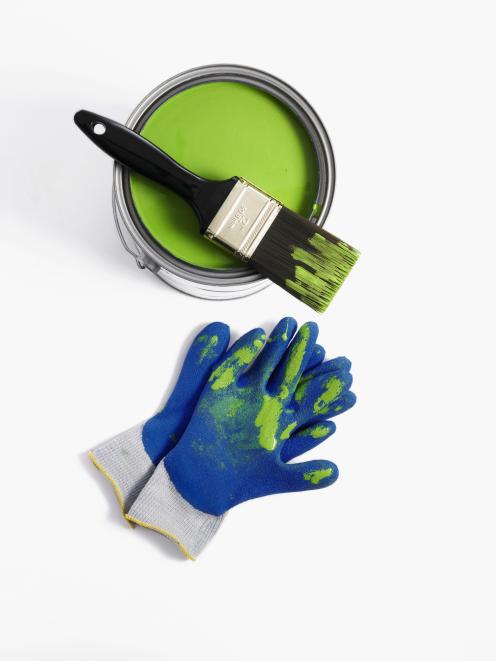 Selecting colours — Spanish white for walls and eaves; forest green for roof, fascia, porch posts and French doors; a combination of forest green and mushroom for windows and front door— was only the first hurdle.

Dozens of hours have been expended on scraping and sanding. Rot has been exposed, cut out, replaced. Hundreds more hours have been poured into priming, painting, top coating.

Sometimes paint stuck. Other times it bubbled and the whole process had to be repeated. Once, a sudden downpour washed away an afternoon’s roof painting.

What becomes clear is that process and perseverance are crucial. Each choice and action either adds to, or undermines, the next one.

Some people never get started because it looks too time-consuming or too difficult.

One Otago man said there was only one thing you needed to know about house painting — pay someone else to do it.

His wife agreed. They had only painted some exterior windows and a few interiors walls, but even that had nearly ended in divorce, she said.

But those who have painted their own house have a different take on it. If at each step you are willing to put in the effort and work through the difficulties then the next bit is, well, not easy, but easier, and better. Eventually, you end up with a whole wall or an entire window that is done.

Then you pick up the sandpaper or the paintbrush and move on to the next bit. There is progress. And with it, satisfaction.

From this vantage point on the bank above the barbecue facing the porch and French doors that open off the back bedroom, the context of the house is revealed. It is obvious why the first colonial landowners said: "Build us a home here". It might, in winter, be in the shadow of Signal Hill. It might be sitting with its back and rump to the sun. But from this elevated position the house gives undivided, double bay-windowed attention to a magnificent view of Otago Harbour, Otago Peninsula and, directly above, almost 180 degrees of southern sky. Large freight ships glide by, seemingly almost within touch. Yachts with billowing sails tack back and forth. Kereru soar and dive in courtship flights.

This evening, the peninsula is an emerald ribbon swathed in late orange sunlight, set on bright blue bands of sea and sky.

For a century, this house has kept faith with its beautiful setting. With the decades, it itself has become an essential element of this scene. It must have been almost as soon as the home was built that twin Chilean pines, brother and sister, were planted either side of the harbour frontage. They now tower above the villa; massive, living columns framing this humble but iconic piece of New Zealand architecture which, in concert with the landscape, sings a ringing, silent duet about this land and its people, of rights and wrongs, toil and triumph, sorrows and aspirations.

It seems only right, given the role it plays, that this house should be taken care of, painted, preserved.

Eyes flit from the roof line where balancing oneself, a tray of paint and a roller requires trapeze-level expertise to a window showing signs of half-perfected skills of "cutting in", the art of painting a straight line separating two colours without the aid of masking tape.

Take for example, the Dunedin woman who, years ago, painted her house a lovely green and then found her black-bearded collie was now also half green.

"Our lesson ... don’t leave the dog out to lay against the house," she said.

The final result (for house and dog) is so much better if lessons are learnt from experiences and that knowledge applied to future actions.

On this west-facing wall of the villa, a room juts out to make space for windows on all three sides. Originally, this was part of a large lounge. But less than a decade ago it was cut in half to create a fourth bedroom.

During the past score years, four children have been raised here. In the mind’s eye they are seen playing football on this lawn, chasing and cuddling pet chickens, standing on the secondhand couch that used to sit below the end windows and pushing their faces up against the glass.

But two of the four are now beyond school years and have moved out. The marriage has broken down. This lounge-turned-bedroom is occupied by one parent at present. Everyone is struggling to come to terms with what has happened. The house is being painted in preparation for a divorce settlement sale.

The consequences of not painting a house, or not painting it with care, can be disastrous. Not sanding properly, painting wet wood, not letting paint dry before the next coat is applied, painting when the day is too hot or too cold, or doing nothing from one year to the next when paint is needed ... can be costly.

An Otago couple know the damage carelessness can inflict. She asks her husband whether he remembers what happened when the paint tray fell from the roof.

"How could I forget," he replies.

Paint coated their BMW as well as the newly sealed driveway it was parked on.

Paint, even primer and two top coats, forms such a thin layer. But applied with care, it affords extraordinary protection to the whole house and everything inside. Fail to paint your house, or neglect to maintain it, however, and the rot is quick to set in.

This house, painted or not, will be inhabited by others. They will reap the benefits or rue the neglect of what they inherit.

A better job could have been done involving the teenagers in the painting process. They did give some half-grudging assistance with some washing down, some sanding. Some youthful experience was gained of applying paint under roof eaves while standing on scaffolding 3m off the ground. But sitting here reflecting, as the last light of a hidden sunset dances through branches, there is some regret that they were not more fully involved.

There is no better way to learn how to paint a house than to do it alongside someone who has "been there, done that".

Thinking about the perils of not being able to learn from others, whether by lack of opportunity or pigheaded determination to always reinvent the wheel, triggers the memory of a clueless house painter.

The tale-teller was neighbour to this man, who was painting his roof. He laid his ladder against one wall of the house, climbed up, painted his way across the roof and then became extremely concerned. He had painted himself into a corner.

"I had to go over and move the ladder so he could get down," the storyteller recalled.

The new paint on the window frame is drying nice.

The forecast is for several days without rain.

With a bit of luck the whole job should be done within a couple of days.

Hopefully, the little the teenagers have experienced with brush in hand, combined with what they have observed of the process, will be enough to draw on when they inevitably have to tackle their own houses.

House painting is not glamorous but the patience, courage, wisdom and selflessness it requires and engenders is a priceless reward.

•The ancients knew the value of virtues — patience, endurance, wisdom, justice, mercy, courage ... "Painting a house" and "house painting" is an apt metaphor for "developing character" and "character development". Civilisation is protected and preserved by a thin veneer of virtue. Allow character to disappear and rot soon sets in. 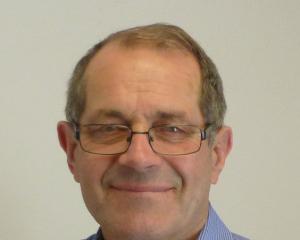