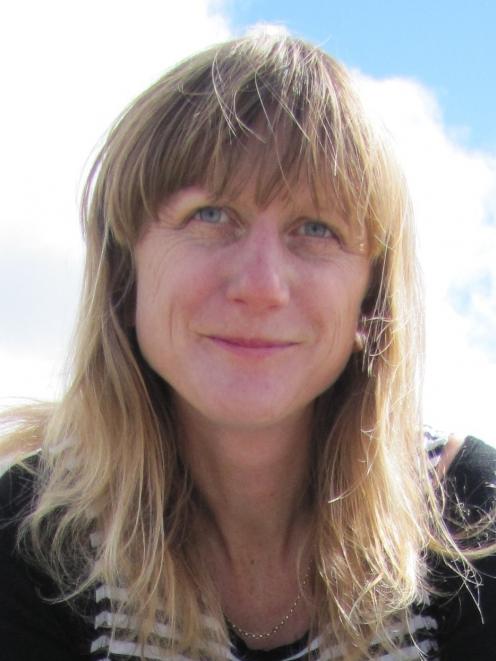 Liz Breslin
In the years I spent tefling - teaching English as a foreign language - there were plenty of memorable times, mostly arising from linguistic mix-ups or sudden moments of clarity, especially when tefling in English-speaking countries with a whole range of cultures sorted according to how well they could conjugate and idiomise.

I remember the light in the Bolivian diplomat's wife's eyes when I asked the class to match the pictures and she thought I was referring to the Inca wonders of Peru.

The halting pre-intermediate conversations with the Brazilian kid who came from the village where they made jeans to be sold in the US that his classmates then coveted back at elevated prices.

The Christmas vocabulary possibilities when making a listening exercise out of Fairytale of New York.

It's a long time since I've properly tefled, but back then the trend was for using Authentic Resources, these being not textbooks where Jane and Mary have stilted conversations but written examples that you'd actually come across in everyday life.

Cinema schedules, train timetables, newspaper articles. (Note to self: of course, it can't be the same these days. You can just google it and then hit translate, right?)

Some resources were easier to teach to than others. There was usually high class engagement when it came to filling in vital forms.

But otherwise, finding an Authentic Resource and pinning grammatical learnings to it was kind of time consuming, especially given that you had to teach classes as well, so when one of us got a good Authentic Resource going, we tended to get as much mileage out of it as we could.

One of the choicest Authentic Resource lessons I ever came across went like this: write a list of 10 charities, making sure there is a good spread - cats, kids, climate woes, cancers - and remembering to include some controversial causes.

Tell the class they have a million dollars each to donate to any or all of the charities. They can dispense of it however they see fit. A bit of reading, a bit of thinking, a bit of number work. So far so good.

Then the tricky part begins. They have to work with a partner to persuade them of the justness of their decisions and come to a decision as a pair. Then the pairs pair up. Then four becomes eight, then ... well you get the picture.

The tefling point is not to get class consensus, it is to practise persuasive vocabulary.

And I never ever had a class agree on which charities to support to what extent. And not just because they came from a whole plethora of ethnicities and geographies.

Perhaps it's just as well that way. I'd be terrified to play the game for real.

Want to have a go?

Plus, the persuasive vocabulary and marketing might of charitable organisations has reached record proportions - we'd never fit it all on a whiteboard.

And as the pendulum swings, or the spotlight of global injustice shifts, it brings so much guilt in its sway.

Listening to the news on the way to work in my warm car, looking at the relentlessly-shared images on social media, am I the only one who feels totally overwhelmed?

But racing to Calais with a bag of toothbrushes, staging a fundraiser, signing a petition ... what is it that's going to make a difference? Champion one charity? Help a little bit of all?

Does the magnitude of what the Syrians are facing mean that for once the class of 2015 could get together and agree?