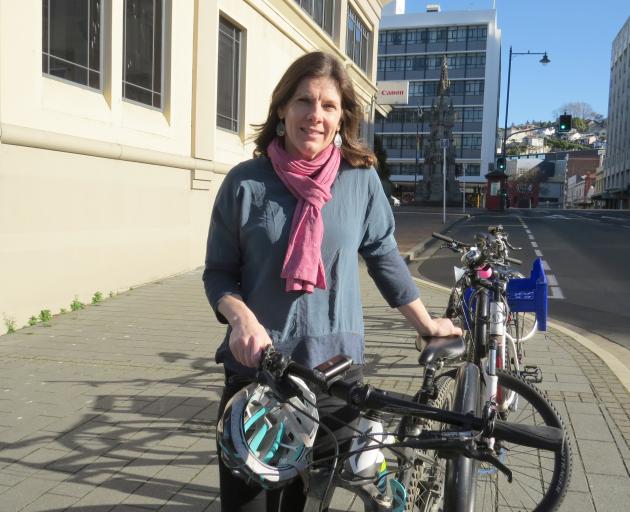 Kylie Huard is focused on making pedestrian journeys safer and more accessible. PHOTO: MAUREEN HOWARD
We know walking and cycling is good for us and the planet, but it’s not always made easy. Maureen Howard talks to those sweating the small stuff to make it a viable choice.

"This was one of the motivations for my master’s research," transport engineer and master’s student Kylie Huard says.

She is pointing to a photograph of a pedestrian treatment near Marlow Park, St Kilda, beside which her 10-year-old son, Hamish Kyle, stands.

"He was about to walk out onto the crossing thinking he had priority over the traffic."

But he wasn’t standing at an official pedestrian crossing. Had he stepped out away from the footpath there were no guarantees.

Pedestrian crossings (aka zebra crossings), recognised by their white-stripe road markings and orange lollipop signs, are an official road crossing for people on foot. Drivers must stop if they see someone waiting to cross — whether it’s a pedestrian, mobility scooter user, cyclist or skateboarder.

Increasingly, however, traffic engineers are installing other pedestrian treatments that encourage pedestrians to cross, but where the driver still has priority. Threshold treatments, for example, have speed signs to slow drivers alongside other traffic calming measures, such as a narrower section of road, plantings or other markings. Then there are courtesy crossings, which are often marked, paved and raised, and assorted bespoke crossings that mix and match road markings and surfaces. At all of these pedestrian treatments, the driver can choose to give way or not, Huard says.

Huard is passionate about providing well-connected safe pedestrian infrastructure. She’s concerned about the proliferation of different types of crossings and the confusion they create for pedestrians of all ages.

"We have these courtesy crossings and all of them are different, there’s no standard."

Last year, as part of her master’s thesis, Huard set out to explore if drivers and pedestrians understand the rules around zebra crossings and other types of pedestrian treatments, and whether the design of zebra crossings could be enhanced to improve safety. Surveying members of the Automobile Association, she found that although drivers knew what to do at zebra crossings, a lot of people didn’t know what to do at courtesy crossings. She also discovered we use about a third of the amount of white paint in our zebra-crossing white stripes that Australia and the UK do, and then create barriers to good lines of sight.

"We allow parked cars a lot closer to our zebra crossings, which impacts on the visibility if a pedestrian is waiting on the kerb," Huard says.

Feeling unsure about a local road crossing can make all the difference when it comes to allowing children to walk or cycle to school. And road crossings are one of a number of potential barriers to a complete active transport route that both feels safe, and is safe to use. 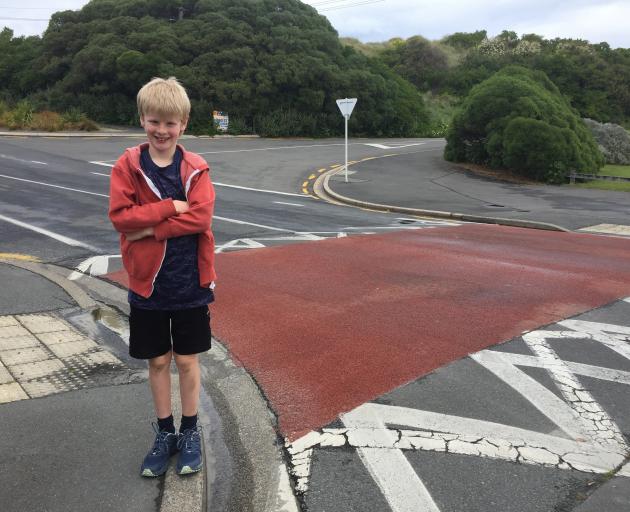 Hamish Kyle next to the St Kilda courtesy crossing that almost tripped him up. PHOTO: KYLIE HUARD
The detail is important, a point underlined by last year’s report Turning the Tide — from Cars to Active Transport, which advocated a universal active transport network in which care is taken to address any issues that might discourage active travel.

For example, the report says a continuous network for walking should ensure road crossing signal timings accommodate older or mobility unimpaired pedestrians, and zebra crossings should be raised. Likewise, a fully interconnected network of cycleways from people’s homes in the suburbs to their workplaces in the city should include the likes of high-quality bike parking at work.

Prof Erica Hinckson, of the Auckland University of Technology, contributed to the report and says she’s not anti-car, but stands for giving people more choices. Failure to provide a fully interconnected active transport network has costs attached, she says.

"Not only is it reducing our choices to be able to cycle and walk and scooter and whatever, but also there are consequences for our health. It’s very serious."

Getting the infrastructure into place is the first step. Cycleways built in Dunedin in the past several years may already be influencing how people feel about getting on their bike. Perceptions of cycle safety, at least among adults is now higher in Dunedin (56%) than the rest of the country’s main centres (42%), according to the NZTA.

With more cycleways in place, transport planners at the Dunedin City Council are busy connecting them in ways that allow people to feel safe throughout the whole journey. 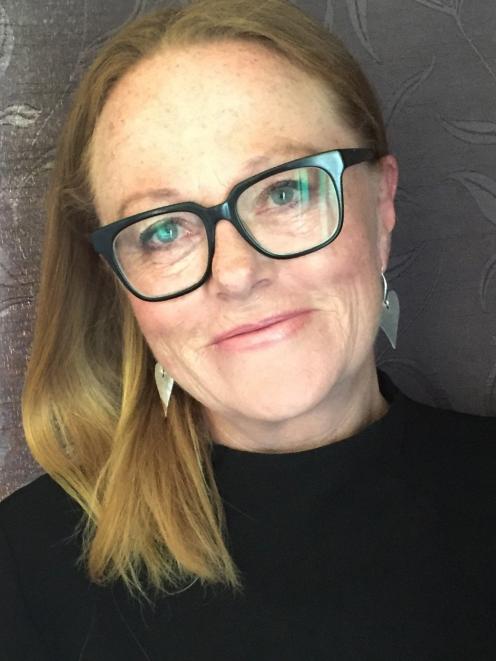 Then they have to be comfortable about making those choices, transport strategy manager Nick Sargent says.

"The barrier at the moment is that people are genuinely concerned about their safety. So if we can address that genuine concern, we can make progress to provide choice."

Through its work programme "Our Streets", the council is looking at nine busy arterial routes in and out of the city to identify improvements for all users. For pedestrians, upgrades include more crossing points, more drop kerbs for wheelchair and pushchair users and lower speed zones around schools.

People who already use these routes know where the weak points lie.

"We went out to the community and asked, what are the problems you find on these roads and we got feedback from cyclists, walkers, people going to and from school and that sort of thing," Sargent says.

"That then helps inform our project design and then once we’ve been through the design we will again go back to the community to consult on that design before we actually build it on the ground."

"Safe and easy cycling and walking" is also a priority for the central city’s transport review Shaping Future Dunedin Transport, happening on the back of the Dunedin Hospital rebuild. More than 1200 submissions or comments were received before submissions closed.

Elsewhere, the council is working to provide the option of a cycle route from

Mosgiel into the city, in part via the Chain Hills and Caversham rail tunnels. Each day, 35,000 commuters travel from south of Dunedin into the city, Benson says.

Completion of the project will depend on continued central government funding. The Funding Assistance Rate (FAR), part of NZTA’s national priority programmes, provides about half of the finance for new cycleway infrastructure that councils implement, Benson says.

Facilitating the expansion of infrastructure for cycling and walking is one of the FAR’s five programmes, the overall aim of which is to "support the Government’s transport objectives of safety, mode shift, resilience and regional economic development".

Our nation’s car journeys release 9million tonnes of carbon each year. In 2015, passenger cars were responsible for 59% of carbon emissions from the land transport sector. 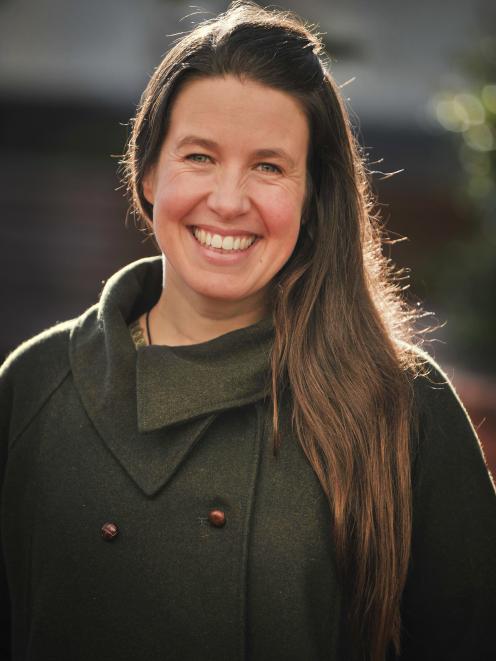 Jinty MacTavish
"One of the key bits of feedback that we’ve had from councillors is that they want to have a zero carbon lens over the upcoming 10-year plan," council principal policy adviser Jinty MacTavish says.

The council recently awarded a contract to Coffey Services (NZL) Ltd to deliver a climate change "rapid review" of its activities, plans and budgets. The Climate 2030 Rapid Review has begun a series of workshops that will be completed by next month, MacTavish says.

"We’re working across the organisation, team by team, to talk out what climate change means for our work programmes — in particular the Zero Carbon 2030 target, but more broadly than that, climate change adaptation as well."

From this, she says, the council will be able to identify initiatives it might need to progress or hasten as part of the 10-year plan delivery because they’re deemed to have a significant impact on emissions or resilience. It will also look at how it behaves as an organisation itself, "so consideration of climate-related issues is embedded in everyday processes and decisions".

Findings of the Climate 2030 Rapid Review will be presented to councillors and then to the community, she says.

Representatives of the council’s transport department will be at this year’s national biennial 2WALKandCYCLE Conference, being held for the first time in Dunedin next month. Supported by NZTA and private sector partners, the conference is organised by a committee that includes representatives of Living Streets and the Cycle Action Network.

The theme for the conference is "Walking and cycling: everybody’s business". Acknowledging the dominance of cars on our roads, the conference will "re-examine the balance between competing demands for space and resources, and ways to rebalance our transport system to better provide for walking, cycling and public transport," say the organisers.

Huard is on the organising committee and believes the topic of the conference is more relevant than ever since Covid-19 gripped the globe.

"We’re seeing cities across the world reallocating space because of social distancing and people just wanting to get out and get exercise."

She will outline her master’s thesis findings at the conference. Last November, she presented her results to the Active Modes Infrastructure Group, a group of technical staff from councils and the NZTA which reviews and develops rules and technical guidelines for walking and cycling infrastructure. As a consequence, the group is going to adopt her recommendations for the wider zebra-crossing white lines used by Australian standards, she says, and is also going to look to standardise courtesy crossings.

Huard is delighted her research findings are having an influence. Earlier in her career, she was a sustainable transport officer in Melbourne. One of her jobs was to help workplaces develop travel plans and support staff to adopt more sustainable travel choices.

"But I recognised after a few years doing that, that it’s all very well trying to promote active travel, but unless you have the infrastructure in place, you really can’t do the job justice. So that’s when I shifted to work on infrastructure."

Based in Dunedin now, Huard is active modes and complete streets practice lead (Australia/New Zealand) at Stantec, a multinational transport engineering consultancy with an office in the city. For Huard, who travels to work by bike, bus and car, it’s all about increasing options.

"My passion is to give people choice. I’m not going to tell people ‘this is how you have to get around’. If you provide feasible affordable choice, then it’s real choice."