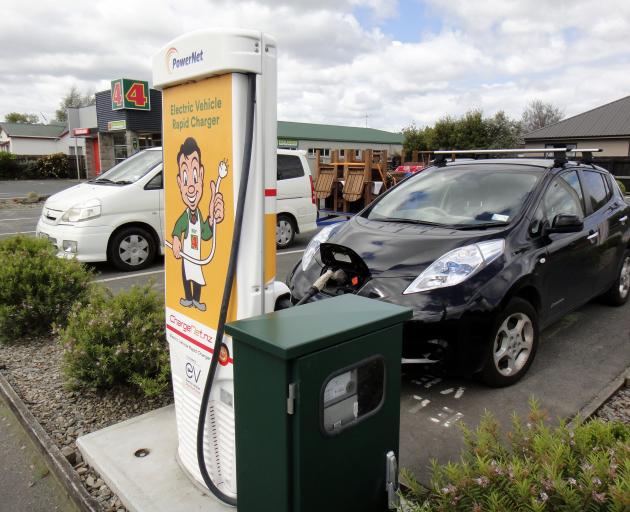 The Milton charger. It's pretty full on. Photos: Tom McKinlay
The verb to charge can describe rapid movement. But it has other meanings too, reports Tom McKinlay.

Travelling by electric car is different. Well, depending on the electric car. Tesla drivers know nothing of this — the range and performance they pay for means they motor on largely as ever.

What I’m talking about is the thousands of New Zealanders who have shelled out for the likes of a Nissan Leaf, especially those like me who have the entry-level 24kWh variety. They’re good wee cars around town, quick away from the lights and gravity-defying on the hills.

But out on the open road they teach lessons in stopping to smell the irises, as you pause — for about 25 minutes or half an hour at a time — to recharge. Here’s what that looks like between Dunedin and Wanaka.

54.3km from Dunedin, slightly further if a southerly is blowing.

Milton’s rapid EV charger is in the car park of the Four Square supermarket, right on the main street kink. It means that if you sit in the car while charging, northbound traffic on State Highway 1 appears to be coming straight for you. Which is actually less exciting than it sounds.

The first time I hooked up to the Milton rapid a couple of good ol’ boys in a passing ute suggested I "buy some petrol".

As far as I could see, there were no dents in their ute*.

The second time I charged at the Milton rapid I was pulled over by a police officer just as I was leaving the car park. I was not charged**.

It’s pretty full-on charging in Milton. But have a book handy. 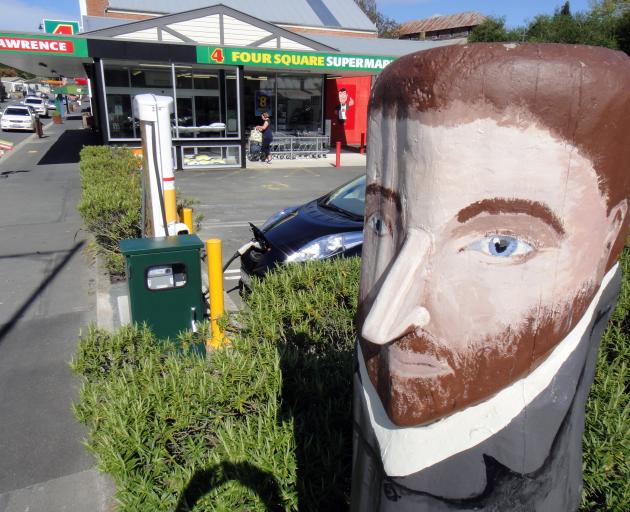 Archibald McKinlay by the Lawrence rapid.
LAWRENCE (AKA TUAPEKA)

The Lawrence rapid, in the car park of the Four Square supermarket, sits just behind a totem pole of my great-grandfather, Archibald McKinlay. The likeness is slightly unnerving.

There are similar totems to several other notable figures dotted around the town.

That includes one of Helen Munro, one of the first permanent European settlers in Tuapeka. She’s credited with discovering gold in Munro Gully. The blurb next to her pole records "... Helen knew what it was like to be lonely ...", which proves it’s not a recent phenomenon.

In the 20 or 25 minutes you have available in Lawrence you can get around most of the totems. I particularly enjoyed the one about teacher and disciplinarian John Stenhouse.

There are several coffee options near the Lawrence charger, so remember your takeaway cup.

57.9km from Lawrence, the longest leg.

The Roxburgh rapid is in the town hall car park, just off the main road, behind a tree. The second time I used it was after midnight on a warm summer’s night. The previous day’s sun radiated up through the soles of our bare feet as we wandered the empty streets. Magic.

Most recently, I charged during the day.

A very short walk from the charger is The Frost Pot, which sells coffee. But I had a honey and fig ice cream.

The rapid’s just a short walk from Roxburgh’s extraordinary public toilets. After a short informational message, it played me a jazz cover of What the World Needs Now Is Love.

There’s never a bad time for that message.

When I got back into the car, indie folkster Adrianne Lenker, of Big Thief, was singing "forgotten tongue is the language of love", which is probably true too. 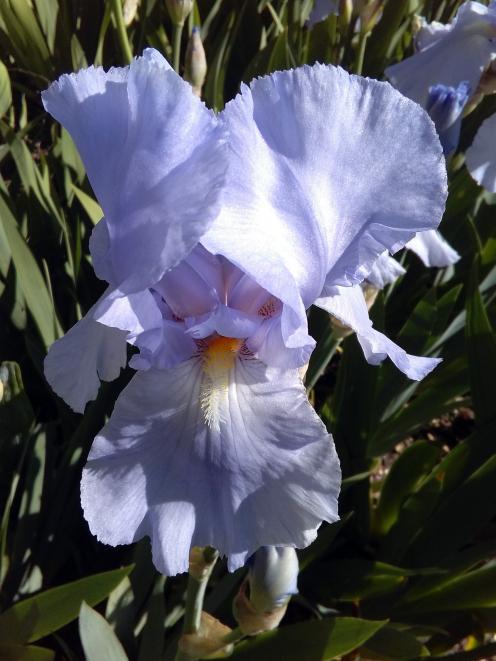 The Alexandra rapid is tucked away behind the old main street, but handily just across the road from the public toilets.

It’s a short walk to the Wiff and Glad McArthur gardens, where you’ll find a list of the irises that have won the American Dykes Memorial Medal since 1927.

Charger etiquette means getting back before your charging time is up. So others aren’t left waiting. However, stuff can happen. And if someone else is obviously finished charging it’s entirely acceptable to unplug them and plug yourself in.

That said, if you’re doing a full charge, you have plenty of time to get to the Wiff and Glad McArthur gardens and back.

30.1km from Alexandra, through the travesty of the Cromwell Gorge.

The rapid in Cromwell is near the fibreglass fruit, so easy to find.

It is close to toilets, coffee and mini-golf. I have been unable to test the theory that a round of mini-golf is possible in the time it takes a 24kWh Nissan Leaf to charge, as its opening hours haven’t coincided with my passing. 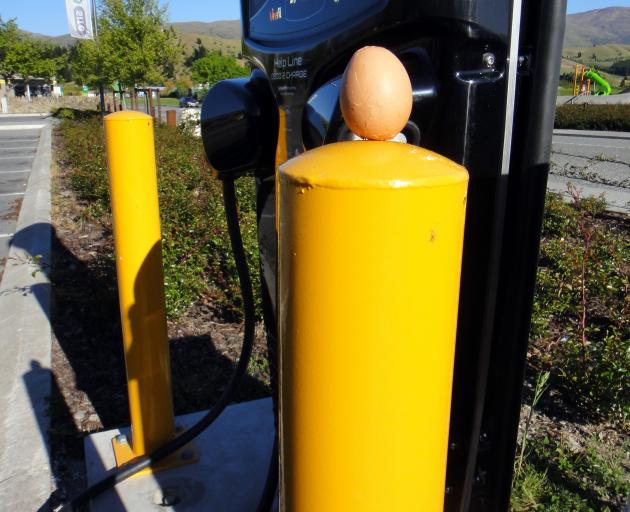 The bollards protecting the Cromwell rapid charger proved excellent for cracking a hard-boiled egg.
The last time I charged there, a man backed his trailer into the side of my car. He was driving a ute and seemed to think the whole episode pretty amusing.

"You’re only the second person I have seen charging there," he said.

What I could have said was: "Did you back into them too?". But I’ve just thought of that now.

Wanaka’s rapid is in the main street just across the road from a petrol station charging considerable sums for stuff that’s heating the planet.

It has been some hours since you left Dunedin, but it’s been fun.

•There are other operators of 50kW EV rapid chargers in New Zealand, but between Dunedin and Wanaka they are all run by ChargeNet, which has the country’s biggest network.

•They are operated by RFID fobs (radio frequency identification tags), that are linked to your ChargeNet account.

•Charging generally costs 25 cents a kWh, plus 25 cents a minute. Because charging the last 5% of a battery takes longer — so would be more expensive — the chargers only charge to 95%.

•The ChargeNet chargers have two plug types, CHAdeMO,  which does the likes of the Nissan Leaf, and Type 2 CCS,  which tends to be used by European EVs. Tesla owners need a CHAdeMO adapter. No, I don’t know why they all need to have different plugs.

•Electricity for ChargeNet’s chargers is supplied by Ecotricity, which is certified renewable. Some of it could be from your neighbour’s solar panels. And, yes, you can charge in the rain.