A whitebaiter checks a net on the Clutha Mata-au. PHOTO: PETER MCINTOSH
A new approach to the country’s waterways may finally restore their mana, writes Tom McKinlay.

An eel glides down from a mountain stream headed for the ocean — ki uta, ki tai — its lithe form tracing the curves of the waterway. Perhaps it is setting out on one of its species’ epic spawning runs.

The image is from the cover page of the recent Action for Healthy Waterways report, Nga Mahi mo te Whakaora Wai. Below it, the printed words "Te Mana o te Wai" appear to support the eel’s journey while drawing together the elements of the illustration; the waterway itself, and the life it supports.

The report is the Government’s latest attempt to turn around the declining state of the nation’s freshwater. It outlines the thinking behind a new National Policy Statement (NPS), in force from later this year, that will attempt to address the related ills of deteriorating water quality, over-allocation and loss of habitat.

In doing so it has turned to te ao Maori for guidance.

At the heart of that process is the concept of "te mana o te wai", the mana of the water, which was already an important principle in the 2014 National Policy Statement but has now been moved centre stage. 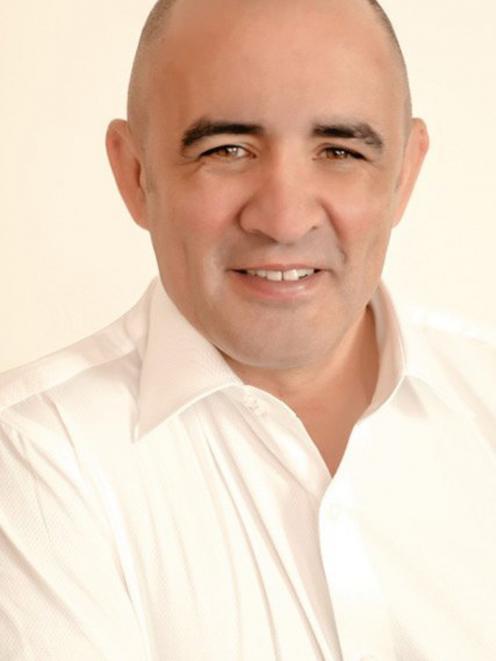 Riki Ellison
South Otago-bred resource management consultant Riki Ellison has been closely involved in developing the approach as a member of Kahui Wai Maori — the group set up by Environment Minister David Parker to bring Maori expertise to bear on the 2020 NPS — and also with the Freshwater Leaders Group.

Ellison, who has connections to both Otakou and Kati Huirapa Runaka ki Puketeraki, says what’s required is a complete system change, a shift away from the first in, first served approach of the Resource Management Act, which has served both communities and environment poorly.

"What Kahui and the Freshwater Leaders Group has been trying to push is the concept of te mana o te wai, that the resource needs to be protected in the first instance," Ellison, who has worked extensively on water issues around the country with various iwi, central and local government, says.

"We need to be thinking about what’s sustainable first."

Once that is done, we can have a conversation as a community about how much can be used, by whom and what it can be used for.

So in their report to the Minister, Kahui Wai Maori set out three obligations when it comes to freshwater, starting with the water itself.

"The first [obligation] is to the water, to protect its health and its mauri," their report says. Once that is done, the second obligation is providing for essential human health needs, such as drinking water. Only once these two priorities are met does the third and final obligation, "other consumption", come into play, but only if it "does not impact the mauri of freshwater".

Local authorities will need to give effect to te mana o te wai in their plans by taking action to protect mahinga kai, food resources linked to freshwater.

Under the new regime, mahinga kai will sit alongside threatened species, ecosystem health and human health for recreation as compulsory values in the new 2020 NPS.

"Including mahinga kai as an attribute under the national objectives framework is really adding some teeth," Ellison says.

Councils will have to ensure both water quality and quantity are sufficient to support mahinga kai — tuna (eels) or inaka (whitebait), for example.

While the approach has come from Maori, Ellison sees it as something the wider community has been calling for, the ability for children to swim in a river and be able to eat food from it.

"If you can eat the food out of there, then the water quality should be meeting all sorts of other things as well. The quality of that water should be good for all sorts of reasons. Mahinga kai was an overarching concept, if you like, that provided for that."

A further benefit of adding mahinga kai as a value or objective is that local authorities will have to engage with iwi and hapu to work out what that means in their takiwa, or area.

There are particular places Ellison thinks of in connection with these issues.

"For me, the Taieri, local Otago waterways obviously, that’s where I am from and grew up with them. So they are critical for me. But I don’t think that makes them any more important than anywhere else.

"All people, I think, have places that are important to them. Certainly for me it’s the Taieri, the Waitaki, the Mata-au, the Clutha River. That’s where I grew up. I have a very strong affiliation with those places. And you can see the changes even in my lifetime. Being able to give my kids the opportunity to do the things I did is quite critical. That’s really important but I have seen the same wherever else I have worked in the country — everyone else has the same interests."

The central place of te mana o te wai is another example of matauranga Maori, or traditional Maori knowledge, being looked to for solutions to pressing contemporary issues.

The recent review of the Resource Management Act, led by retired Court of Appeal judge Tony Randerson, promotes the concept of te mana o te taiao — "which refers to the importance of maintaining the health of our natural resources, such as air, water and soil, and their capacity to sustain life".

And this month’s National Climate Change Risk Assessment noted that "matauranga Maori provides a framework for an integrated, holistic approach to understanding the impacts of climate change".

It has a "regenerative philosophy", it says.

Ellison says Maori are called to be keepers of the natural world as a function of whakapapa.

"From Ranginui down, and water is one of those things we are connected to by whakapapa, everything is connected. That changes the way you view things. You treat your family with respect, you should treat resources — land and water — with respect as well," he says.

"That flips it around a bit. I don’t think this is exclusive to Maori. That’s the Maori world view but I think a lot of people share that connection. We talk about turangawaewae being a place to stand, and for me that’s Otakou and Puketeraki here, but for a lot of people it’s just somewhere you feel comfortable or connected to."

The Maori world view is an ecosystems view, Ellison says. Its connectedness is an interpretation of the natural world, acknowledging that if you pull a lever in one place, it will have an effect somewhere else.

"There is more and more recognition of that and matauranga Maori, or traditional Maori knowledge, has a lot to teach us and if you can take the best of that system and the best of the Western science system, if you like, the cross pollination or collaboration between those things is really powerful."