Light on the water 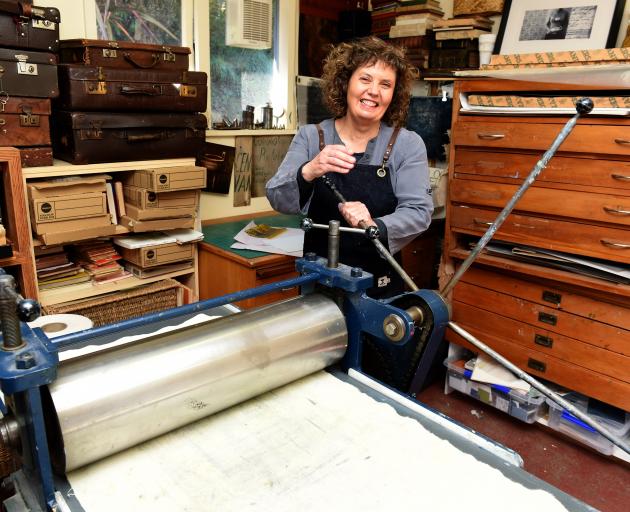 "Often it feels to me like the harbour is pregnant, the water level is full to bursting," says artist Lynn Taylor of the Otago Harbour she sees from her Portobello studio.

After 25 years in the Otago Peninsula community, Taylor has recently noticed that the high and spring tides "licking over the lower road in more places has increased dramatically".

Taylor is a printmaker, artist-researcher, facilitator and social artist with a lifelong love of the sea and all things nautical.

Growing up in Milton, she has happy memories of the family crib at Toko Mouth, where the Tokomairaro River merges with the Pacific Ocean. Her fascination with water has saturated her artwork since she began art seriously at the Dunedin School of Art in 1995.

Taylor works across different mediums that include board, paper, textiles and metal, sometimes combined into one piece. As a tactile person, she "likes people to be able to touch the work rather than the traditional thing of having things behind a frame."

Although her printwork may eventually find itself behind a pane of glass, other pieces, such as the books she creates, allow a tactile experience where "people can bring it in close to the body and look through it in an intimate way".

Fascinated by historical as well as nautical themes, Taylor has created an artist's book about Daniel Solander, a Swedish botanist who came out with Joseph Banks to record the plants of New Zealand during Captain Cook's first voyage to New Zealand. Her work will join other pieces for the group exhibition "Paradise Lost", at the Solander Gallery in Wellington.

In fact, the Dunedin Botanic Garden has its own Solander Trail, says Taylor, where some of the first plant species of New Zealand identified by Europeans are grown, including critically rare (in the wild) kaka beak. 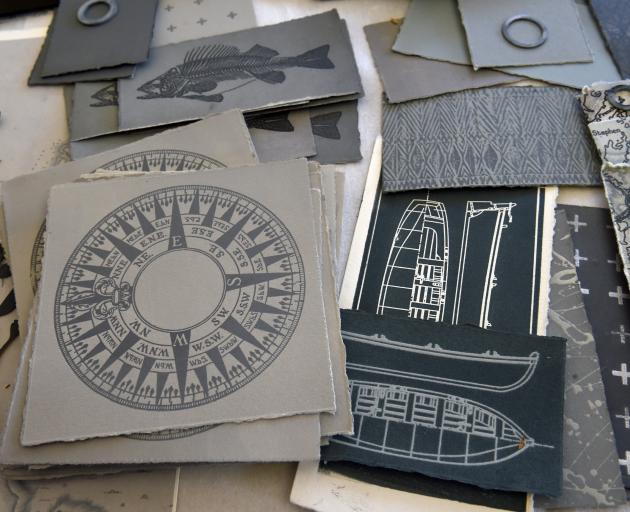 She has completed projects that include the management of invasive predators, the effects of ocean acidification on phytoplankton, and the historical impacts of gold mining on rivers.

Some of her work is interactive and invites people to "pop in to try out printmaking and chat about their views on conservation".

Many of these social art projects have been carried out in collaboration with Dr Jenny Rock, of the Centre for Science Communication at the University of Otago, under the name The Sandpit Collective.

"Inviting people to engage and participate can be seen to be like playing in a sandpit," she says.

In this context, Taylor sees her purpose being "to listen to what they know and then direct them to the science involved".

"I thought `I can't go into places doing something about environmental art if I'm bringing toxic materials in'."

Reducing or eliminating the need for inks, she invented a new technique that "draws with light".

Focusing a beam of light through lenses and mirrors, she is able to cut and engrave into the surface of paper.

"It requires a close eye to create the delicate result wanted and prevent burning."

She used this technique on her "Paradise Lost" works, as well as using non-toxic gelatine for her plates and natural dyes using plants taken "with permission" from the Solander Trail.

Many of her experiments have been successful, but it requires discipline.

"You might not initially get the look you want with the alternative approach, and the chemical way is often faster and easier."

Long before Taylor was experimenting with more environmentally benign techniques, the practicalities of being an artist on a tight budget had made her more mindful.

"Because you are not on a high income, you are naturally thinking about reusing materials or resources."

Materials that Taylor salvages from businesses include ink at the end of a commercial print run, leftovers of thermodrape curtain lining for painting and screenprinting, and paint mis-tints from hardware stores.

Adding to the bounty from Dunedin companies, Taylor welcomes materials from friends and acquaintances. Making these connections with others "makes your practice feel worthwhile". One person even made and gave her a small 3-D printing press, she says.

It's a way of working that, like more benign printmaking, has its own challenges.

"If I am making pages for a book I might be re-using them [pages] by painting over it but it all takes time. That's the other factor about reusing things, it takes a lot of time and these things aren't yet really valued."

As a trained art teacher, Taylor is passionate about sharing new techniques of sustainable printmaking with colleagues and students.

"That is part of the mission and it is a pleasure to see people incorporate new ways of working into their projects."

In March, Taylor went to Port Union in Newfoundland on a residency funded by the Craft Council of Newfoundland and Labrador. Like New Zealand, Newfoundland is an island community.

The oceans are already 1.5degC warmer than the long-run average.

Taylor relished her time there and plans to return with her husband, Chris Fersterer, an architectural designer, to be part of the Craft at the Edge gathering of people in October 2020. They want to help the community interpret images they have created about their concerns about sea, land and environment into a variety of outomes that could include building from a flat pack, a collective work, a cube or a simple book.

"Our focus will be on making craft careers more sustainable by modernising the traditional," Taylor says, while "allowing them to communicate more readily what is of importance to them."

•There will be an exhibition at the Solander Gallery in 2020 on themes around Taylor’s trip to Newfoundland.

•The exhibition ‘‘Paradise Lost’’ will visit Dunedin in 2020.

•Taylor’s printwork is regularly on display at Gallery de Novo in Dunedin.