Nowhere to run to 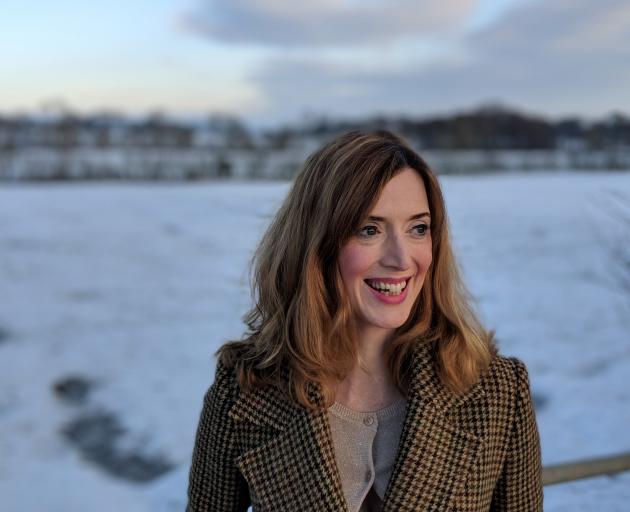 Author Naomi Booth’s novel Sealed addresses the impossibility of outrunning our impacts on the environment.
When the poisons we spill into the environment accumulate in ourselves to critical levels, what then will be the body’s response? A British novelist has sketched one terrifying possibility. Tom McKinlay asks her what she was thinking.

The world is closing in, in Naomi Booth's novel Sealed.

As anxiety about a dreadful new affliction spreads, the last rampart, denial, is looking evermore flimsy.

The questions for Booth's protagonists, Alice and Peter, are the same as those faced by contemporary readers everywhere: can they admit the challenge, will they then take the actions they need to?

Alice and Pete have escaped the city for the countryside: Alice fleeing rumours of a skin-sealing epidemic - skin growing across eyes, ears and mouths to mortal effect; Pete in denial about everything and all.

But almost as soon as they arrive at the Australian outback cottage they chose online, the same fears and misgivings that stalked Alice in the city, present themselves again.

Unless, of course, it's all just in Alice's head; anxiety its own calamity.

Booth, speaking from York, in the UK, where she writes and teaches, says the idea for her novel, which has attracted widespread critical acclaim, followed a period when she was reading about climate change and environmental contamination.

She then heard Australian writer Rebecca Giggs give a talk, in which she addressed the misconception that we are separate from these phenomena.

"The thing that is so important to get across to people is that it is not as though environmental contamination is somewhere out there, it is not over there, it is not out there in the world, it is in our bodies,'' Booth says of her take-away from Giggs' talk.

Our body, our skin is porous. We may live with the happy delusion that we are sealed off from the world, the things in the air, water and land around us, but if it is there, it is also in us.

"That idea really stayed with me,'' Booth says.

Alice, the central character, is pregnant with her first child. This fact is also central to the drama and Booth again credits another with focusing her thinking around childbirth in the age of ecological collapse.

A book by Eula Biss on immunity was influential here, Booth says, as it described the way in which pregnancy tends to heighten anxieties about the environment; all of a sudden women are warned off everyday toxins, such as hair dye, told to steer clear of certain foods.

"I think these two things probably really fed into writing the book: thinking about what would happen if contamination found itself in the body in spectacular and immediate ways and how that might be heightened if you were also pregnant.''

There was also a dream, Booth says, aware this might sound a little cliched.

"I did wake up having had these really unpleasant images of bodies morphing and skin beginning to grow across people's orifices,'' she says with a chuckle. 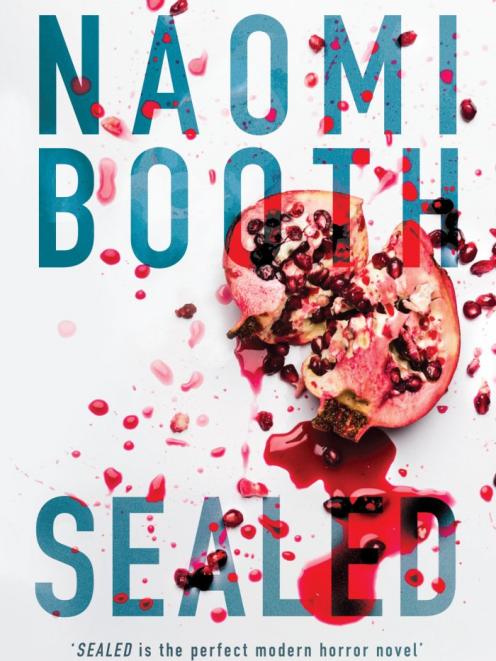 Alice's concerns stand in for the climate anxiety beginning to pervade communities everywhere, if in many cases still a background noise existing just beyond conscious awareness, as people get about their business.

Most of us are not climate change deniers, Booth says, but continue with daily lives that do not incorporate the sorts of changes necessary.

"I think it is a massive act of cultural repression and you start to think, `who is the one who is having the aberrant reaction here?'. Is it the person who allows themselves to be anxious about this all the time or is it the person who pretends everything will be all right if we just don't really look at it, or don't really think about it?''

Booth, Yorkshire born and raised, decided to set her story in Australia, thinking the customary grey and damp of her home county could not possibly fit the bill.

"And then, of course, the summer after the novel was published we had the first really serious wild fires across the moors near Manchester, which burned for weeks and weeks.''

The smell of the fires hung in the air around her parents home in the rural Pennines, casting a pall of unease.

There are layers upon layers of meaning and metaphor in Booth's novel, much it looming just out of sight of the narrative, like the smoke from the distant fire.

Booth herself says some of the contemporary resonances of her tale revealed themselves only as she wrote.

The story addresses notions of isolation. Alice is alone for much of the time in her acute concern about the possibility of a spreading scourge. But both that isolation and the couple's decision to move to the outback can also be read in the context of the new isolationism that is accompanying this century's reborn nationalism.

Booth, in England, is watching that play out around her from a ringside seat.

"The resonances of it, more of those implications revealed themselves as I continued writing,'' she says.

"So for me, it was initially about a response to the environment, it then became about the idea of deep isolation and what it would be to be cut off in a kind of aberrant attempt by the body to be protected - so protection would actually become a source of danger itself. But for me this is also all about isolationist politics as well, the idea of attempting to seal yourself off from the world, which just seems to be happening here in a horrible macrocosm in British politics right now.''

A state trying to isolate itself from the world is deeply morbid and deadly, Booth says.

"The sealing in becomes for me, hopefully, a rich metaphor about attempts to protect or isolate oneself that are essentially doomed.''

Beyond these huge globe-spanning ideas, Booth also wanted to elevate pregnancy as a cultural phenomenon.

"Pregnancy has always been a very complex condition,'' she says, "has probably always been a condition that creates a really high level of ambivalence for a lot of women, who are at once excited and terrified. Pregnancy has been a terrible, terrible problem through most of history, for a lot of women, and potentially lethal. I think a lot of these things are euphemised and not really dealt with in our culture properly. Maternal ambivalence, I suppose, is what I would like to call it.''

It is a philosophically fascinating condition that we tend to think about in either a very medical or conventional or received way, Booth says. As a result, we don't do it justice.

And now there are new considerations, for a new generation of mothers, related to climate change.

"First of all, that idea of bringing a child into the world that is likely to experience the brunt of the climate crisis, and secondly the idea of having additional children putting extra pressure on the environment.''

Booth says climate change is likely to remain a presence in her work.

But environmental concern plays a more shadowy role in her next novel, now under construction.

It is a "Brexit murder story'', involving characters who have so repressed their anxieties about what might be happening in the world, that they are driven to do terrible things. The repression and denial means they have lost any sense of what is morally important.

Earlier in our conversation, Booth was musing on the role of story-telling in the time of climate change.

"I think it is especially important if writing is to make any difference in this sort of situation, it has to be through telling the stories that we are not hearing in the mainstream,'' she said.

That might well be as true for Brexit and the new nationalism as it is for ecological collapse.