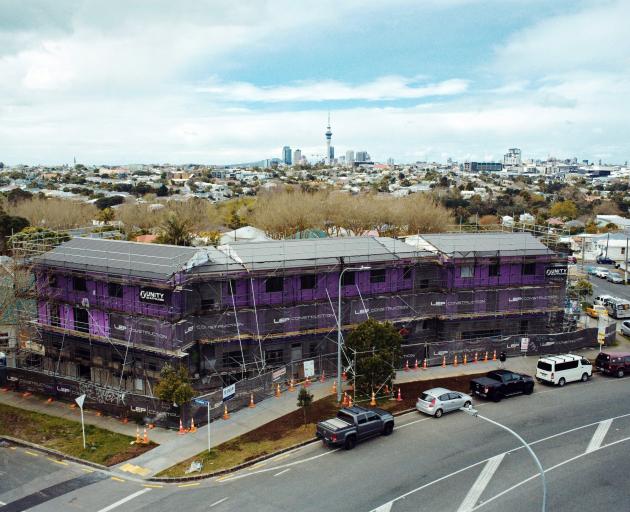 Car parks were a waste of space, as far as the folks behind an Auckland shared-housing development were concerned.

It wasn’t just a philosophical position. It was practical too, says David Welch, a director of the Surrey St, Auckland Cohaus initiative, an apartment-style community-based development going up in the inner city suburb of Grey Lynn, consisting of 20 units of various sizes.

"Part of it was that we didn’t want to use up much space with parking," Welch, a senior lecturer at the University of Auckland, says.

Another part was simply the cost, in red-hot central Auckland.

"We were looking at basically having to spend $100,000 per car park — the land cost and the lost opportunity to build a house on it."

So the Cohaus folk battled the planning regulations and won through in the end, agreeing to provide half the usual parking spaces: "We ended up with just one per two units."

But that’s not the end of this efficiency story, because the Cohaus community is committed to minimising resource use.

As part of that, they recently received $5000 from the Low Emission Vehicles Contestable Fund, an EECA funding pool that backs carbon-cutting transport initiatives. 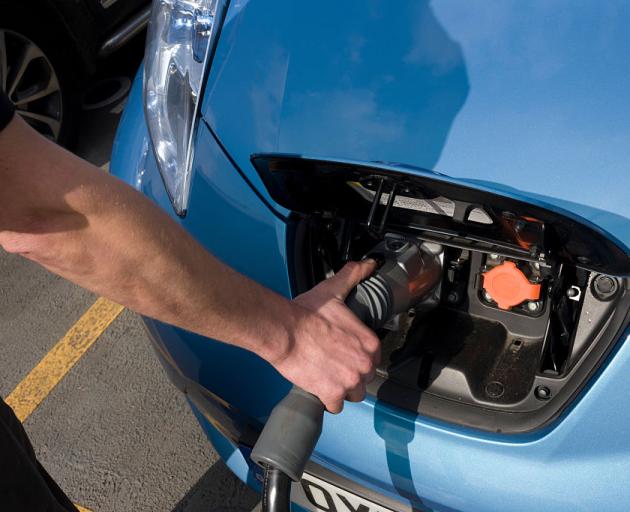 They’ll sit one on top of the other in a mechanical car stacker, a 32-amp car charger next to each.

There will be six shared cars for the community all told, the other four probably plug-in hybrids and also on stackers.

"Eventually we will go all electric, but to start with we will probably just go with a couple of electric cars."

In settling on the detail of the car-sharing scheme, the community completed a transport plan and did a transport survey, to gauge when demand for cars would be highest.

It involved significant emphasis on other transport options, public and active.

"When you think about it, most people’s cars sit around unused most of the time. Once you take out the need for commuting to work, because we are a fairly central location, it mainly comes down to people needing the odd car after work or in the weekend," Welch explains.

"My family has two cargo bikes at the moment actually, and they are a real car replacement," he says. "We don’t have a car ourselves, just use an electric cargo bike to get the kids around and do our shopping."

The units will accommodate about 50 people when completed early next year and the community’s main bike store will provide space for about that many bikes, including eight cargo bikes.

Beyond saving space and reducing pollution, the car-share scheme will also address the embodied carbon of cars, Welch says.

"A large part of the carbon footprint of a car over its lifetime is actually in its manufacture, so if two families share one car, that takes a lot of carbon away in the first place."

Welch says the apartment-style blocks that make up the largest part of the development sit around a shared garden to provide what Welch describes as "the best of both worlds".

"The houses are smaller than your typical house, they are decent sized apartments, but for a family of four they are kind of small, and there’s a shared laundry, there’s a spare bedroom that different people can use, so people who are in smaller houses without a spare bed can still have friends to stay. Stuff like that. And we have tried to build a well-performing building, so energy use should be minimised."

"We haven’t figured it out yet but we hope that at some point the cars will play a role in the energy system of the buildings by using their batteries as storage."

Welch says the lessons learned in setting up their car-share scheme could be applied to any neighbourhood community.

"When you look at the cost you realise how expensive cars are. It has been interesting because there are quite a few people in the group who have cars and are looking at getting rid of them. They see the costs of the car-share scheme and they think, but I am not paying nearly that much. Then they go through what they are actually paying and are really surprised, actually — thousands of dollars just having a car sitting there."