Something in the air

A cold windless winter day on the Taieri results in a layer of smog. Photo: Christine O'Connor
Our air needs to be valued for its potential to contribute to good health, air pollution scientist Gary Fuller tells Tom McKinlay.

"The air is really strange where we are today," says air pollution scientist Gary Fuller on the phone from London.

That's due in part to the usual mix of smog, smoke and particulates that occupy much of the King's College London researcher's waking life.

But on this occasion, they are not the headline feature. Rather, it's the temperature.

Because in parts of the UK, in late winter, the mercury has crept up over 20degC on the day that we talk, hitting a record high.

Paris, he says, is just 300km from London, and the heavily populated Ruhr not much further.

And on a warm winter day, the smog and smoke and particulates from those centres can waft the short distance to Blighty and make the air "really strange".

"When the wind slows down and gets some sunshine on it, and just gently drifts around this area, pollution just builds up day after day."

Not surprisingly, that does mean Dr Fuller thinks very hard before filling his lungs of a morning. 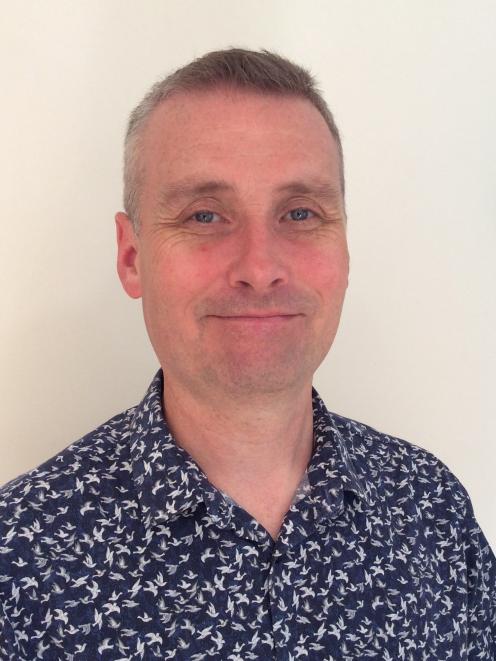 Dr Gary Fuller
Such is the lot of an air pollution scientist.

But everyone should be more savvy about air pollution, Dr Fuller says. Firstly, we should think about ways to minimise our own exposure and that of our children. And secondly, we should try not to be part of the problem, by trying not to pollute.

Most recently, Dr Fuller's efforts to encourage a more savvy citizenry have included a new book: The Invisible Killer: The Rising Global Threat of Air Pollution - and How We Can Fight Back.

It's a long title and tells a long story of efforts by scientists to understand what precisely is in the air we breathe and what it is doing to us.

As the title suggests, some of what it's doing to us is not so good. Particulate pollution is estimated to have caused 7.6% of deaths globally in 2015: that's about 4million people. That's not so surprising when you consider that in 2016 95% of humanity breathed air that did not meet WHO guidelines. Since the turn of the century, the air's only been getting worse.

Much of the focus in Dr Fuller's book is on the northern hemisphere and its megacities, LA, London, Beijing, Dehli. But we here in New Zealand should not be feeling smug, some of those early deaths would have been right here, he says.

"Your Ministry for the Environment published a report last October and it contained some data about the health impact of particle pollution in New Zealand. If you jiggle these numbers around a little bit, because they don't actually say it explicitly, but if you do some calculations based on New Zealand's population, you end up projecting that air pollution in New Zealand is leading to about 1300 early deaths per year."

The Invisible Killer ticks off some of the familiar bogeymen of pollution; the likes of coal and diesel. It tells the almost criminal tale of why we burned lead in our petrol for so many years, and explains the cosy alliance between the oil and car industries that led to Europe's love affair with diesel cars and, ultimately, the Volkswagen emissions scandal.

But it also delves more deeply into the science of what's happening when chemicals released following combustion hit the air.

For example, in the northern hemisphere, ground-level ozone is an important air pollutant. But it doesn't for the most part emanate from exhaust pipes or chimneys, rather, it forms in the air when emissions interact with light.

"These chemical reactions happen over the course of, sometimes, a few hours but more often over a day or so," Dr Fuller explains.

Other chemical reactions in our air are less well understood, especially in relation to wood burning.

Most of the work going on there is by researchers in Switzerland and Finland, who capture wood smoke in chambers and subject it to the likes of ultraviolet light.

"What they find is that a lot more particle pollution is produced by those chemical reactions than actually was emitted from the fire in the first place," Dr Fuller says. "So that's certainly a concern."

Household wood burning contributed about 2.85million deaths worldwide in 2015, according to the best estimates available.

And the South Island of New Zealand, where Dr Fuller has spent some time, has some home-fire hot spots.

New Zealanders' attitudes to home heating are probably very similar to those of the average Brit, Dr Fuller says.

An open fire here, as in Britain, remained the very definition of a cosy home decades after other countries had moved on to more efficient wood burners. This despite the fact that the households were probably only warming one room.

And to this day, a smoky chimney is shorthand for a warm welcome,

just as an active smoke stack can be a sign of a healthy economy.

What's required is greater awareness, Dr Fuller says. The 1300 people who die early in New Zealand don't turn up in the streets covered in spots. It's an invisible killer.

"If we could get a politican who could actually seize this, they could make a tremendous difference."

"Reducing exposure actually showed up in cardiac admissions to hospital in loads of places. And what it told us is the air pollution we were experiencing from indoor smoking was even more harmful than we anticipated. So it is just possible that if we take steps to clean up our air the benefits that accrue could be even greater than we think."

A study in the United Kingdom looking at children's lungs showed that where the air was cleaner, lungs were larger. The implications of that might not be profound for the children, Dr Fuller says, but those same people might well live longer if during their later years they have a little more lung capacity.

Similarly, very small nano-particles in the air, that are little monitored in New Zealand, appear to have a significant impact in heart disease. Aircraft are an important source of these.

So home heating, shipping, airlines, diesel vehicles and the myriad other sources of pollution are all in Dr Fuller's sights.

But he says research indicates the economic cost of addressing all these areas would be more than offset by savings on health costs and avoiding early deaths.

It doesn't make it easy. In New Zealand, where much of the housing is poor, people need to heat to keep their families warm, and telling them to replace a woodburner with a heatpump is difficult.

"That's where we need ways to make that a rational and obvious choice for people to make. It needs to just be a logical choice and just the obvious economic choice to do something that is low polluting. People shouldn't be able to gain, if you like, or profit from shipping the harm that they do on to someone else," he says.

"Government has to do something to make that work. Because ultimately, you could argue, government or the public good would benefit from fewer kids coming into hospital or people living longer and healthier lives."

The Invisible Killer: The Rising Global Threat of Air Pollution - and How We Can Fight Back, by Gary Fuller, is out now.