The Taranaki community has co-created a road map, a vision for what the province will be like in a low-emissions world by 2050. Photo: Getty Images
Justine Gilliland, architect of the world’s first community-wide, local government initiative to develop a low-carbon transition plan, talks to Bruce Munro about the challenges the country faces trying to follow Taranaki’s lead.

The view from outside is that Taranaki is an unlikely birthplace for New Zealand's shift from dependence on fossil fuels to a low-carbon economy.

This west coast, North Island, 7258 sq km chunk of fertile land that has snow-topped Mt Taranaki at its physical and spiritual heart, has, for a decade, had the highest GDP per capita of any region in New Zealand. Much of that came from dairy farming and hydrocarbon exploration - the search for, extraction, production and export of oil and gas.

Many would have expected those with less skin in the game would have been the logical "early adopters". 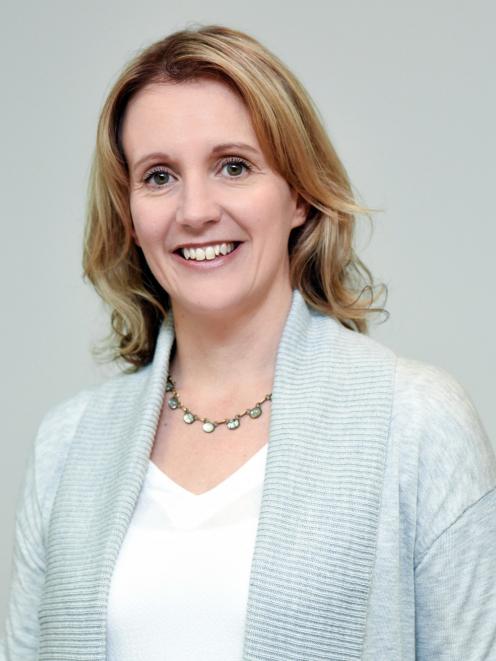 Venture Taranaki chief executive Justine Gilliland says ensuring all voices are heard is key when transitioning to a low-carbon future. Photo: Supplied
But that does not take into account the inertia-breaking power of crisis.

Nor, says Justine Gilliland, does it do justice to the people of Taranaki.

"Transitioning is a hard journey," Gilliland, the chief executive of Venture Taranaki, says.

"It's not actually about Taranaki, the fossil-fuel heartland, or whatever.

"Transitioning is going to be a really hard journey for New Zealand, and the world."

It was the Government's April 2018 announcement of an end to new off-shore oil exploration permits that kick-started Taranaki down the transition road.

"Following the decision about oil and gas exploration, as a region there was obviously a bit of human, natural reaction to that," Gilliland says.

But then, the people of Taranaki started considering how they were going to respond. There was a clear choice, Gilliland says, between being reactive or proactive, being a victim or taking charge.

"So that's when we started working on the road map.

"I came up with the idea; let's do a road map and let's co-create it with the community.

"This was about Taranaki getting on the front foot and saying, right, we have a vision for what we are going to be like in a low-emissions world by 2050, and this is what that vision is.

"That's what our road map sets out."

They ran almost 30 workshops. Twenty one were topic-specific. Five were general, held in the evening so workers could attend.

"Anyone could come along. We had a wide range of people, from CEs of companies right through to community organisations and interested individuals." 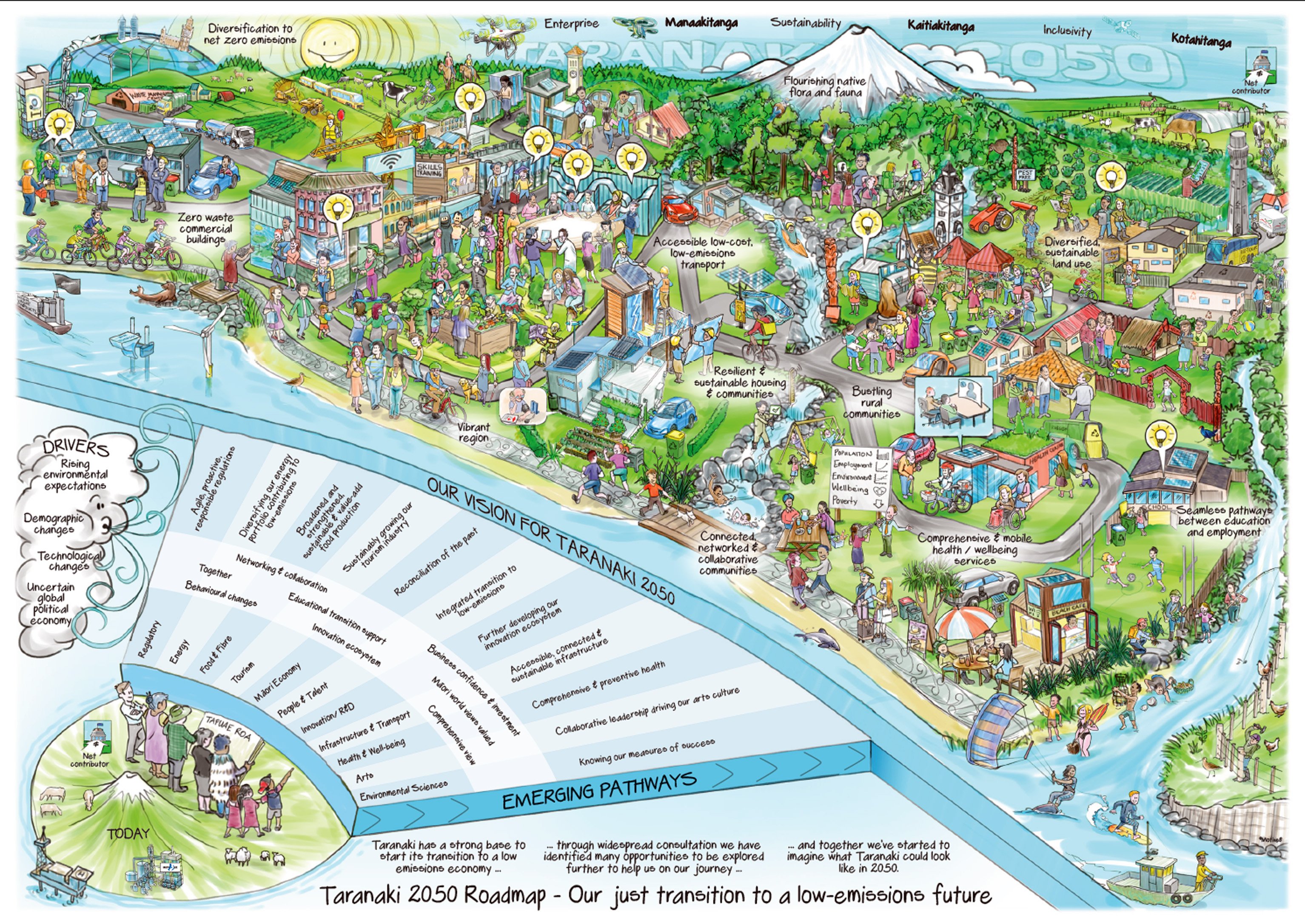 The picture the Taranaki community created for its future.
They also ran a day-long workshop with 11 of the region's 13 high schools. For children, there was a creative competition that garnered 180 entries. There was also an online survey, a street survey and events surveys.

"So, a really, really wide range of people contributing to the development of the draft."

In May, the Just Transitions national summit was held in Taranaki. A partnership between the Government and the New Plymouth District Council, the summit was intended to take the flame that had been lit in the region and use it to ignite a nationwide conversation about transitioning to a low-carbon economy.

The draft of what is called Taranaki 2050 was released at the summit.

Then a final round of consultation was held.

A further 43 workshops were organised, in addition to an online interactive version of the 2050 road map.

"The feedback was largely reinforcing what was in the draft," Gilliland says.

"Which is what you'd hope given we'd gone through such a comprehensive process to develop it. There were a few tweaks but the fundamentals remained."

The final version of Taranaki 2050 was released last month.

"We started with a completely blank sheet of paper, engaged thousands of people with that and ended up with a view and a road map that everybody in the region has signed up to.

One of the main reasons for opting to render the final road map as an illustration was to continue the high level of community engagement.

"You get much greater engagement when you present something as a picture. It's far easier for people to engage with it and have a conversation about it."

Gilliland is proud of Taranaki's achievement; producing what the Ministry of Business, Innovation and Employment (MBIE) believes is the world's first community-wide, local government initiative to develop a low-carbon transition plan.

She is keen to pass on what they have achieved and what they learned on the way.

In a few weeks, she will be speaking at One Summit, in the Lakes District with the aim of educating about, and inspiring, the low-carbon transition.

Her address is titled Who is steering the boat: The evolution of democracy in the 21st century.

New Zealanders are fortunate to live in a sophisticated, mature democracy, where it is the people who steer the boat, she says.

Democracy must change to ensure that is enhanced and flourishes, she adds.

"How can we ensure the voices of those who are disadvantaged or don't feel they can participate as much - that's the big evolution that is taking place - how can we make sure they are involved and heard?

"That's where the approach we took - the co-creation process - is really powerful.

"It is about every single voice being heard.

"It is also about any single voice not having more power, more say, than another voice."

Gilliland says they did not get everything right. But, what they did do well was "making everything open to anybody who wanted to participate".

Trade unions, for example, worked closely with MBIE to run capacity-building courses that helped their members participate in the forums.

If other regions want to do something similar, Gilliland says "we're very happy to share how we've done it".

The co-creation process is powerful but not suited to those who want to control the outcome, she warns.

"You really have to commit to it and be OK with the discomfort it causes some people.

"You have to be OK as a region that this isn't going to be controlled by a small group of people; it's going to be what the whole community, including business, says at the end of the day."

Justine Gilliland is speaking to the topic Who is steering the boat: The evolution of democracy in the 21st century, as part of One Summit, in Wanaka and Queenstown, on November 2 and 3 respectively. For more information visit www.onenewzealand.co.nz/one-summit