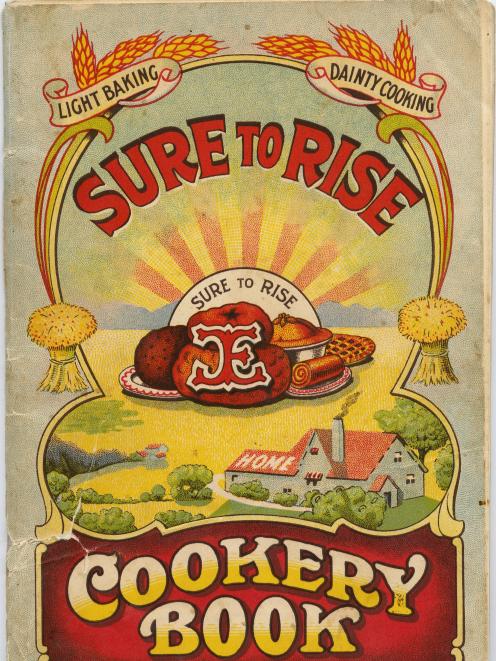 Mark Twain said many a small thing had been made large by the right kind of advertising.

Few advertising campaigns can have made a small thing as large as the one dreamed up by Thomas Edmonds in Christchurch in 1907.

The former Linwood grocer started selling baking products in 1879 and, by the turn of the century, Edmonds had become a leading foodstuffs company with a factory on Ferry Rd.

To push sales of its baking powder and soda still further, in 1907 the firm printed a giveaway booklet of recipes in which those products could be used.

Cookbooks were hardly new - Roman gourmet Marcus Gavius Apicius is widely credited with compiling the oldest surviving such book back in 1AD.

Many a migrant to New Zealand would have come equipped with Mrs Beeton's Book of Household Management - the Victorian era's go-to guide for fixing meals - and by the end of the 19th century several other volumes were available.

However, something about the Edmonds booklet struck a chord.

The following year, the firm repeated and expanded the exercise, issuing the 1908 first edition of a cookbook which become what is believed to be the best-selling New Zealand published book of all time.

The 1908 edition, a 50-page pamphlet of ''everyday recipes and cooking hints'', is now a prized rarity: only two are known to exist.

However, the 68 subsequent editions are reputed to have sold more than 4 million copies and the book is a well-thumbed mainstay in most New Zealand kitchens.

The book has its own page on the Government's New Zealand history website and in 2008, when New Zealand Post issued its ''A to Z'' New Zealand stamp series, the book was chosen to represent the letter E.

In an era when every TV chef has a glossy cookbook on the market, there is something reassuringly institutional about the orange Edmonds cover.

It moves with the times at glacial pace. Since 1955 its cover features the 1922 Edmonds factory building. The building was demolished in 1990, despite a vigorous campaign to save it.

The likes of plain scones, mince pies, pikelets and sponge cakes remain its stock fare, although the changing national palate has meant recipes such as chow mein and nachos have been added to what is now a much larger volume.

However, the essence of the Edmonds formula - usability - remains at its core.

The book has been spiral bound since 1976 so it can be easily kept open for ready reference. The recipes draw on pantry staples and readily affordable seasonal ingredients for meals which are practically idiot-proof.

If you did happen to get it wrong once, the book's cooking hints should save you from making the same mistake twice; there's a reason why generations of teenagers have received a copy when flying the family nest.

A copy of the Edmonds book is no longer available free to housewives by written request, and a complimentary copy is not sent to couples on the announcement of their engagement.

However, there is little sign the venerable volume will lose its status as the first point of reference for Kiwi cooks any time soon.