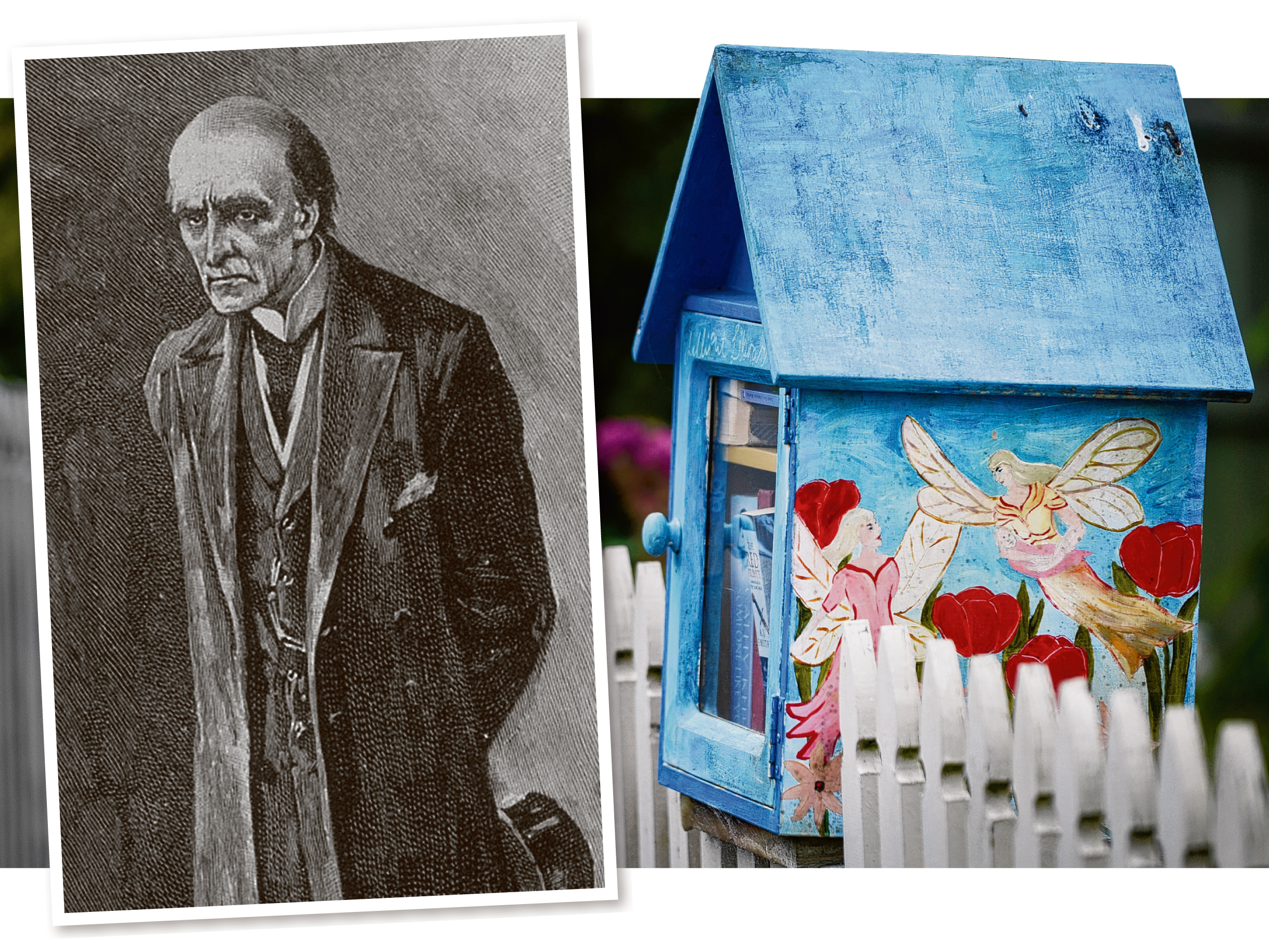 The cup dropped down on to the saucer with a sharp clack. Leaning forward, he re-examined the offending headline. "Criminal Mastermind to stand trial in Dunedin." More offensive still was the opening paragraph. "Described by criminologist Steven Carver as possibly one of the world's most intelligent and devious master criminals, Simon Campbell is believed to be responsible for 40% of New Zealand's black-market trade in stolen car parts and is alleged to have ordered the deaths of several individuals."

"Humph," he snorted. One of the world's most intelligent master criminals? Utter rubbish. How quickly the world forgot. It felt like only yesterday that he was being lauded as The Napoleon of Crime, that he was described as the ultimate Machiavellian criminal mastermind, yet here they were, hailing this young upstart as a master. The fools were celebrating the notoriety of someone who didn't have the intelligence to avoid being caught. What a mockery.

There was a time when the name Professor James Moriarty struck fear into the hearts of the criminal underworld, when Scotland Yard ran around chasing their tails, trying in vain to unravel the threads of his web and trace them back to him. But they failed, they all failed. The solitary thorn in his side had been Holmes; the memory triggered a wry smile. Sherlock Holmes had been the only adversary who threatened his empire, the only one worthy of his respect. How he missed the manoeuvring and outwitting, the cut and thrust of the game.

The headline had been a slap in the face, and it had opened his eyes to how old age and irrelevance had snuck up on him. He took an appraising look down and noted with dismay the carpet slippers he wore, the stained pants, the ill-fitting cardigan. As he raised his hand to cup his chin there was the scratch of three-day old stubble, and he caught the whiff of stale body odour. How had it come to this? How had the infamous Moriarty slidden into the ignominy of being a moribund old man, trapped within the four walls of a pensioner flat. Once, his reach could span continents; now it struggled to make the supermarket and the local shops. His once vast networks had shrunk from a cast of thousands to the state-provided home help and the meals on wheels delivery people.

Movement outside the window caught his attention. The nearest thing he had to sport nowadays was watching the comings and goings at the childishly painted Lilliput Library attached to a fence post across the street. It was somewhat like observing the local Serengeti watering hole, with all manner of humanity arriving over the course of the day to take advantage of free books or off-loading the literature they didn't warrant good enough to keep. There was even a strange kind of hierarchy. The current visitor was Zimmer Frame Man - early eighties, mobility issues, used the walking frame poorly. Called on the Lilliput Library every Tuesday morning without fail. Always took one book. He was sitting on the walker's built-in seat, puffing like he'd just run a marathon.

Moriarty's eyes dropped back down to that headline. Criminal Mastermind, humph. The media and law enforcement in this corner of the Empire had no idea what a real criminal mastermind was, what heights they could achieve. This feeble example they were extolling was some two-bit glorified car thief, and he certainly didn't warrant the title. The burn of resentment flared, and with it stirred a level of emotion he had not experienced for many a year. The more he looked at that headline, the more the anger grew, and resolve - the desire to show those sorry excuses for criminals and the police what a true master could achieve. But where to start? Nowadays the extent of his law-breaking was secretly keeping a cat when the tenancy rules forbade it. Lestrade was curled up in a tight ball in the one spot where sun reached into the flat in winter, his sleek dark grey fur almost luminescent in the light. The neighbours were either too unobservant to have noticed the cat's presence or didn't care. Judging by the calibre of his fellow tenants, it was more likely the former.

Activity outside at the little library caught his attention once again. This time it was Orange Puffer Lady - mid-forties, dyed blonde bob, always wore leggings and trainers. Wore the puffer jacket no matter the weather. Collected books from the Lilliput at least twice a week variable times of day. Never replaced any. He picked up the binoculars from the table beside him. What was she selecting this visit? "Move right a little, that's a girl." He caught a glimpse of the cover. She'd picked out the Lee Child that Grey Beard the Younger had replaced in there yesterday. Jack Reacher was not to his taste.

His mind set back to the task at hand. How could he demonstrate that there was only one worthy of the title Criminal Mastermind and heartless killer? He would have to start small - he was out of practice and resources were scarce. He'd had to leave Britain in a hurry and disappear somewhere no-one would think to look, where he could lie low until circumstances were more favourable. Unfortunately, fortune had not been kind, and his ruse of lying low had worked all too well. Now here he was, trapped in the infirmary of old age in the hell of suburban South Dunedin.

Hello, what was this? Movement at the library again. His eyes rolled of their own volition. That Woman had come out on to the street and was having a conversation with Orange Puffer Lady. That Woman - mid to late seventies, reed thin and tall - no sign of hunching. Hair long and snowy white, piled on top of her head in a bun. She was the official Lilliput guardian, and guard it she did. She had only moved into the neighbourhood four months ago and had immediately set to making her presence felt. This included the appearance of the Lilliput Library atop one of the red-brick fence posts outside her bungalow. Thus far he'd managed to avoid meeting her in person. "Horrible woman," he muttered under his breath. "Nose in everyone's business."

Moriarty rose to his feet and shuffled down to the spare bedroom. Once there, using the single bed as a support, he got down on to his hands and knees and reached under the valance to pull out a battered leather suitcase. His thumbs slid the two round catches to the side and he enjoyed the satisfying click as the locks released. How long had it been since he'd delved into this treasure of his past? Heart racing, he slowly lifted the lid. His English Webley revolver sat atop an assortment of papers and several passports. He picked out the British one and flipped it open to the photograph. The face of a much younger man looked back at him, along with the name by which he was now known. Major Tim Ayers. He set it back down and reached for the floral relief patterned biscuit tin pushed into the corner. This could be the answer to his conundrum. He prised off the lid and looked at the collection of glass vials and small cardboard boxes within. Poisoning could work. It would certainly strike fear into the minds of the public, and if he played it right, mass hysteria. He pulled on the pair of black leather gloves that sat near the top of the suitcase and lifted out a vial. Strychnine? Too quick acting, and how would he administer it without arousing suspicion. He needed something slower acting, something that he could give to his victims, but who wouldn't show symptoms of their imminent demise until later, preferably in the comfort of their own homes. And he needed a way to deliver it. Bearing in mind the limitations of his mobility, what did he have access to that could spread his poisonous reach? The solution, when it leapt into his mind, was ingenious. Oh my, he laughed out loud. He had a distribution centre right on his doorstep, or at least across the street. A sardonic grin lit his face; the Lilliput Library was perfect. The victims would come to him. He checked through a number of vials before he found the right one. This one was special, a contact poison, something that absorbed through the skin, something he could secrete into the pages of a book that would then transfer on to its unwitting reader. It was quicker acting, but if carefully placed, the timing could work. Whoever said reading was good for you?

The game was afoot.

- Vanda Symon is a crime writer and radio host from Dunedin. She is known for her Detective Sam Shephard series of novels, and a stand-alone psychological thriller The Faceless.

There was movement in the Library, for word had got around that Moriarity had got away,
as a faded daguerreotype
of Soames Forsyte,
looking for Ngaire, on The Flat.