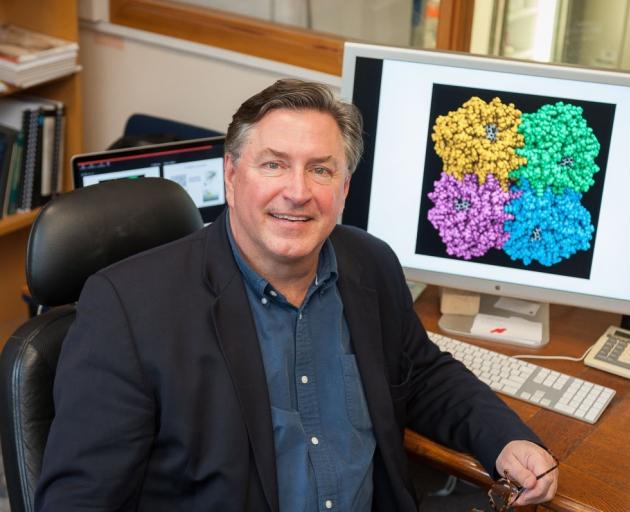 University of Otago biochemist Prof Kurt Krause. PHOTO: SUPPLIED
In the first of a five-part series the Otago Daily Times names the South’s 20 most inspiring people for 2020.

AT the heart of New Zealand’s celebrated ‘‘team of 5 million’’ taking on the Covid-19 pandemic is a team of highly collaborative scientists.

The University of Otago boasts the talents of researchers Prof Kurt Krause, Prof Miguel Quinones-Mateu and Associate Prof James Ussher, who were all integral parts of a community of New Zealand scientists investigating antiviral drugs and vaccine development to counter Covid-19 in what was a terrifying 2020.

The year began with researchers watching the breakout in Wuhan wondering if the novel coronavirus would be contained, Prof Krause said.

Soon after the realisation came that the country needed to act quickly.

‘‘It washorrifying and amazing at the same time, almost like observing a tidal wave from a distance,’’ Prof Krause said.

‘‘It was overwhelmingly frightening, but very gratifying and also really humbling —it’s been a huge privilege to work alongside people like James and Miguel to try to make a contribution towards the pandemic.’’

One of the strengths of the New Zealand’s response was an apolitical view of science, Prof Krause said.

With the early release of data from vaccine trials in November that appeared to show 90% efficacy and the protease inhibitors in development that were looking strong, Prof Krause said he remained cautiously optimistic at year’s end.

University of Otago physiotherapy student TJ Zimba made headlines in June when he told media he was tired of the racism he experienced every day, and tired of the scenes of racism he was seeing around the world. ‘‘It’s not just New Zealand, it’s not just America, it’s wherever black people of colour are.’’

The Zimbabwean-born 21-year-old said many New Zealanders were not aware there wasa ‘‘real big racism problem’’ in the country.

So he helped organise Black Lives Matter protests at the University of Otago and joined about 250people who marched down George St on June 14, chanting ‘‘No Justice, NoPeace’’, while holding banners. In doing so, he became a spokesman for anti-racism in Dunedin.

The march was one of many held around the world, in the wake of the death of American George Floyd. Mr Floyd was an unarmed man who was arrested by police in Minneapolis.

Video footage of the arrest showed him gasping for breath as a white policeman knelt on his neck. His death was one of several in the United States this year that triggered a tide of protests, unleashing long simmering rage over racial bias in the country’s criminal justice system. 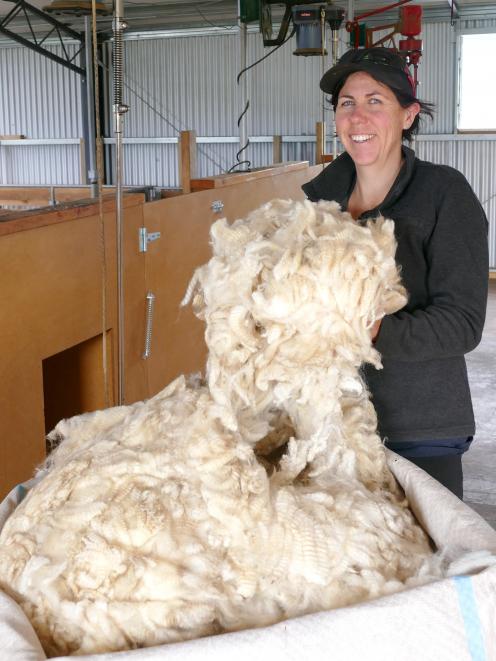 South Otago wool campaigner Amy Blaikie has had a busy year both in and out of the shed. PHOTO: RICHARD DAVISON

A casual comment during a lockdown Zoom meeting in June led to more than South Otago sheep and beef farmer Amy Blaikie bargained for.

The conversation, about the beleaguered crossbred wool industry, led to her launching an online petition that eventually garnered more than 15,000 signatures.
Delivered to Parliament on August 4, it called on Government to ensure all publicly funded buildings and KiwiBuild homes were built or refurbished with New Zealand wool carpet and insulation.

Although that was yet to pass, Mrs Blaikie said her advocacy continued, and the petition had ‘‘opened the conversation’’ about innovative ways to use what was a ‘‘fantastic, abundant’’ natural product.

‘‘Wool is better for the environment, biodegradable, toxin-absorbing, enhances acoustics and is naturally fire retardant.

‘‘It turns out a lot of other people are just as passionate about making proper use of New Zealand wool. I can’t say the petition will achieve its precise aim but, at the very least, it’s helped give exposure to the issue.’’

She continued to talk to Government representatives, including the Primary Production Committee.

A second, related initiative — the Bales4Blair fundraiser for the Southland Charity Hospital, being built in memory of Southland cancer victim Blair Vining — was also tracking well.

Wool donated from across New Zealand before January 31 would be used to insulate and carpet the new facility.

Mrs Blaikie said she was ‘‘surprised and humbled’’ to receive the Otago Daily Times 20 for 2020 nomination.

‘‘There are a lot of people on board with this, so it recognises all of their efforts.’’

‘‘IF I have seen further, it is by standing on the shoulders of giants’’. Sir Isaac Newton once said it, and it is what comes to Hana Halalele’s mind when she reflects on her leadership journey in the Waitaki district.

When Mrs Halalele moved to Oamaru in 1985 with her mother and three siblings, the 5-year-old Samoan girl was a minority in the North Otago town.

Thirty-five years later, it is estimated that Pasifika now make up 20% of Oamaru's population, and Mrs Halalele’s upbringing has inspired her on a path of leadership in the community.

Last year, Mrs Halalele broke ground by becoming Waitaki's first Pasifika councillor. This year, she was appointed as the manager of the Oamaru Pacific Island Community Group to help deliver social services in the North Otago town, co-ordinate contracts and develop the group’s operations, and she is also a mentor at Waitaki Girls’ High School, a guest lecturer at Otago University and is working with various agencies and businesses to help provide more pathways for people into education and employment.

Mrs Halalele said her mother, Toeafiafi Taiti, and the four other women who helped establish the Oamaru branch of women’s group Pacifica Inc in the mid-’80s had influenced her life's work in the community, and paved the way for many other women.

Working as a probation officer with the Department of Corrections for 17 years gave her an insight into the layers and needs of the Waitaki community, and she was grateful for the platform the Waitaki District Council had given her to advocate for those needs around the council table over the past year.

During lockdown, Mrs Halalele helped to develop a Pasifika crisis response team, distributed food packages to families in need, helped at Covid-19 community testing stations, and assisted people to access and navigate different services. She also put in countless hours of volunteer work to apply for funding to support recovery efforts in the district.

And, on top of all of that, she is also a mother who cherishes every moment with her husband and two daughters.

‘‘I’ve got a really supportive family network that allow me to do what I need to do in the community, and they help take care of things at home,’’ she said.

Growing up in a Samoan family, service — of your community, your family and your church — was just part of who she was.

‘‘Most of my life’s work has been in the community and that’s where my passion really is.’’