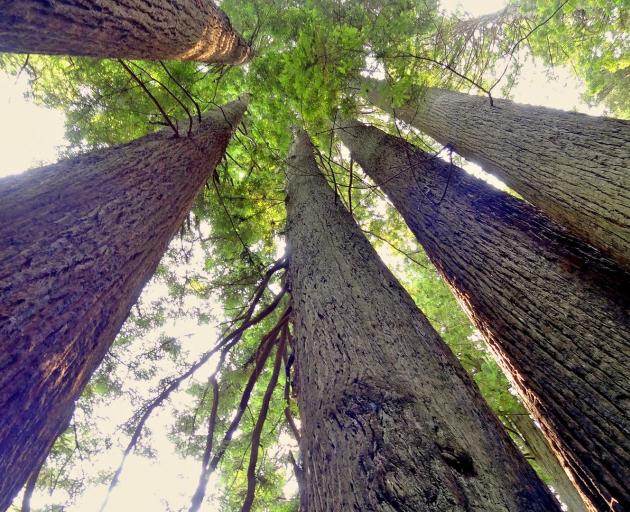 Driving between San Francisco and Seattle serves up a kaleidoscopic array of searing vistas and elemental experiences, but the chance to commune with California's fabled old-growth redwoods beckoned with great anticipation for me. It's mesmerising just how far those colossal redwood forests stretch.

Spanning 800km, the tall timbers are never far from view as you travel up the Pacific Coast. The oldest groves and tallest titans run just north from Mendocino all the way up to Crescent City, close to the Oregon border. Over the course of several days, I revelled in the heart of tree-hugger heaven. Before savouring the grand old groves, head for Mendocino, a charming hamlet perched above the restless sea on Highway 1. 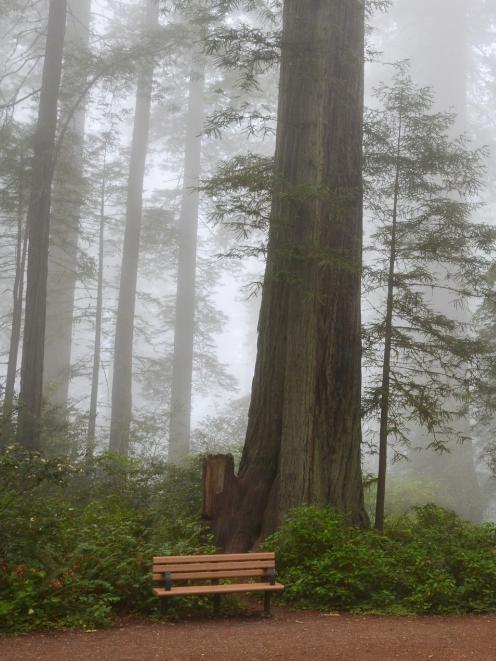 Redwoods National Park.
It's a natural haven for alternative thinkers and creative types, so don't be surprised to see easels propped and paint palettes out as artists try to capture the raw seascape on canvas. It's a very strollable town, with quaint Victorian-era gingerbread homes, shops and bars. The Mendocino Hotel, circa 1878, is a vestige of the Old West and movie-set perfect.

Back on the road, I shadowed the wild wave-bashed coast, pulling over regularly to snap away heartily at the elemental theatre, as I wended my way through rustic villages such as Fort Bragg and Westport (uncannily similar to the rustic charm of its Kiwi cousin) before rejoining Highway 101 at Leggett, where the world of the rocket-like redwoods begins.

Follow the signs to the famous One Log House. As the name suggests, it was hollowed out in 1946 from a single log, from a redwood tree more than 2100 years old. It took two men eight months of hard labour to build this five-bedroom log house. You'll find it just south of Garberville, one of numerous quirky roadside attractions all along the Redwoods Highway.

America certainly knows how to lay on the quirk and another such spectacle is the Shrine Drive-Thru Tree, at Myers Flat. It's got a naturally cleaved tunnel through the base of the trunk, becoming one of California's earliest tourist marketing icons when it was touted to the world 90 years ago. And still they come, to drive their car through the tree.

Another eccentric specimen is an intrepid redwood that refuses to die. Dubbed the Immortal Tree, it continues to grow despite being scorched by lightning strikes and fires on countless occasions. Then there's the Living Chimney Tree, a 24m-tall remnant of a redwood tree that was hollowed out by fire in 1914. Even though the dry central core was destroyed, the moist outer layers of the tree survive. But it's the Avenue of the Giants that looms as the pinnacle experience within the Redwoods Kingdom (grab a free auto tour brochure at the entrance or download the commentary app).

Willow Creek home to the Big Foot legend.
It's a wonderland, with one of the largest remaining stands of old-growth redwoods in the world, wrapped around a gorgeous 50km scenic byway, flanked by the flood-prone curve of the Eel River. All along the route, these monster trees jut right up against the roadside, to the point where some of their trunks have been sanded back so as not to rub against your car.

As I made my way through the forest, I was reduced to a state of slack-jawed wonder by the dramatic wall of enormous russet trunks rocketing skyward. Feted as the world's tallest trees, many of these redwood old boys reach well over 100m.

And they're also among the world's oldest trees. Many specimens I ogled had been reaching for the sky for more than 2000 years.

As you'd expect, in addition to this gripping scenic drive, there are ample turnouts where walking trails lead you into the old-growth forests. When you're purring through the Avenue of the Giants, Founders Grove is an excellent trail option if you want to wrap yourself in the vertical majesty of these champions. If you have the time, just northeast of the Avenue of the Giants is the Six Rivers National Forest. Home to Willow Creek, this is where the Big Foot legend was hatched back in the 1950s. I can't say I saw him, but the Big Foot Museum certainly arouses much curiosity with some interesting anecdotes of sightings and some conveniently grainy ``evidential'' footage.

The 24m chimney tree was hollowed out by fire.
After you have overnighted in Eureka, Highway 101 resumes its coastal romp, leading you through to cheery little Trinidad, strung around a rocky headland with picture-perfect coves. If you're up for more tall-tree glory, a short drive away is another Californian crown jewel, the Redwoods National and State Parks, which boast half of the world's tallest trees. A fabulous stop is the ``Trees of Mystery'', near the coastal town of Klamath. It features many giant redwoods and a number of unusual tree formations, many of which can be seen from its Trail of Mysterious Trees.

Its Trail of Tall Tales displays some 50 chainsaw sculptures and carvings illustrating stories of legendary logger Paul Bunyan and his crew. My absolute favourite walk is the 1.5km loop trail into the Lady Bird Johnson Grove. It was dedicated in her honour by Richard Nixon because she was such a key activist for preserving California's ancient redwoods.

This trail packs a huge punch, allowing you to immerse yourself in the soaring grandeur of these trees, without much effort. It's also quite fog-prone, so you may strike it lucky with ethereal silhouettes of these mighty trees in the mist. Heart-stealing stuff!

After more wild, cinematic seascapes along the Pacific Coast, Crescent City heralds the end of the line. California's northernmost city woos travellers to ogle at the 1856 Battery Point Lighthouse.

Perched on a tiny island just off the beach, it can only be reached on foot at low tide. Sure enough, I walked across the causeway, climbing the narrow spiral staircase to the lamp room, where you then crawl up a ladder and through a trapdoor. Why? The seraphic 360-degree view rewards you handsomely. As an aside, this seafaring town is certainly at the mercy of the ocean. In 1964, much of the town's history was literally washed away in a massive tsunami. As recently as 2011, the tsunami waves generated by that catastrophic Japanese earthquake devastated the town's marina.

All along the Redwoods Highway, there are plentiful accommodation options. But Eureka won me over as a must-stay destination. Founded by the California gold rush, with a quintessential old-style main street, the refurbished historic district brims with brightly painted shops in a pedestrian-friendly setting. If you’re a fan of indie boutiques, the pickings are
rich.

Shipwreck is a standout for vintage goods. Art galleries, gift shops and eye- catching eateries are all part of the picture.

For something quirky, stop by the Romano Gabriel Sculpture Garden.

A carpenter and gardener by trade, Romano spent nearly three decades crafting hundreds of whimsical figures, particularly painted trees and flowers, from packing crates. Some of the pieces were animated by small motors. They were proudly displayed in his front yard but, following his death in 1977, local heritage preservationists secured this eye-grabbing trove of folk art. It’s now proudly on display in a shopfront in the historic district.

Eureka is renowned for its astonishing trove of Victorian architecture, awash in decorative flourishes, ornate carvings, turrets and gables. (There are more than 1600 heritage-designated homes!) I whiled away half a day feasting on the town’s Victorian ‘‘Queens’’ on a self-guided tour, which climaxes with the Carson Mansion — one of the United States’ most photographed Victorian residences.

Built in the 1880s for lumber baron William Carson, its bewitching blend of towers and turrets  seduced me. Over 100 craftsmen were employed to create this masterpiece, which is now a private club. Across the road, the ‘‘Pink Lady’’ is another Victorian dazzler, which was also built for the Carson family.

Planning a grand American adventure? Check in on the official website for a world of trip inspiration. www.visitusa.com.au