Life's a beach at Kaka Point 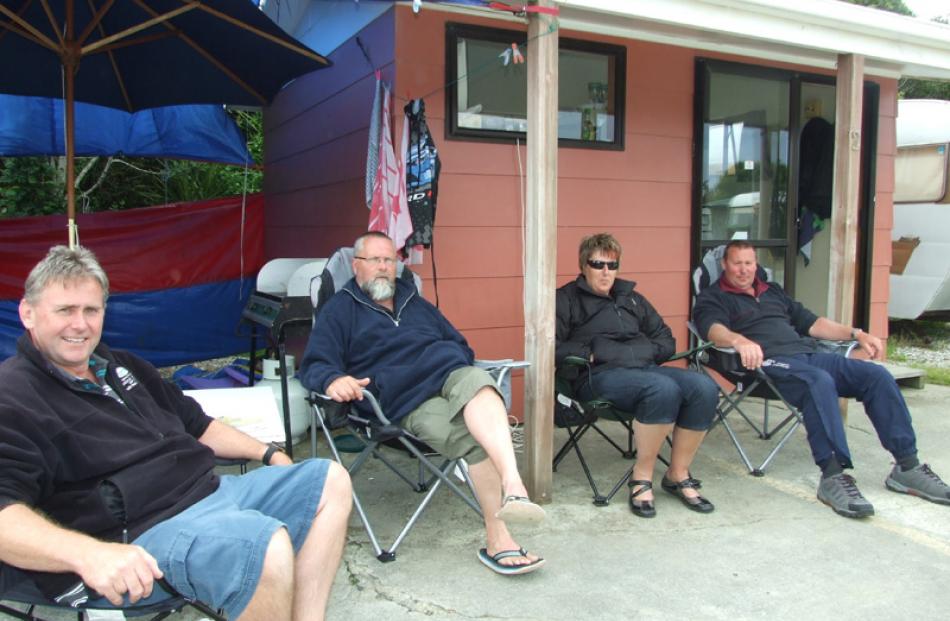 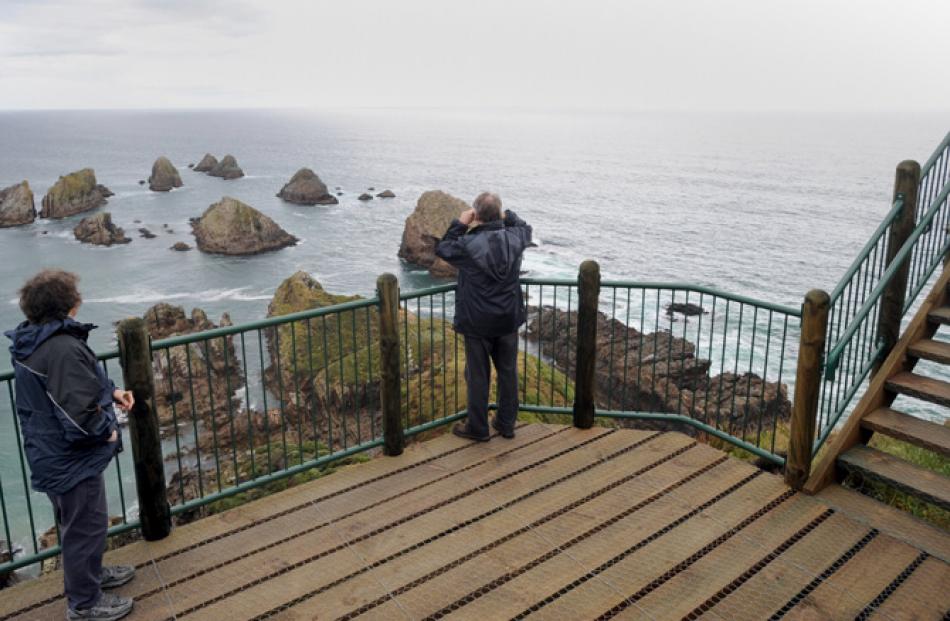 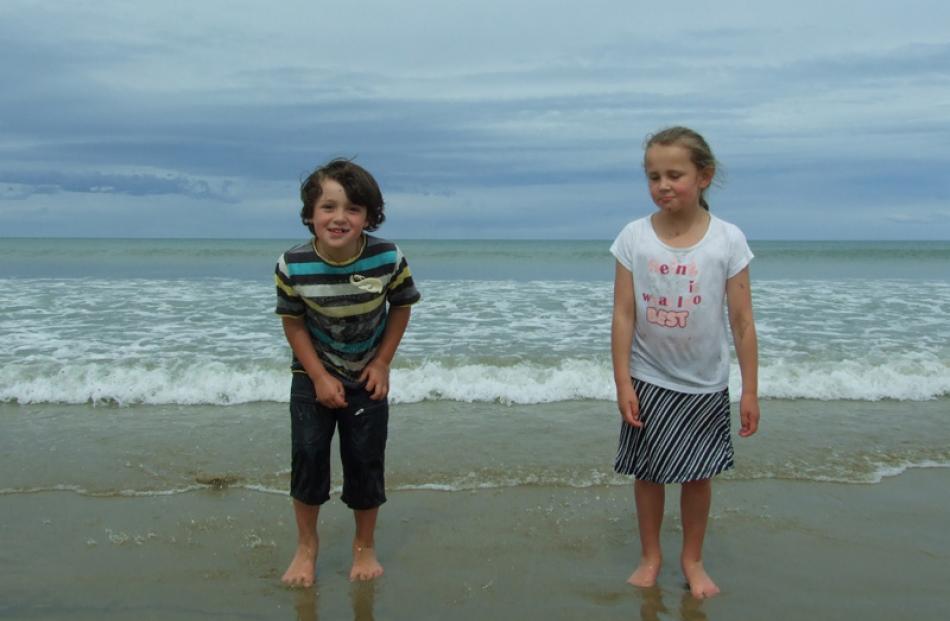 Levi Brown (5) and Marinah Brown-Butland (7), of Milton, enjoy a paddle at the beach on Monday. 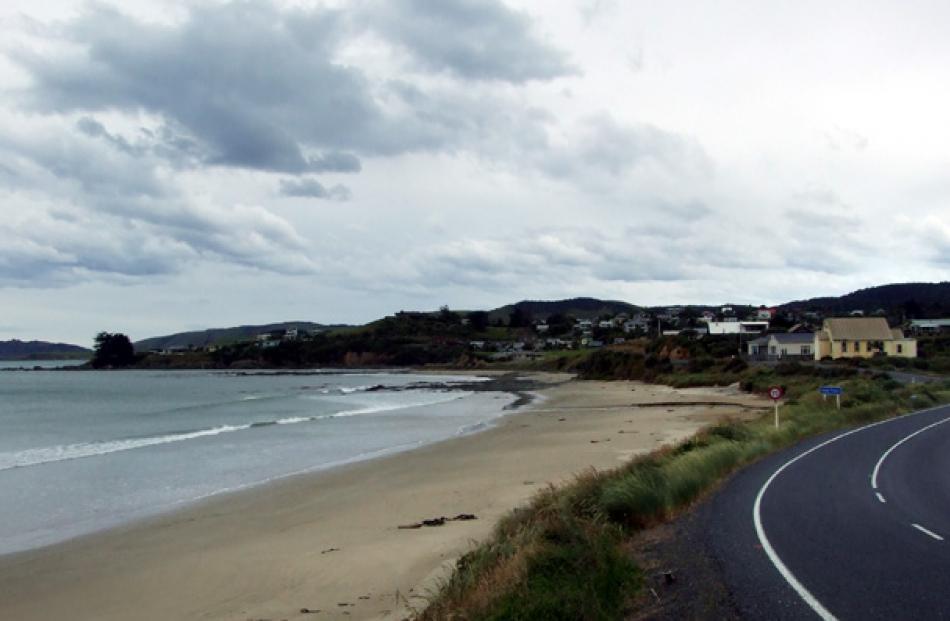 About 22km south of Balclutha is the seaside township of Kaka Point.

The seaside township of Kaka Point is nestled among sand and bush in South Otago.

A popular seaside village less than 20 minutes' drive from Balclutha, Kaka Point has a permanent population of about 200, boosted by holidaymakers during the warmer months.

The township offers a range of recreational pursuits, including surfing, fishing and kayaking. It also offers bush and beach walks, tennis and swimming at a surf-patrolled beach between November and March.

Tucked into native bush at the top of the township is the Kaka Point camping ground, which becomes a sea of tents and caravans as holidaymakers arrive for the summer break.

The camp has sheltered tent and power sites, a full kitchen, free barbecue and a coin-operated laundry. Set next to a children's playground, the camp is close to tennis courts and the bowling club and is a short walk from safe swimming and surfing beaches.

Mataura man Bruce Wilson has been coming to Kaka Point each Christmas for the past eight years.

He and a group of five friends arrived in time for Christmas and plan to spend nine days at the camping ground.

The group enjoyed a warm Christmas day at the camp, with temperatures estimated by holidaymakers to be in the high 20s, perhaps even 30degC.

''We started coming in 2004, and have kept coming back. There's good camp ground managers here. They're friendly and the ground is a lot tidier since they came,'' Mr Wilson said.

Kaka Point had not changed much over the years, but there were a few more houses, he said.

''There's a very friendly atmosphere in the camp. Here you make friends for life.''

''We're already booked in for next year, so we're all ready to come back.''

Fellow camper Pam Brown, of Milton, said it was the first time her family had stayed in Kaka Point.

''We normally go north but we figured we would try Kaka Point this year. It's been great staying at the motor camp, and the weather hasn't been too bad.''

While only a small township, Kaka Point has a variety of accommodation to suit all needs, including backpackers, motels and bed and breakfast places, as well as the camping ground.

Resident Mark Deacon said the township was great place to live all year round.

''Why would you go anywhere else for Christmas? It's great here all year, especially in summer.''

Only 8km down the road is Nugget Point, a popular tourist attraction.

A prominent headland, Nugget Point obtained its English name from the early whalers and sealers who thought the offshore rock stacks resembled nuggets.

At Nugget Point there is the spectacular Nugget Point Lighthouse Wildlife Reserve (Tokata), which is home to fur seals, New Zealand (Hooker's) sea lions, elephant seals and yellow-eyed penguins (hoiho), as well as a wide variety of other seabirds.

Here visitors can park and take a short walk overlooking Roaring Bay to watch yellow-eyed penguins coming ashore in the evenings, or drive to the second car park and take a walk to the Nugget Point lighthouse.

Along the coast around Kaka Point and to Nugget Point are plenty of places for fishing. Nugget Point's fishing history is on display at the Point Cafe and Bar, where owner Colin Paterson has painted the wall above the pub's fireplace with an image inspired by historical photographs and the landscape near Kaka Point.

Mr Paterson created the painting using two historical photos of fishing boats along the coast from Kaka Point and his memory of the landscape.