Thomas Logan discovered gold in these parts in 1863, and the whole area is a labyrinth of mine shafts, old townships and ruined batteries hidden among the rocks and tussock. 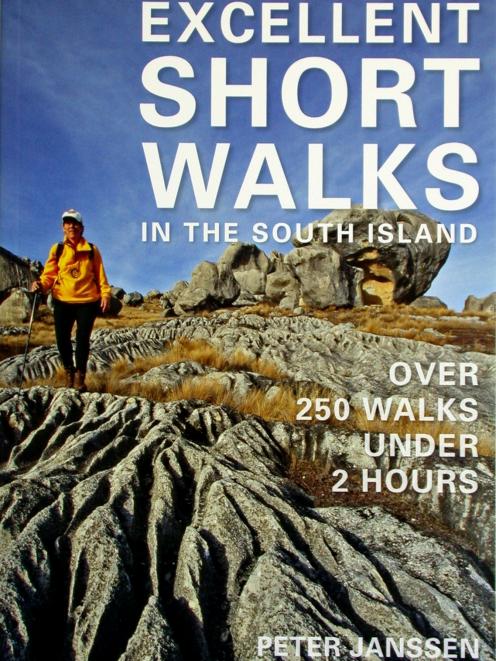 This loop walk, starting at Welshtown, has some of the best-preserved miners’ huts in Central Otago, several of which are missing only their roof.

The walk wends its way through tussock and scrub past mine shafts, old rock walks and ruined miners’ cottages to the Matilda Battery. Opened in 1878, the shaft at Matilda went down 178m, and the 16-stamper battery, powered by steam, crushed the ore hauled up from the depths. The mine closed in 1884, and in 1908, 10 of the stampers were relocated to the nearby Come In Time battery where they remain to this day.

A bonus on the walk is the magnificent vistas over the Tarras area and the mountains to the west and north. Many of the deep shafts in the locale are not covered, so keep a close eye on youngsters if you don’t want to lose them down some deep dark hole!

The ruins of this tiny hotel are visible from the car park, but are worth a closer look as they are some of the most substantial in the area. From the car park, follow the 4WD road and cross the dam to the hotel. After visiting the hotel, continue up the creek and past the ruins of several miners’ huts and back to the car park. Pengelly’s Hotel is incredibly small, with rooms so tiny that it is hard to imagine them holding any more than three or four burly miners, let alone a bar.

At a glance: Bendigo goldfields

Grade: Easy
Time: Matilda Battery, 40 minutes; Pengelly’s Hotel, 20 minutes return.
What: Well-preserved mining relics set against a picturesque high-altitude backdrop.
Directions: From Cromwell, take SH8 towards Tarras, and after 14km turn right into Bendigo Loop Rd. Continue down this road for a further 2km then turn right at Bendigo up the steep gravel road to the Welshtown car park at the end of the road. 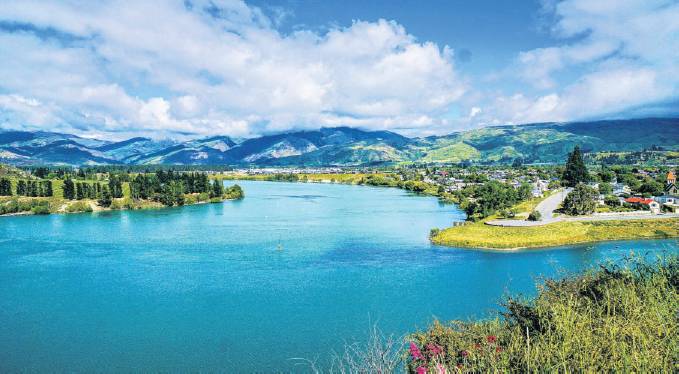 Old Cromwell was flooded when the Clyde Dam came into operation in the 1990s. PHOTO: GETTY IMAGES

Lake Dunstan was created by the construction of the Clyde Dam during the 1980s and officially opened in 1994. The dam flooded not only the old town of Cromwell and its famous gorge, but also large areas of fertile river flats, bringing Lake Dunstan into existence in the process.

Key historic buildings were removed and reconstructed above the water level, but the old stone bridge over the gorge remains intact, albeit 11m below the surface of the lake. According to local legend a car is still parked on it.

Starting 50m from the Cromwell Lookout on the other side of the road, the track is moderately steep, ascending steadily through a sparse landscape of rock and wild thyme to an old reservoir.

Now dry, this stone-lined reservoir once supplied the town with water, and the exit pipes and depth-measuring posts are still in place, as well as the supply pipe, which is visible at several points along the track. The views are superb, encompassing Lake Dunstan, Cromwell town surrounded by vineyards, and beyond that the Pisa Range.

Above the reservoir, the landscape is a sea of rocky outcrops, tors and loose stones, and even the wild thyme struggles to survive on these bone-dry slopes, which are a far cry from the country’s more familiar lush bush landscapes.

In fact, the herb thyme in Central Otago is thought to be the only wild population outside its natural range in the Mediterranean. Most likely introduced by miners during the gold-rush era, thyme has thrived in the harsh dry climate of Central Otago and its distinct bouquet is now a signature of the local landscape.

Having put the steepest part of the walk behind you, you head gently uphill to a 4WD track, and then downhill for a short section before joining another track to the right and back to the road.

At a glance: Cromwell, Old Reservoir and Firewood creek

Grade: Medium.
Time: 50 minutes return.
What: A wild rocky landscape and excellent views over Cromwell and Lake Dunstan.
Directions: Opposite the Cromwell Lookout on SH8, 1.5km south of the bridge over Lake Dunstan at Cromwell. 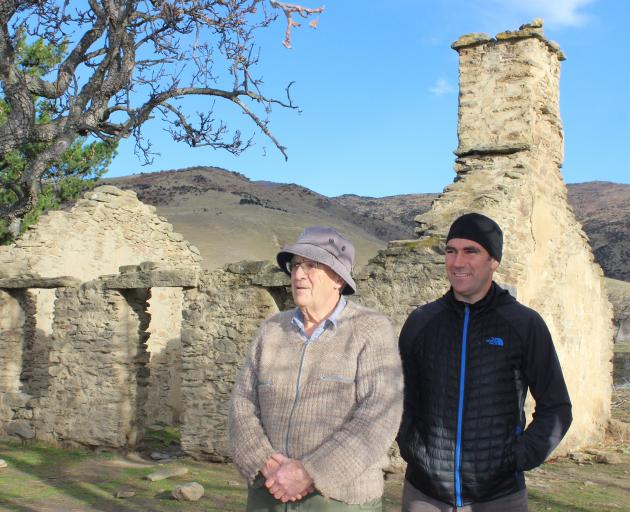 THE SLUICINGS AND STEWART TOWN

The Sluicings is an amazing area of cliffs, gulches, pinnacles, tunnels and old ruins set amid a barren landscape and all man-made. In the late 19th century, technology enabled gravelly soils to be worked with high-pressure sluicing hoses resulting in a drastic revision of the topography.

Blasted by water, the flat terrain near Bannockburn has been altered beyond recognition and has a strange appeal all of its own. This is a great place to either work up an appetite or walk off a lunch at one of the excellent vineyards close by.

The walk begins gently uphill through a deep gully stacked high with rock debris from the sluicing, and with tunnels leading deep into the base of the fluted cliffs. From here, the climb leads to a flat terrace with grapevines that was the original level of the land prior to the mining era, which began in the 1880s.

A short walk takes you to Stewart Town, containing a small handful of ruins. Almost intact, and with only the roof missing, is the small cottage that was home to David Stewart and John Menzies, both bachelors, who made their money by providing the vital water supply on which the miners depended. Surrounding the house are old apple and pear trees that still bear fruit. \

Just to the east of the dwelling, a number of distinct channels, which carried the water from the dam to the workings, are still clearly visible.

From Stewart Town, the loop walk follows a parallel valley to the east, past the remains of a blacksmith’s forge and miners’ huts.

Especially welcome on this walk are the information boards that, for once, are written for adults and not the typical signage worded as though for the less intellectually gifted child.

At a glance: The Sluicings and Stewart Town

"According to local legend a car is still parked on it" best look at your facts eh, the Cromwell bridge doesn't have a vehicle on it but the Lowburn bridge does (a Holden).