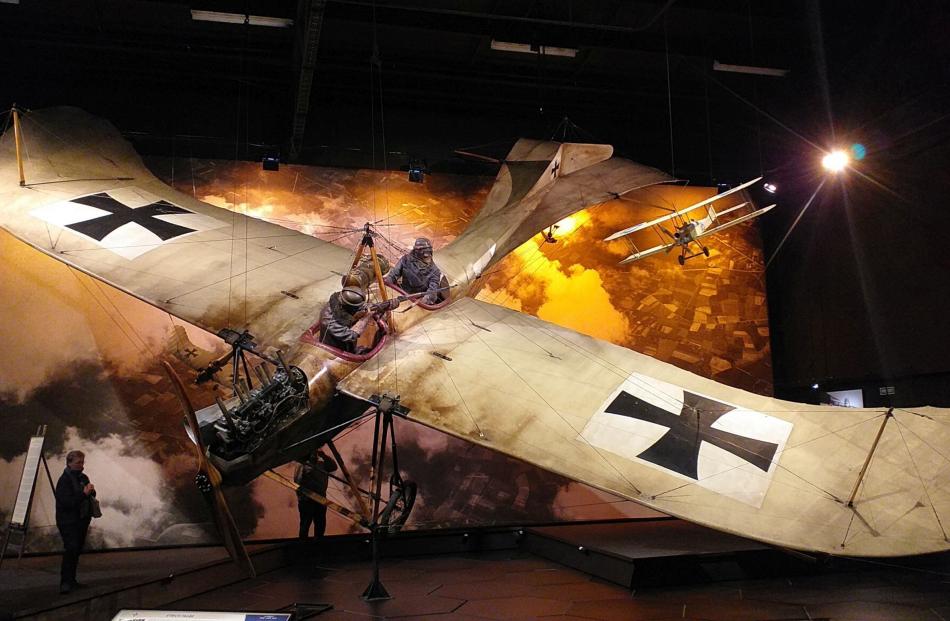 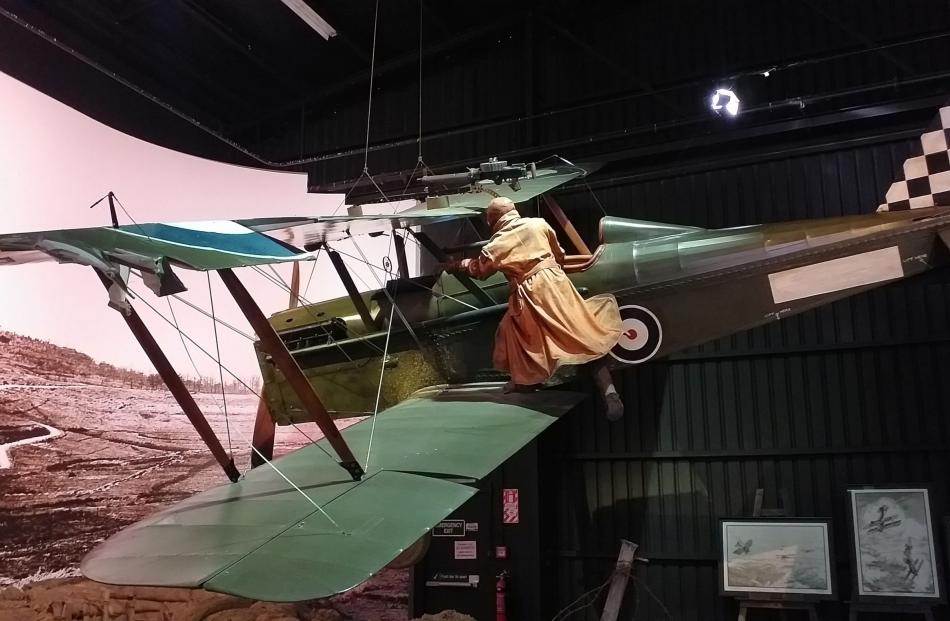 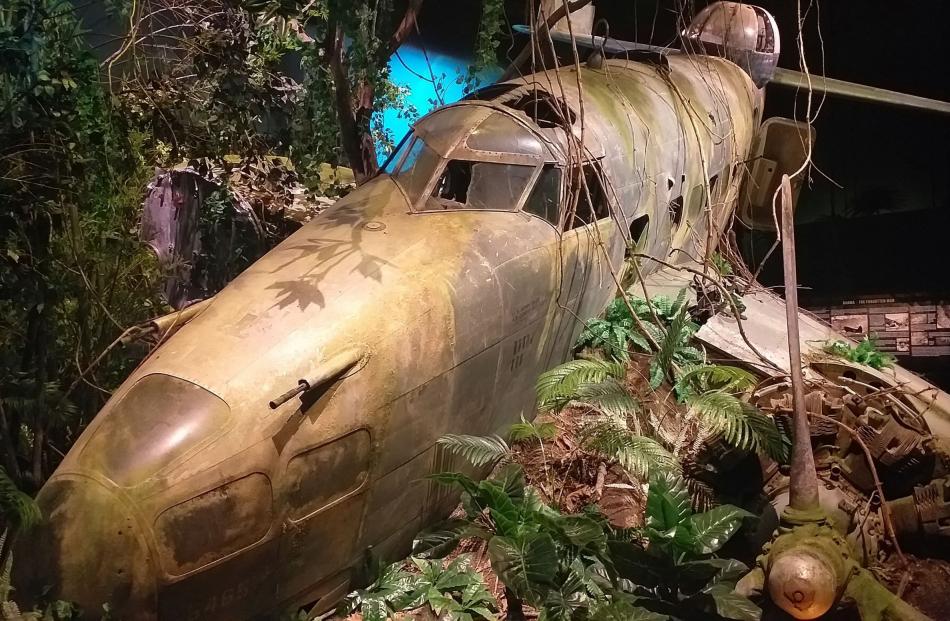 Wandering among the vines in Blenheim. PHOTO: DESTINATION MARLBOROUGH
Sun-drenched Blenheim might well be brilliant every day. Bluebird skies bathed my latest fling with the city, as the first hint of spring started to bud in languid, leafy Seymour Square, writes Mike Yardley.

As New Zealand’s largest wine-growing region, revered for its globally-acclaimed sauvignon blanc, I pre-positioned myself in the thick embrace of Rapaura Road’s vines, checking in for a stay at Marlborough Vintners Hotel.

Cradled in the heart of the wine country, in a luxury suite loaded with all of the contemporary creature comforts, it was such a thrill to awake to the carpet of vines reaching out across the celebrated landscape, as the sunshine illuminated the Wairau Plain’s lofty bookends, the Richmond Ranges and the Wither Hills.

I joined a Winter Warmer Wine Tour with Sounds Connection, an outstanding way to immerse yourself in the magic of Marlborough, as they escort you to some hand-picked cellar doors. You do the tastings - they do the driving.

I was particularly excited to encounter Rock Ferry, a stirring organic winery, recently scooping half a dozen gongs at the Organic Wine Awards. The 3rd Rock Sav Blanc 2019 is a cracker, with fruit from the Wairau Valley, exuding great freshness and balanced by crisp acidity.

Dodson Street Beer Garden’s beer hall.
Sauvignon blanc and oysters - could there be a better pairing? I had my fill at Cloudy Bay’s Raw Bar, a very swish affair, swathed in well-groomed lawns and gardens, adorned in hanging egg chairs and oversized couches. It’s a glamorous cellar door, with grand views of the rows upon rows of wine oak barrels, in the cellar. On the opposite side of Jackson Road, pop into the boutique joy of Allan Scott Family Winemakers, where you can relax in the shaded courtyard while grazing on local produce.

For a palate change, I also ventured to one of the nation’s most decorated craft beer enterprises, Moa Brewery, the brainchild of Allan Scott’s son, Josh. Beyond the tasting room, their beer garden’s picnic tables and shady trees make a sparkling setting for chilled indulgence, particularly in summer. 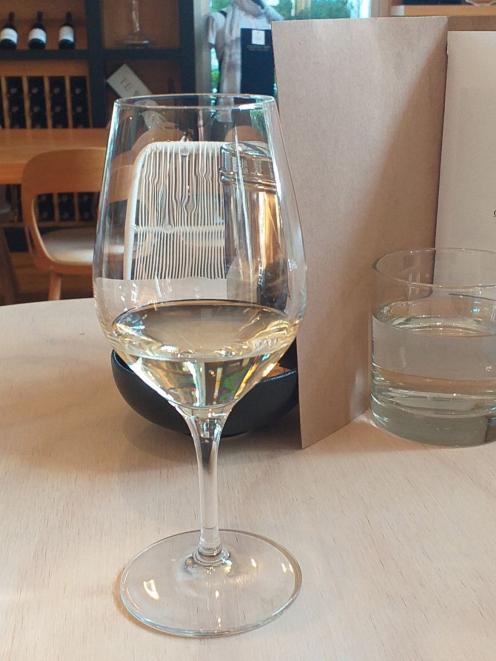 Wine tasting at Cloudy Bay.
Blenheim’s bounty of hospitality spots is beyond abundant, and you must not miss the Dodson Street Beer Garden. In 1858, Henry Dodson established a brewery and the malthouse was housed in the same building where you’ll find this venue. Originally home to the Wairau Brewery, the malthouse is still working today.

It’s the oldest commercial building in Marlborough and Dodson Street Beer Garden proudly boasts one of the largest selection of craft beers and ciders on tap in New Zealand - 21 at last count, including the onsite Renaissance Brewing Company.

More key features are the authentic German cuisine and salivatingly good pizza selection. I love the old-timey beer hall, the trove of memorabilia and the ebullient spirit which makes this spacious venue such a perennial crowd favourite. Enterprising hands-on owner Dietmar Schnarre is an absolute delight.

For a complete change of scenery, I swapped wine for wings, and the vintage aircraft displays at Omaka Aviation Heritage Centre are absolutely next-level.

The two exhibition halls dramatically showcase classic aircraft from the two world wars. The original Great War exhibition, ‘‘Knights of the Sky’’, features Sir Peter Jackson’s personal collection of WW1 aircraft and artefacts. Many planes are fully air-worthy, and can be readily deciphered by whether a drip tray is situated under their belly.

The magnificently theatrical dioramas and captivating scenes depict the aircraft in compelling context - some re-create actual incidents, such as the plane that crash-landed into the only tree standing on Flanders.

Beyond the flying machines, Sir Peter’s treasure chest of rare war memorabilia is incredibly compelling, including personal items belonging to the famous Red Baron himself. I was particularly struck by the display of artefacts connected to Hermann Goering, including the cap he was wearing in 1945 when he was captured by the US Army.

‘‘Dangerous Skies’’, the WW2 exhibition, opened four years ago and explores the stories of both male and female aviators and their tales of valour from Germany to the South Pacific. Iconic warbirds on display include a flyable Spitfire Mk.14.

Moa Brewery
A variety of aviators — such as Russia’s famous female fighter pilot, Lydia Litvyak, the “White Lily of Stalingrad” as the Soviet press nicknamed her — are showcased. The sheer scale of Russia’s losses in World War 2 is illustrated with dramatic effect.

Another favourite personal story is illustrated by the mannequin of a Kiwi pilot, James Hayter, who was shot down over England and parachuted to safety, landing in the middle of a garden party. The assembled lovelies promptly swooned over him and offered him a stiffener. Just imagine it — quite the floor show.

The collection of magnificent flying machines is indeed magnificent, but the personalised human dimension threaded throughout the exhibitions, and the storytelling prowess, packs a poignant punch.

Last month the family of deceased aviation collector, John Smith, appointed the Omaka Aviation Heritage Centre to work with them as guardians of his remarkable collection, to preserve and publicly display his trove of aircraft.

John’s backyard shed in Mapua was the aviation equivalent of Aladdin’s Cave, fuselages lined up parallel to one another like sardines, symmetrically arranged either side of a fully assembled Mosquito.

The Smith aircraft destined for display at Omaka include a complete de Havilland Mosquito, John’s own original Tiger Moth and New Zealand’s most famous P-40, Gloria Lyons. They will join the Lockheed Hudson, formerly gifted by John, on display at Omaka.

Future fundraising efforts including any profits from next April’s Yealands Classic Fighters Air Show will be funnelled into this significant conservation project.