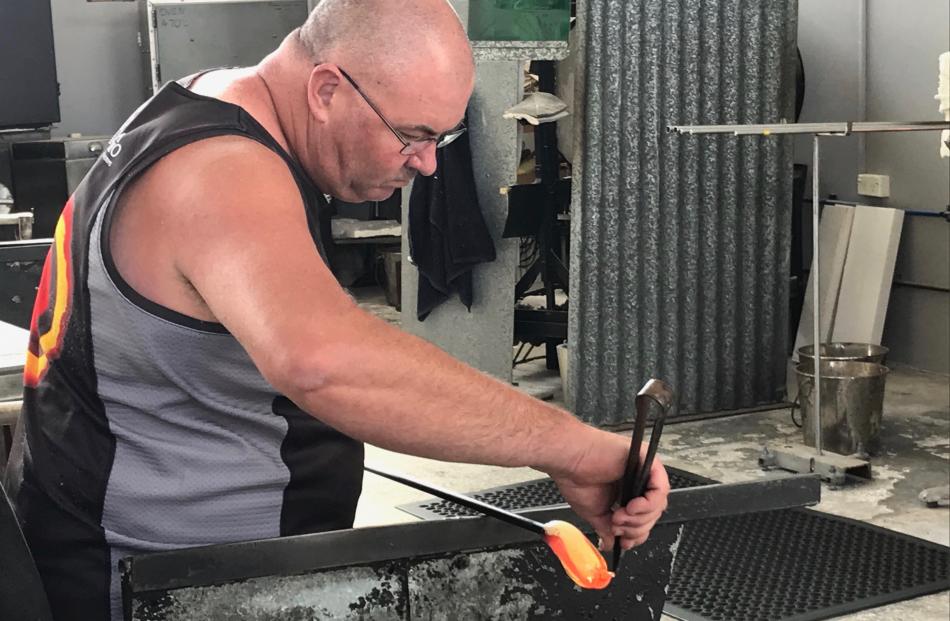 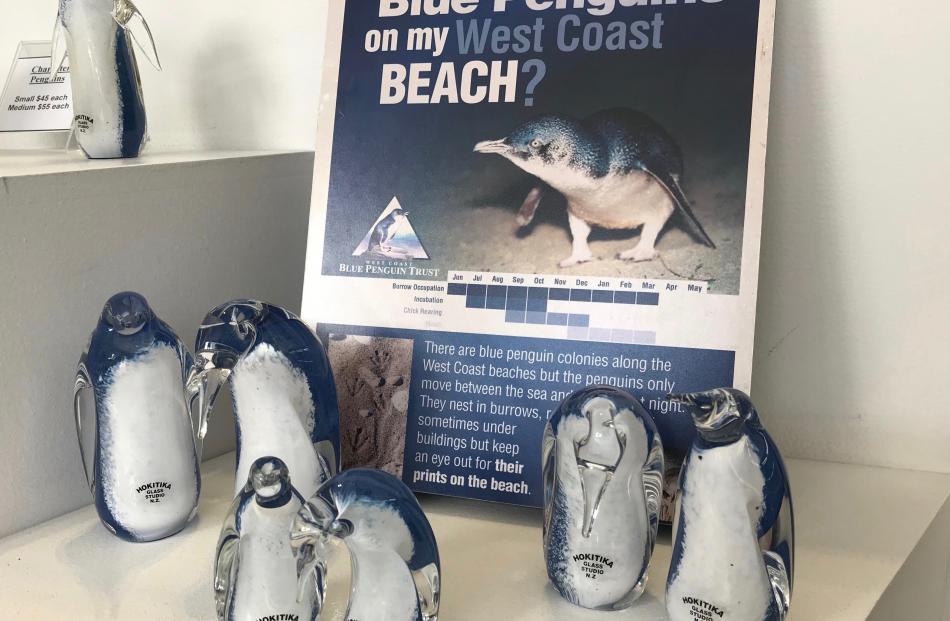 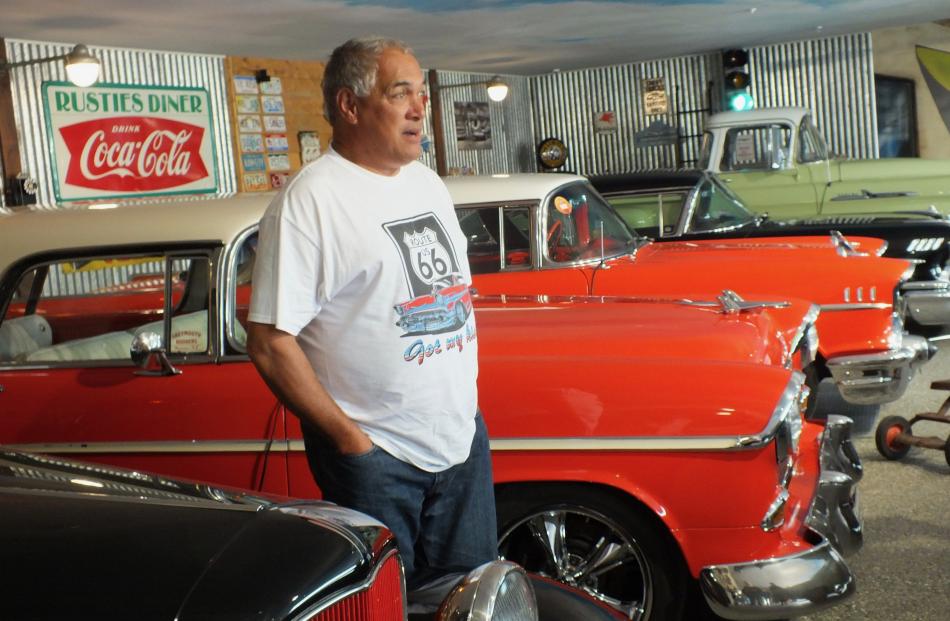 Paul Emery with some of his American classic cars.

The Strongman Mine memorial above Breakers Beach. PHOTOS: GILLIAN VINE
When Covid-19 retreats and we can go on holiday again, Gillian Vine recommends the West Coast.

Top of my treats list when Covid-19 allows us to travel freely again is a whitebait pizza.

To get one, I’ll have to go to Fat Pipi Pizza in Hokitika, almost certainly the only place in the world this goody is available.

Heading back to the West Coast won’t be any hardship, as it’s one of the most interesting parts of New Zealand, with a plethora of things to see and do.

I was there earlier this year and enjoyed Westland’s hospitality, driving on the good roads and fine weather.

Fine weather? Did you know the Coast has fewer rain days than Auckland? Well, it does, although when it does rain, it tends to pour — no wonder the bush looks so lush.

As well as pipi pizza, my wish list for a return visit includes buying a barbed-wire pukeko for my garden from sculptor Tony Wollett. I also want a little blue penguin from the Hokitika Glass Studio, since my efforts to spot the real thing on Breakers Beach, north of Greymouth, were a flop. I did, however, have the thrill of finding a tiny piece of pounamu among the stones on the beach and was delighted to learn I could keep it — but not any found in creeks or rivers. 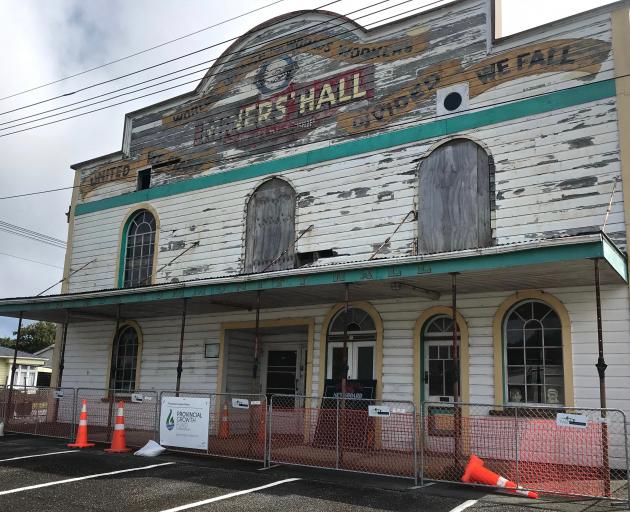 The Runanga Miners’ Hall is associated with the early days of the Labour Party.
Above Breakers Beach there is a sobering reminder of the dangers of coal mining, a memorial to the 19 men who died in the Strongman Mine in 1967, a toll overtaken in 2010 when 29 were killed at Pike River.

Opposite the memorial, one can walk to the mine entrance, an uphill slog of about 2km. Stephen Roberts, from Breakers Boutique Accommodation, does a splendid job of helping keep this and other tracks clear, a great example of community service.

The worst mining disaster numerically was at Brunner in 1896, when the 65 men working underground on March 26 died in a gas explosion. Sadly, had miners paid attention to the panicky reaction of the pit ponies, which baulked at the entrance and had to be forced in blindfolded, the tragedy might have been averted.

Given the dangers of mining, it is not surprising that the coast was a leader in the union movement, nor that the seeds of the Labour Party were sown in Blackball.

There are excellent illustrated boards about coal, gold, timber and other West Coast ventures at Shantytown, a recreated 19th century village between Greymouth and Hokitika.

Kaitangata was used to haul coal in South Otago until 1969.
My favourite attraction there was a ride on a steam train. The driver, originally from Bluff, picked my South Otago origins for, when noting it was called Kaitangata, I asked: “Is this the real Kai engine?” Only people from down there said Kai, he reminded me.

The engine was built in Scotland in 1896 for the Kaitangata Coal & Railway Company. Coal was taken 8km from the mine to Stirling, and older readers may still recall it puffing along until the mine closed in 1969, after which Kaitangata was donated to Shantytown.

For those who prefer cars to trains, visitors to Paul Emery’s classic collection will drool over his immaculately restored American autos. They are mainly Chevrolets, although Paul’s wife Diane has a preference for their 1932 Ford. Advertising ephemera from the 1950s lines the walls and there’s even a poster for an Elvis concert.

The West Coast’s mild climate has favoured the creation of many fine private gardens, something rarely recognised. I managed to gallop around half a dozen stunners in my short visit and now plan to time my next trip around St Andrew’s Church’s annual garden ramble in the Hokitika area in February.

I’ll be easy to recognise — just look for the woman mumbling “Ooh” and “Aah” through mouthfuls of pipi pizza.