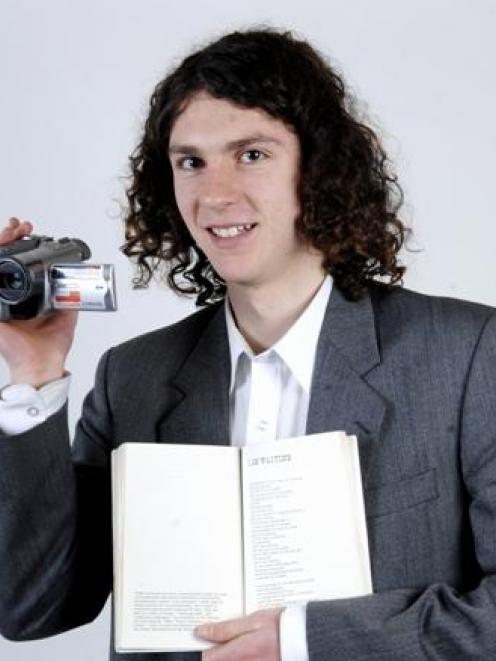 Alec Dawson
Alec Dawson (17) got his acting debut in a James Bond spoof action film in which the characters were played by shoes.

"I was the James Bond pair of shoes which got to kick the butt of bad guy Dr Stiletto and win the girl. Essentially, I was a foot model. But from that, I became completely absorbed with writing and producing my own films."

Since then, the Logan Park High School prefect has established a film club at school and made five films, including A Tale of 3 Stadiums, which won the New Zealand MovieFest Competition last year and the award for the best super-short film at the Dunedin Fringe Festival this year.

Alec's film-making success is in part due to his award-winning writing skills.

He has won the 2008 Commonwealth Essay Competition, school creative writing awards (2007), the 2006 ODT Extra! short story competition, and has had several articles published in the Otago Daily Times.

"Sometimes when you're feeling down or uninspired, just picking up a pen picks me up again. There's something rewarding about putting pen to paper."

Despite his passion for film and theatre, Alec plans to study law and a bachelor of arts degree in English at the University of Otago.

Role models: "I get inspired by people I read about and the work of writers."

Hopes for the future: To study law and a bachelor of arts degree in English at the University of Otago.