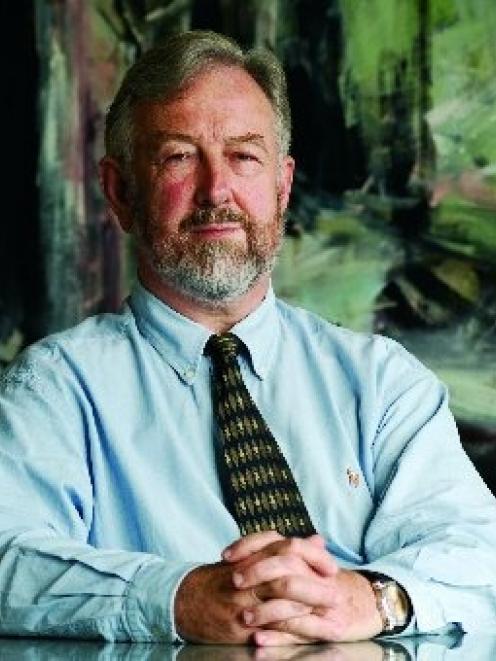 Profesor Alistair Fox
Many New Zealand men are suffering harmful effects from the legacy of their cultural pasts, according to a new book by University of Otago Pro-Vice-Chancellor (Humanities) Professor Alistair Fox.
The Ship of Dreams: Masculinity in Contemporary Päkehä and Mäori Fiction of Aotearoa/New Zealand (to be released early in 2008 by Otago University Press) shows how four prominent novelists - Maurice Gee, Stevan Eldred-Grigg, Witi Ihimaera and Alan Duff - delve under the surface in exploring the influences that have shaped post-war masculine identity.

"New Zealand men are notoriously self-contained, being reluctant to talk about their private feelings," says Fox.

"That is why one has to go to imaginative literature written by men to make contact with the reality that lies under the calculatedly deceptive surface."

These novels, Fox argues, show that both Mäori and Päkehä men have troubling cultural legacies they wrestle with.

For Päkehä, it is the legacy of "puritanism" with its strong work ethic, self-repression and a mistrust of emotions.

For Mäori, it is the legacy of the old warrior culture, with its expectations and prohibitions, combined with a sense of dislocation that has developed since colonisation.

"Both cultural value systems have damaging consequences for men because of their impact within the family system, often resulting in emotional deprivation that leads to a range of dysfunctional behaviours.

"These writers," says Fox, "show why Päkehä men often find it difficult to make connections with other people, why some Mäori men seek to evacuate their negative feelings through violence (often against family members) and why men of both ethnicities are prompted to engage in a range of transgressive and self-destructive behaviours.

"All four authors have mapped the terrain and their literature gives us a psychological diagnosis of what it has meant to be a New Zealand man in the last 50 years.

What emerges is a picture that is very different from that presented in the standard myths of the Kiwi bloke and the hypermasculine Mäori sportsman.

"Among them, these writers articulate a powerful plea for Päkehä men to be liberated from the repressive and oppressive effects of the puritanism that persists in New Zealand society, and for Mäori men to have greater scope to define their identities in terms that may transcend the boundaries of the old culture."

As Ihimaera puts it, "New Zealanders are still in the process of becoming. The next great transformation is about to begin. Dreamers, awake."
Comment now