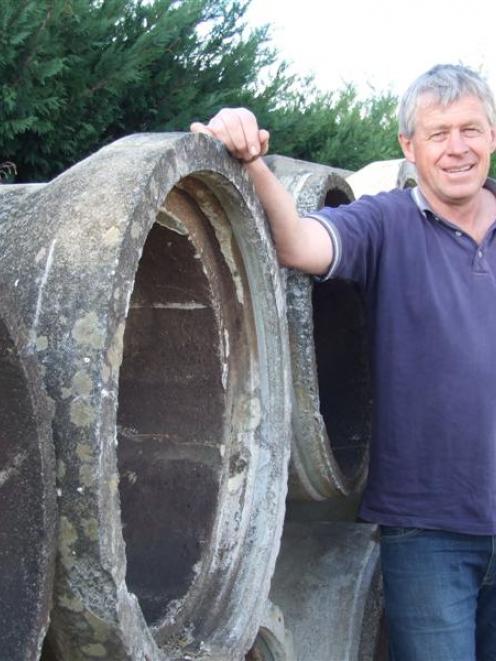 _apprenticeship_for_mayoral_job_done_4c8def3355.JPG
Central Otago's deputy mayor Tony Lepper believes he has "served his apprenticeship" for long enough and it is time for a change at the top.

An "up-front" approach, his wealth of experience as a councillor - 21 years- and his rural background are three of the planks of his mayoral campaign.

I think it's time for a change.

I think all organisations need a bit of rejuvenating and it's time for that to happen.

And it's not going to happen at council level so the only place it can happen is with the mayor and I'd like to use some of those skills I've developed over many years and also over the last four years as being chair of Sport Otago.

What are your strengths?

Well, I think I know how to serve my community well at council level and it's a chance to show that I can do it at a wider level as well.

Sport Otago has proven to me that I can do that.

A culture of working with the CEO and staff and the other councillors and I'm very confident that I can play a leadership role at national level if they want me to.

If they need me to go to Wellington, I'd be up-front and tell them what I think.

I think we might have lacked a bit of that.

What's your assessment of how the council has operated for the past three years?

Well, I mean you'd be silly to say it hasn't done very well, because we've been part of it, but I think we're going along pretty well, actually.

People moan about the percentage rates go up, but we've just been responding to what the people ask for, really.

The community seems to have been ...

Cromwell's a hustling and bustling place, Alex has found its niche in life.

What's your vision for the future?

I want somewhere where young kids can work, and where my kids will be attracted to come back to later in life, and somewhere Bernie and I can grow old, so it's got to be affordable.

But not much different to the way it is, really.

Growth, but not changing too much.

How does your leadership style differ from the other two mayoral candidates?

Well, I think I'm a bit more up-front than Malcolm might be.

I don't know about Jeff.

He's probably one of those sort of people, as well.

He'll shoot from the hip.

I might not be quite as polished as Malcolm, but people will certainly know what I'm thinking.

Does that imply you think Malcolm is not as open as he could be?

No, that implies I just think Malcolm sometimes doesn't express an opinion when the people of Central Otago expect him to.

I think the public expects us to have a view, a vision, and we've just got to express it.

We've been a bit namby-pamby on mining and things like that, all those big projects that happen and I think people expect us to have an opinion.

Why is it time for a change of leadership?

Everything goes through cycles and this is one of them.

We're just starting to meander a bit, so a wee bit of direction would help us.

Any goals for the next term in office?

As a council I want us to be far more user-friendly.

It annoys me every time I talk to someone on the street and they've had a bad experience with council.

There's no need - they don't have to get the answer they want, but they can have a good experience, or a palatable experience, so I would like us to get more user-friendly.

And I would just like everyone to realise that we're working for the people of Central Otago.

But wasn't that attention to customer service the whole thrust of the Vanguard method adopted by the council?

It still hasn't worked though.

OK, no-one is running down that Vanguard stuff, but everyone still tells me that they don't have a pleasant experience when they go in [to the service centres] to get something done.

Too much red tape?

How do you address that?

Well, I think the elected members need to get more involved in that.

We've got to work with [chief executive officer] Phil [Melhopt].

That's one of the reasons I stood, because we've had those two key staff changes [chief executive and corporate services manager] and I just think we need to bring some teamwork with the mayor and them working together.

What sort of campaign are you going to run and how will you fund it?

I'm funding it myself and I'll probably spend about $1500.

I'll be doing the usual stuff but my specialty is that I'm hand-delivering my business cards on my bike.

If my business card arrives in your letterbox, it's been delivered on my bike.

I unleashed my secret weapon on Monday night at Rotary - my wife.

Are you a stirrer?

If you went back three years and started again, is there anything you think the council should have done differently?

We would've done water meters differently, the communication with the people.

I tried to get them to do it differently and they wouldn't.

I told them it was going to hurt people. I mean we all believe in meters ... but the way we did it ... we should have supplied them with the meter, then all the information, then told them how it was going to work and then talked about billing, afterwards.

And we'd do the Cromwell information centre differently.

The mayor should've got involved in that right at the beginning.

There were cross-boundary issues there. There were community board things that needed to be sorted out.

Who do you see as your supporters?

It's been widespread really, because Bernie and I get around.

I don't think it would be anywhere in particular, maybe the rural sector ...

How do you answer ratepayers' concerns about rising rates?

Well, it's really simple: tell us what we shouldn't be doing, and we've got to get better at asking that question, so we've got to give them alternatives and show them where it will affect their pockets.

What are the major issues ahead in the next three years?

That's a major issue, coming up with an answer that's affordable.

2) The day-to-day business of the council has to be more approachable for the public.

If you don't get elected as mayor, what's next for you?

It will be life as normal, and of course, I've already been elected back on to the council.

I won't be having another go as mayor; this is it.

I feel I'm ready for it right now.