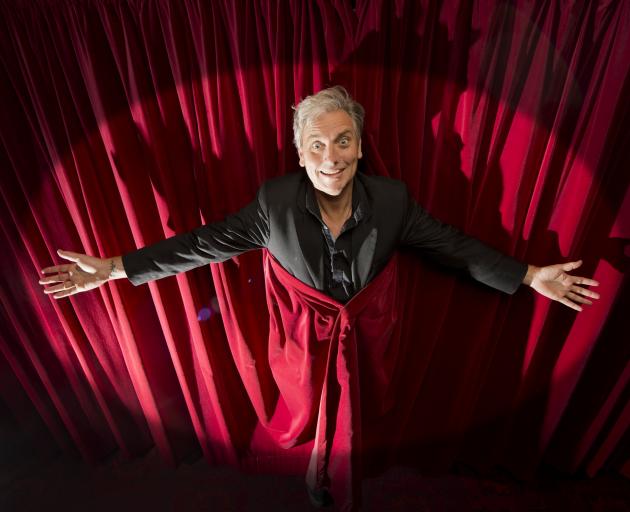 The festival, which featured about 500 performers in 63 performances of 34 shows, drew to a close at the weekend after selling more than 7700 tickets.

More than 20 performances were sold out.

Festival director Charlie Unwin said while total attendance numbers were yet to be calculated, as attendances to the gallery exhibitions and the festival’s Your Festival Through The Years had not been tallied, he expected them to be in the tens of thousands.

He was not sure of the exact number of ticket sales in 2018, but could confidently say sales were up this year.

Given the challenges artists had faced in the past year due to Covid-19, it was "particularly pleasing" that people had come out and engaged with the arts, he said.

"I’m completely charmed at the response and support from Dunedinites for the festival.

“It’s been a fantastic three weeks; I’ve done many festivals, and I have to say that I’ve really enjoyed this one."

Mr Unwin was "proud" of the work put in to present many performances, workshops, exhibitions and talks across many venues during the 20 days.

There was a strong focus on performances in schools this year, with more than 2000 primary and secondary pupils seeing festival shows or taking part in music and physical theatre workshops.

The festival’s two free outdoor shows had also been a "big hit" with audiences, more than 1000 people attending The Arboreal Aerialist and Secrets in Your Streets.

One of the biggest changes to the 2021 festival, aside from not having international artists, was moving the festival from its usual October timeslot to April.

"Dunedin is the perfect size city for a festival; it’s small enough for the festival to really have an impact, it’s large enough to be able to host substantial shows, and it’s well-placed to have both local and visiting the audiences.

"Plus, the 2021 programme aptly demonstrated that there’s an incredible amount of talent here, which worked really well alongside artists and creatives from all around the country," he said.

Planning was already under way for the next Dunedin Arts Festival, set to return either in October next year or April 2023.

While that date was yet to be determined, Mr Unwin hoped the next festival would offer a "perfect blend" of local, national and international artists.