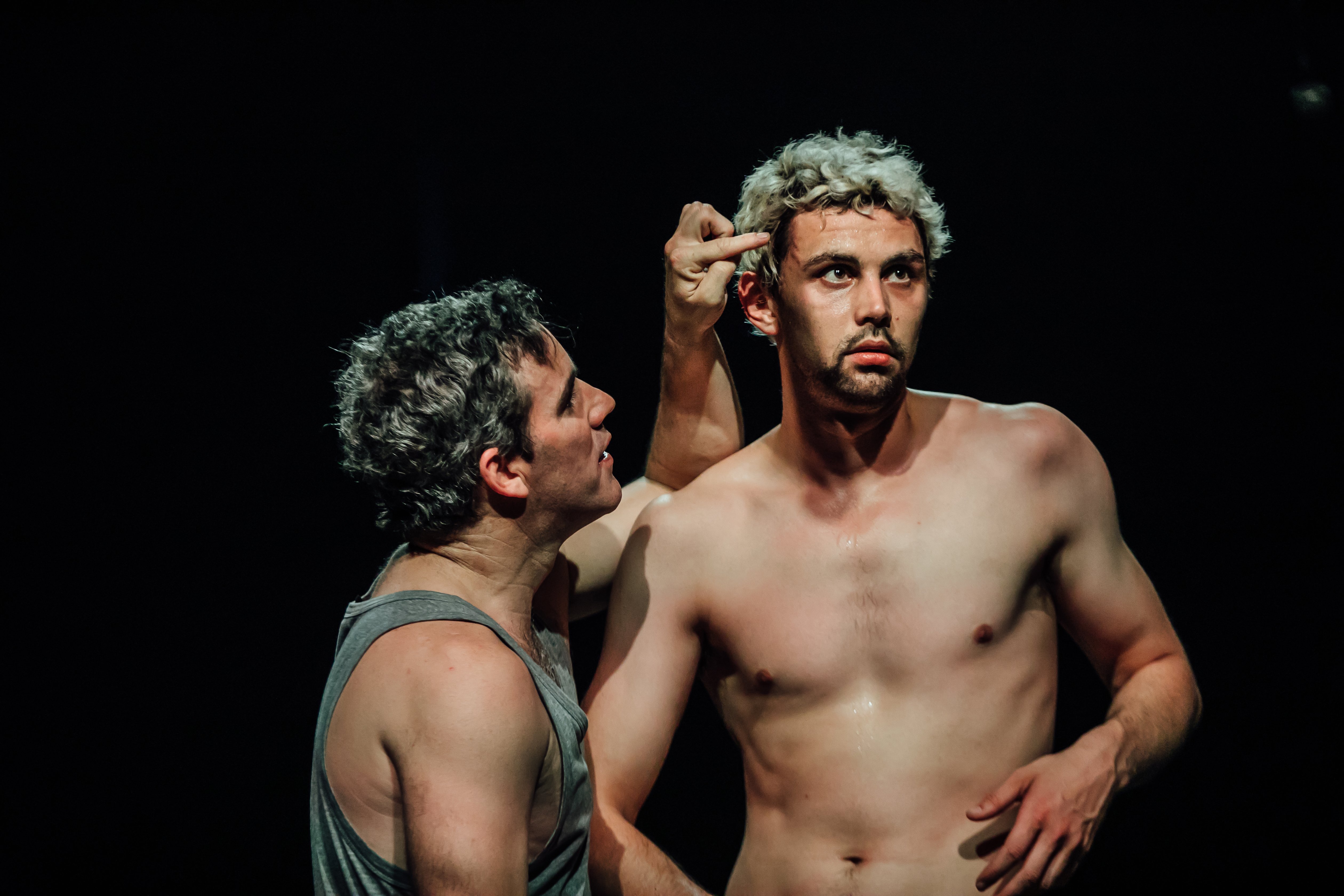 Performing in Red Leap Theatre’s production of Owls Do Cry are Ross McCormack (left) and Arlo Gibson. Photo: Andi Crown.
More than a year after it was created in the South, the theatre show Owls Do Cry is on tour again, this time including a performance in the city.

The Red Leap Theatre production will come to Dunedin this weekend for the Dunedin Arts Festival 2021, after showing in both Oamaru and Wanaka.

The piece is a contemporary response to New Zealand author Janet Frame’s novel of the same name, which follows the story of the Withers siblings, Daphne, Chicks, Toby and Francie, and their lives in small-town New Zealand following a family tragedy.

Director Malia Johnston said the six-person performance reacted to the book’s energy, including the story itself, Frame’s writing style and the book as an object.

"It is quite poetic, engaging, interesting and thought-provoking.

"It doesn’t fit in a normal, literal way," she said. "It is fun, there is comedy, there’s an emotional journey and there are lots of metaphors."

The idea came from Red Leap director Julie Nolan, who wanted to liberate female writers and had always been inspired by Frame’s books, she said.

It has been a long time coming for the show after it was workshopped in 2019.

Owls Do Cry was on tour when New Zealand went into lockdown due to the Covid-19 pandemic last year and it left the cast and crew "hanging", Johnston said.

"You’re so ready to go, you’ve got the work and you want to share it."

It was "surreal" to be back in the studio rehearsing with the team a year on since the show got shut down.

It was performed in Oamaru last night, and there will be a show in Wanaka on Friday and another in Dunedin on Sunday.

Frame was born in Oamaru and it was for that reason the Red Leap crew decided to complete the final stages of bringing Owls Do Cry back to life for the tour at the Oamaru Opera House, Johnston said.

It was a special trip that offered some much-needed inspiration.

"We had a few things that hadn’t quite fallen into place until we got down there and a musician I work with was stressing about the last track he was composing.

"Normally, it comes to him, but it didn’t come until we were in the theatre."

Working on the show also had revealed some of her own personal family history, Johnston said.

While visiting her father, she told him about how she had started working on Owls Do Cry, to which he said her aunt had been researching their family’s maternal line and Frame was a distant relative.

Finding out she was related to Frame strengthened her sense of purpose.

"It filled me up with the sense that, ‘OK, I am meant to do this and [Frame] would probably approve’."

• Owls Do Cry plays at the Regent Theatre at 7pm on Sunday, as a part of the Dunedin Arts Festival.