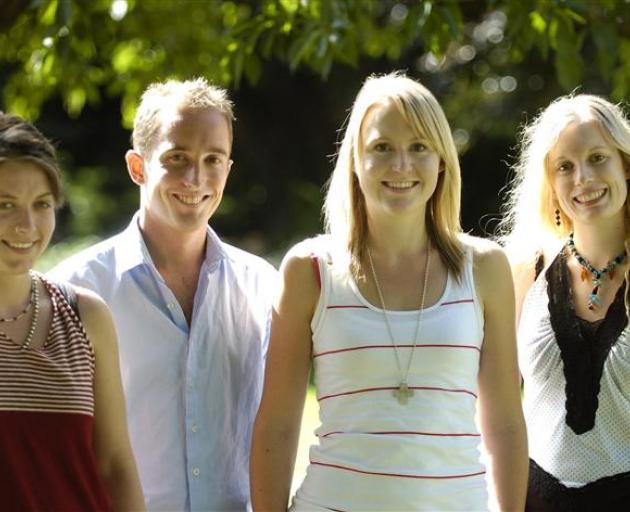 
The Otago awards were among 42 such scholarships, totalling $4.4 million, announced this week by the Tertiary Education Commission.

Planned Dunedin research projects included the use of virus-like particles as vaccines and immun otherapies for cancer, and analys ing aspects of an animal model for schizophrenia.

The scholarships, which are intended to support the top 10% of the country's doctoral candidates run for up to three years, and also cover tuition fees.

Mr Green said the outcome reflected well on the academic departments and sections involved, given that the respective supervisors and academic resources involved were also included in the scholarship assessment.

Ms Crawford said the funding would enable her to attend a conference in the Netherlands.
University graduate research services director Dr Charles Tustin said that the success of six

Otago scholars was welcome recognition of their calibre as top research students and would open new opportunities for them.