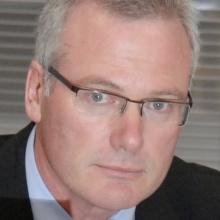 Former Cabinet minister Steve Maharey has been brought in to evaluate a shake-up of general staff at the University of Otago amid fears of significant job cuts.

This comes as the university’s support services review, which started in mid-2015, moved another step forward at the end of the last month as a business case was delivered to a steering group which will decide which options it supports.

However, union representatives and staff remain in the dark about what is in the business case and rumours continue to spread that about  300 jobs will be cut.

Staff and the unions have been told to expect an update next month after the steering group has considered its options.

University human resources director Kevin Seales said that once the steering group had considered the business case, it was "likely" it would be provided to staff for consultation.

He did not confirm whether this would happen next month, but did confirm former Cabinet minister and Massey University vice-chancellor Mr Maharey had been asked to independently evaluate the business case.

Mr Seales also confirmed the review had been expanded to include property services staff, who had initially been left out because of the large volume of upcoming  capital development.The staff were added to the review after responsibility for capital projects was split off from the property services department.

Mr Seales once again dismissed a rumour just over 300 jobs would be cut, saying there was no financial or staffing target to reach in the review.

Representatives from the Public Service Association (PSA) and  Tertiary Education Union (TEU) said morale remained low at the institution amid uncertainty over whether people would be keeping their jobs.TEU organiser Shaun Scott said his union expected to receive more details about the plan next month.

While this information might include a clearer picture of overall job cuts, individual staff members would probably remain in the dark about whether their jobs would be affected until as late as next year, Mr Scott said.

PSA organiser Keith McFadyen said getting information from the university about what might happen had been difficult.

In the meantime, he did not want to speculate over how many jobs would be lost, saying one redundancy was one too many.