Few get out of bed for free flat 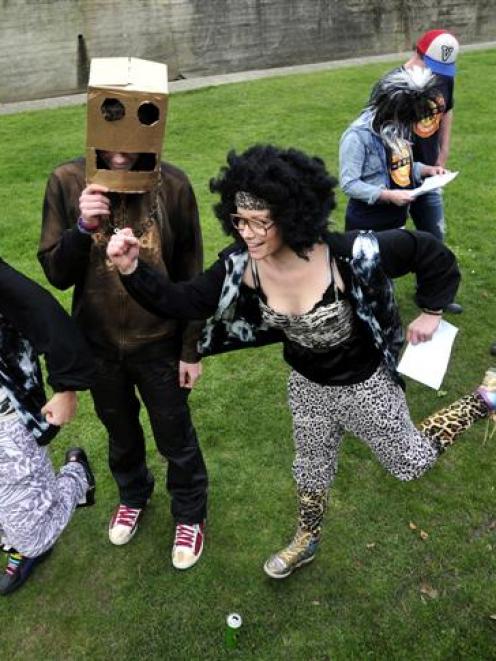 Fifty teams entered the "Westie Pad" promotion online, but the numbers had withered by the time it started at 1.30pm yesterday.

"I'd say your odds are looking pretty good," Westpac senior marketing manager Grant Andrews, of Auckland, told the two teams which managed to make the competition start at the University Union Hall.

The bank was offering a free Clyde St flat it has dubbed "the Westie Pad" to a trio of lucky students for a year.

"We only do this competition in Dunedin, because Dunedin is such a student town," Mr Andrews said.

"The prize is probably worth at least $20,000. It's a brand-new flat. It's a pretty flash place. Although we did joke about putting an ATM at the front."

The teams had to compete in a two-hour scavenger hunt, which included tasks such as finding what sort of animals are outside University College (lions) and posing for a photo with a live crayfish.

"We've got a free flat for a year to gain and nothing to lose," Tiffany Butler (20) said.

The competition was won by Natalia McCall (20), Logan O'Connell (19) and Richard Clouston (19), who plan to move into their new digs in January.