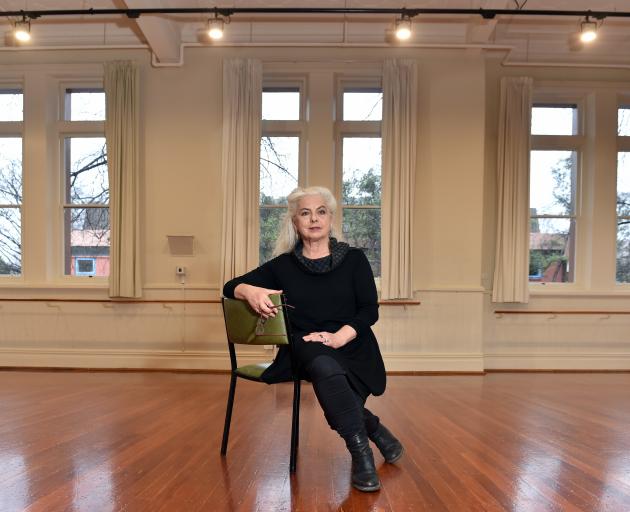 Senior teaching fellow Ali East spoke out after the university confirmed to staff on Thursday, 12 full-time equivalent (FTE) would be cut.

As a result of consultation one technical staff FTE, which was proposed to be cut, was being kept.

The university also confirmed it was removing the dance specialisation from the school, with half an FTE staff member moving to the department of music, theatre and performing arts.

Ms East, who was a student at the school in 1967 and one of the last connections to its founder, Prof Philip Smithells, said he would have been disappointed a key part of the school was being dropped.

She believed the university and the sciences division undervalued the hands-on parts of the school, with outdoor education also on the chopping block.

"There are those within the sciences who don’t see hands-on experiential learning as valid in an academic setting."

Both she and the Tertiary Education Union (TEU) were also concerned at the effect cutting dance would have on the university’s commitment to its Maori and Pacific frameworks, which were  important parts of the discipline.

Despite yesterday’s announcement, she and the TEU were determined to fight for a stronger dance presence at the university.

Retaining one or two papers was not enough and she was calling on vice-chancellor Prof Harlene Hayne to at least retain the minor degree in dance.

Division of sciences pro-vice-chancellor Prof Richard Barker took a different view, saying the changes meant the school was heading for a "much stronger future".

"Because we have addressed the need for change now, I believe the school will have a bright future both nationally and internationally," he said.

Taking into account voluntary redundancies, the changes would save the university about $2million per year.

Prof Barker acknowledged dance and its role in cultural expression was important to Maori and  Pacific people. The division of sciences took the university’s Maori and Pacific strategic frameworks seriously and the school’s senior lecturer in Maori physical education and health  was not included in the management of change process.

"Unfortunately we cannot do everything that we would like and we have had to make some hard choices about dance to ensure that the school stands on a secure financial footing to protect its future," Prof Barker said.

The cuts came amid falling student numbers and poor financial performance across the school.

I attended the Otago University School of Physical Education as an undergraduate from 1987 to 1990, and then again as a Masters student between 1991 and 1993. Philip Smithells – the "father of physical education in NZ" – died in 1977, but even in the late 1980s, his remarkable vision was clear. We were young kiwi adults being asked to dance, do gymnastics, live outdoors, research, study, play, and 'figure stuff out'. His vision – as I now understand it looking back – was of human beings who learned to embody ideas and to tread carefully in the world. He understood that what we come to know is not only through our brains, but in how we move, how we perceive. In other words, as the philosopher Alva Noë says, that we think through action.

--- the rest of this comment can be viewed here: