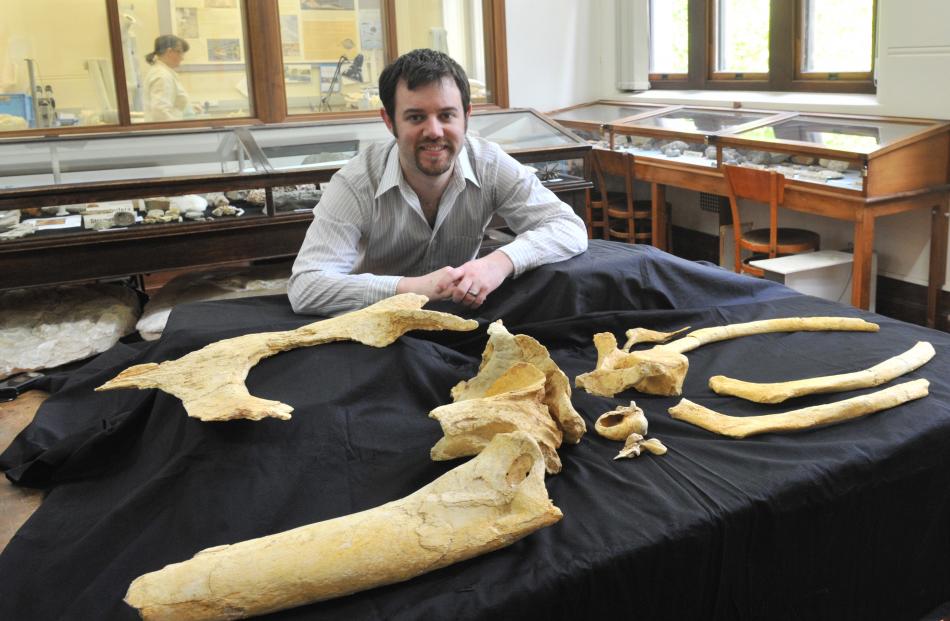 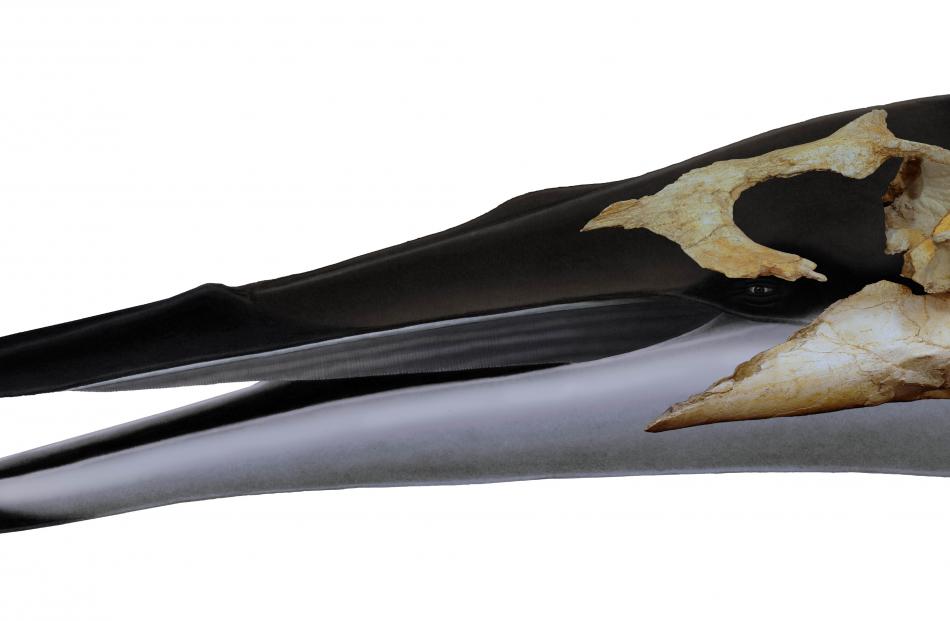 An impression of how a living whale from the new genus Tohoraata ('Dawn Whale') would look, includingthe parts of the skull involved in the fossil discovery. Image by Robert Boessenecker.

Painstaking detective work by University of Otago paleontologists has led to the discovery of a previously unknown genus of ancient baleen whales, now named Tohoraata, or ''Dawn Whale''.

The paleontologists have been rewriting the history of New Zealand's ancient whales by describing this genus of ancient whales, and two species within it.

The two whales, which lived between 25 and 27 million years ago, were preserved as fossils in rock near Duntroon, in North Otago.

The new genus the fossils represent belongs to the toothless filter-feeding family Eomysticetidae. And it is the first time time members of this family have been identified in the southern hemisphere.

Mr Boessenecker said the fossil had subsequently been poorly understood for more than 50 years and only with this study was it proven not to be from its originally attributed genus.

''Often, the best way to solve these mysteries is to go out and dig up another one,'' he said.

Prof Fordyce and his colleagues did just that in 1993 when they collected the partial skull of a second fossilised whale, Tohoraata raekohao, he said.

The research, which forms part of Mr Boessenecker's PhD studies, was recently published in an international journal, Papers in Palaeontology.

He predicted the two fossils would now be regarded as ''landmark''specimens, and a benchmark in the international study of baleen whales.

The researchers named the younger of the two whale fossils, found in 1993, Tohoraata raekohao; it may be a descendant of the elder fossil.

Eomysticetids - the earliest toothless baleen-bearing cetaceans - occupy an important position in the evolution of cetaceans, the latter group including whales and dolphins.

The Eomysticetids were also the earliest-known baleen whales to have fully relied on filter feeding, and provided a previously ''missing link'' between earlier toothed baleen whales and modern whales, he said.john.gibb@odt.co.nz