The University of Otago participated in more than 100 research contracts with AgResearch worth an average of $75,000 between 2002 and 2012.

Deputy vice-chancellor research and enterprise Prof Richard Blaikie released the figures to the Otago Daily Times after being questioned about an email from AgResearch to Science and Innovation Minister Steven Joyce, which played down the importance of the collaboration between the two organisations.

In the email sent in August, AgResearch corporate communications national manager Sarah Fraser said its purpose was to ''refute some of the 'facts' being bandied about'' over the relationship between the university and ''of the loss this will be to New Zealand''.

It said reports the university had significant capital invested in Invermay's Christie building, opened 2008, were incorrect and detailed how much money the university spent with AgResearch, compared with other institutions.

However, in the copy of the email released to the Otago Daily Times under the Official Information Act, the figures were edited out, for reasons of commercial sensitivity.

Prof Blaikie said the university could not comment on what AgResearch ''may or may not have'' said to the minister, ''but, clearly, we would expect the level of collaboration, and the importance of the long-term research relationship between our two organisations to be properly represented in any discussion''.

Between 2002 and 2012, there were 112 research contracts involving the two institutions and the average value of contracts was $75,000. A total of 22 university departments were involved in the projects.

These figures showed the ''wide-ranging nature'' and ''extensive history'' of collaboration between the two institutions, he said.

He declined to comment on Ms Fraser's suggestion AgResearch was exploring the university occupying parts of the Christie building, but confirmed discussions about ''shared utilisation of space or facilities at Invermay'' were in progress.

Ms Fraser said this week that AgResearch ''values the collaboration and links it has with the University of Otago, including their genetics capability''.

''As has already been publicised, we both remain positive about our future relationship,'' she said. 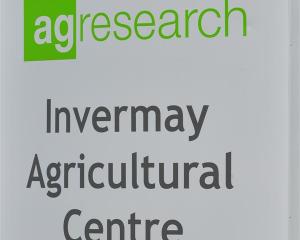