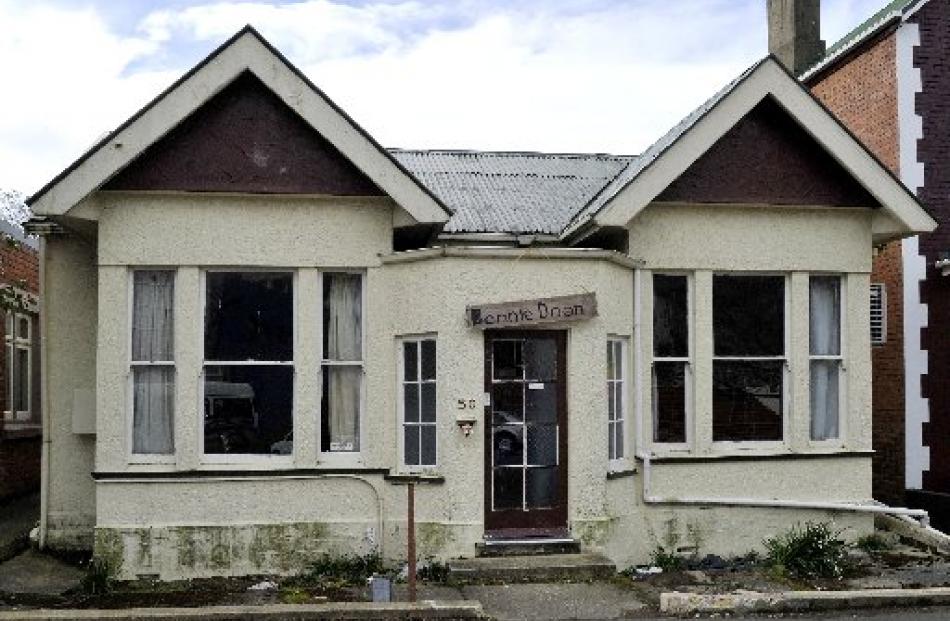 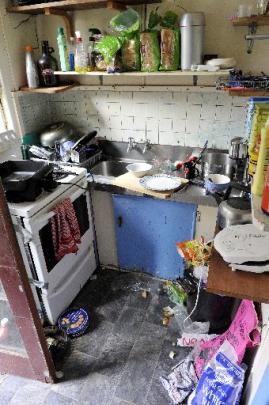 Functionality is key in this Union St West flat. 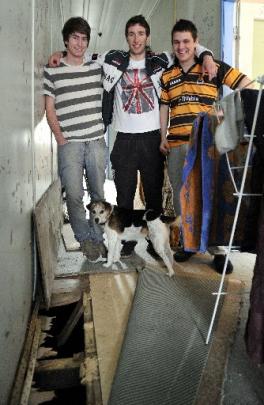 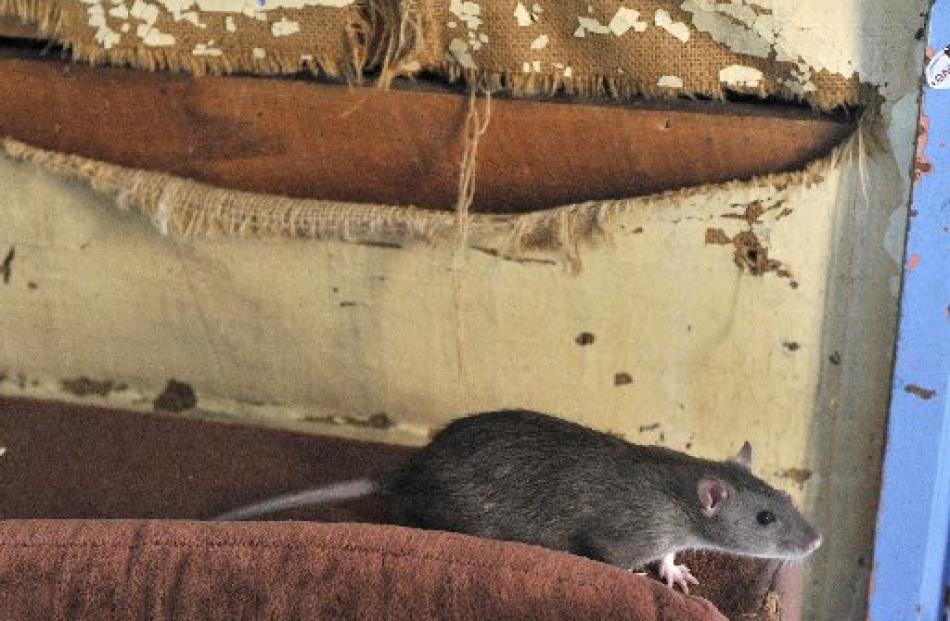 One of four pet rats in the award-winning worst student flat, in Union St West.

The gaping hole in the hallway floor may be a hazard, the four rats in the lounge may be disgusting, and the graffiti-covered walls could make your nana blush, but for five flatmates on Union St West, their flat is simply home.

The flat, "Bonnie Doon", was named by the Otago University Students' Association (OUSA) as the worst in Dunedin, an "honour" for which it will get a full professional clean.

Tenant Rhys Kelly said they entered the competition because they were proud of their flat, despite its many, and varied, flaws.

For $90 each a week they rent the house, which, if it were anywhere other than North Dunedin, "would no way comply to a single required safety standard", he said.

The house is on a lean, the carpet in the lounge is moist and sticky, a drain overflows when the toilet is flushed, and the backyard has been treated as if it were a landfill.

However, the flat's redeeming features include a well-established vege garden, a fire and a sunny deck.

"You only get to live like this once," Mr Kelly said.

The award simply "put a title to what we already know".

Property manager Jenny Martin said the tenants were a great group of guys, but she declined to comment on the state of the flat.

Ms Jackson said about 20 flats entered the competition, which celebrated the best, and highlighted the worst, of the city's flats.

The best flat went to "The Picnic Table" on Albany St, which won $150 worth of grocery vouchers.

Tenant Paul Lawrence believed it was the best flat because it boasted 13 couches, four of which made up a grandstand in the lounge; it had a vege garden, was a social hub, and was sunny.

They overlooked the worst aspects of the flat - parts leaked when it rained heavily, the bathroom floor had rotted out and one room had a "garden growing out of its walls" - because they simply loved living there with each other.

Attempts to contact the owners of both the best and worst flats were unsuccessful.