‘A fair bit of history’ cannot be replaced

By Molly Houseman
0 Comments
Nearly 100 years of history has been lost in a blaze at the Belleknowes Golf Club.

Flames tore through the clubhouse early yesterday, leaving behind only a shell of the building.

It is still not known what caused the fire on the nine-hole course.

Club president Christopher Bruce said the clubhouse was filled with memorabilia, including team photos from across the years, and honours boards.

"It is the home of the club. 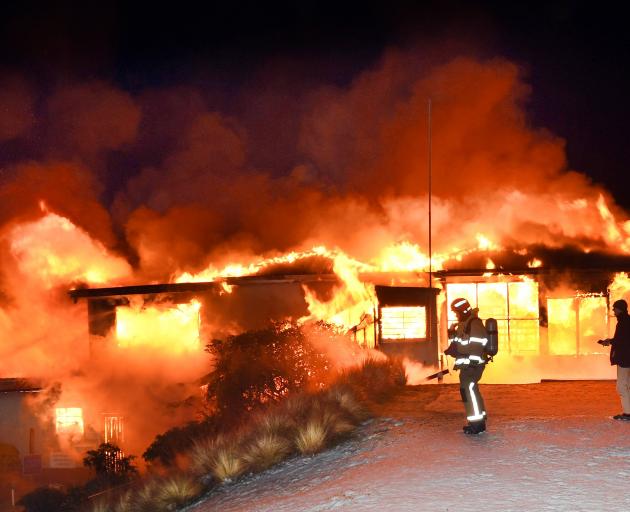 A fire rips through the Belleknowes Golf Course clubhouse early on Tuesday. PHOTOS: STEPHEN JAQUIERY
"There is a fair bit of history that is gone and can’t be replaced."

It was the only building available to the club of about 50 people and was used daily, he said.

"We are still trying to get our heads around what happened."

Mr Bruce said there was a strong sense of determination to carry on and recover.

The building was covered by insurance and a meeting would be held to discuss how the club could continue in the short term, as well as long term.

"We want to make sure that we can survive this. 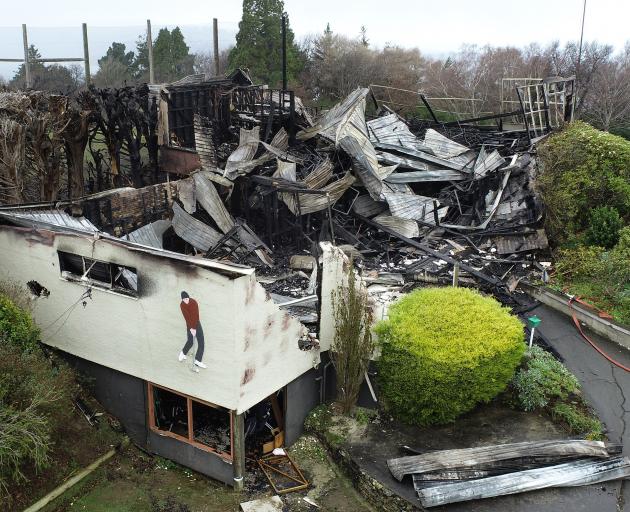 All that remains of the Belleknowes Golf Course clubhouse after it caught fire, just after midnight.
"Our plan will be to carry on and to recover from this — in what form — it is only day one."

The club will celebrate its centennial in 2023.

Mr Bruce said he appreciated the many messages received from both individuals and organisations offering support and assistance.

She had peered out her window to get one last look at the snow before going to bed.

The sky was glowing orange and a fire appeared to be raging nearby.

"It was kind of not what you would expect.

"The colour from the fire was lighting up the smoke and the snowy sky — it looked amazingly huge."

Ms Swan said she could hear "bangs" and "cracks" from her house.

"It was quite dramatic."

Fire and Emergency New Zealand sent four appliances to the scene at 12.17am.

Fire risk management officer Scott Lanauze was called to investigate the cause just after 1am and returned in daylight yesterday.

But the weather once again played its part in hampering that process, he said.

"[It was] a well-developed fire and caused lots of destruction ... it will take time to work out the cause."

Asked if the fire was being treated as suspicious, Mr Lanauze said nothing had been ruled out at this stage.